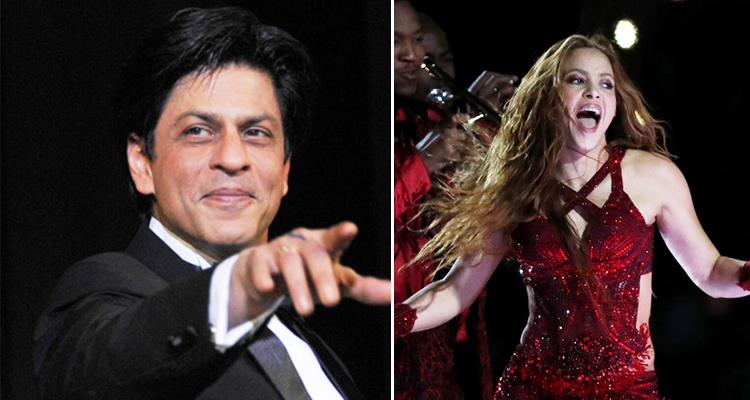 Bollywood superstar Shah Rukh Khan took to social media to express his love for for the 'Whenever' singer Shakira after she performed at half-time at the Super Bowl event.

King Khan, as he is fondly called, on Wednesday praised the beautiful singer for her power-packed performance. 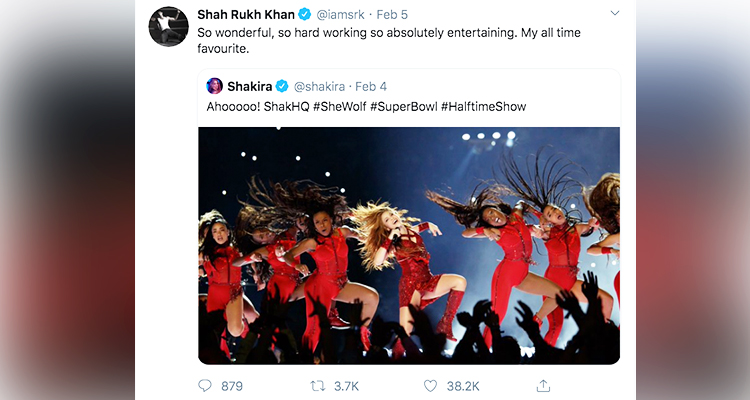 "So wonderful, so hard-working so absolutely entertaining. My all-time favourite," Shah Rukh tweeted.

He also shared a picture in which Shakira is seen clad in a red dress, shaking a leg on the stage.

Shakira also admires SRK a lot. In the past, she had mentioned that she's a big fan of the King Khan.

"@iamsrk I've always been a huge fan... would love to do something together some day! Big kiss, Shak," she had tweeted.