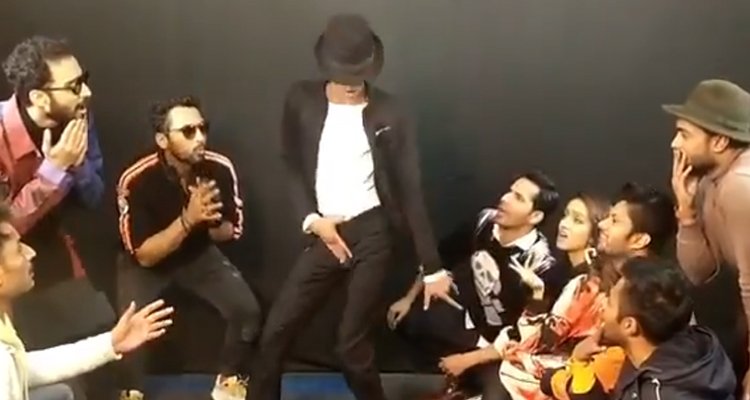 Screen shot of the viral video shared by the Bollywood star.

Varun Dhawan's video of shaking a leg with TikTok star Yuvraj Singh Parihar, popularly known as Baba Jackson, on the neats of the "Muqabala" song, has gone viral.

The video begins with Yuvraj showing a few signature steps of late pop singer Michael Jackson. He also does the popular hook step of "Muqabala" with Varun, Shraddha Kapoor and the other cast members of the forthcoming film "Street Dancer 3D".

Varun took to Instagram and shared a clip of their dance, praising Yuvraj.

"With the one they call @babajackson2019. The real street dancer Bahut maaza ayaaa keep breaking the internet," Varun wrote.

Yuvraj rose to fame after Hrithik Roshan shared his TikTok video on social media and hailed him as "smoothest air walker".

Ever since, Yuvraj's dance moves have been lauded by several Bollywood biggies including Amitabh Bachchan, Raveena Tandon and Remo D'Souza.