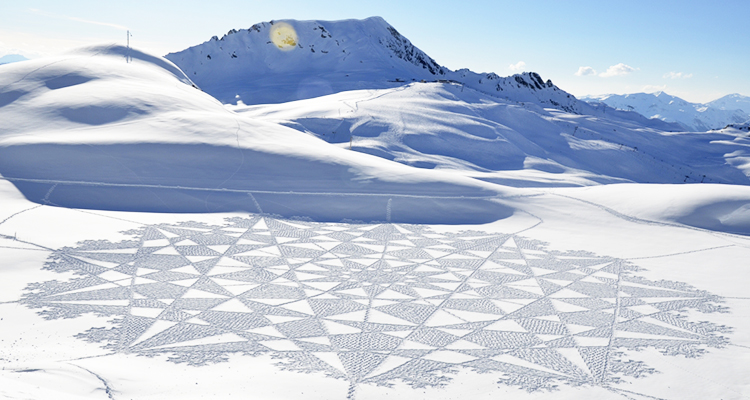 One of Beck's pieces in the snow at the Les Arcs ski resort in southeastern France.

Using a compass, snowshoes and his background as a cartographer and competitive orienteer, the 61-year-old British Artist and a handful of volunteers recently tromped across a frozen reservoir near the ski resort town of Silverthorne, west of Denver, to create a massive, geometrical design on a fresh canvas of snow. 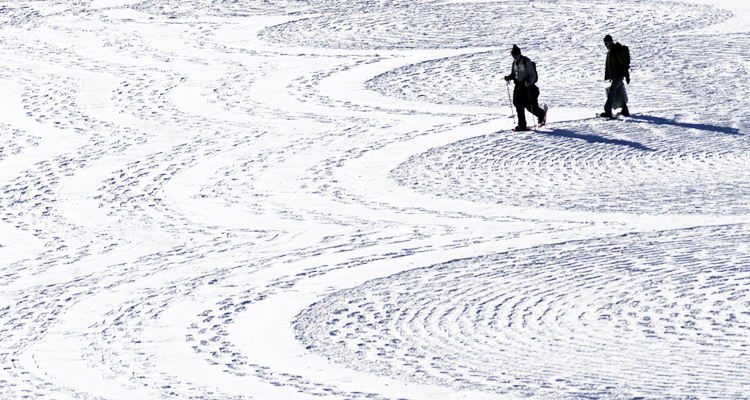 The result after more than a dozen hours of labor in freezing weather and under an unrelenting sun was a spectacular spiral pattern the length of about two soccer fields.

"I hope it makes people more aware of the snow and the environment and the beauty of it and how we need snow,” Beck said after completing the drawing. "And I think it's a really beautiful and unique art form.”

Beck finished his day with high fives from his volunteers and congratulations from people who gathered on a nearby hillside to watch his progress. 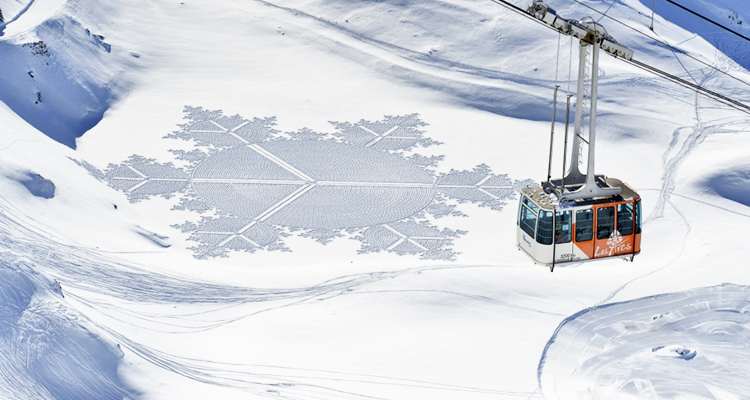 A gondola passes one of Beck's pieces in the snow at the Les Arcs ski resort in southeastern France.

But it hasn't always gone this smoothly. It's never clear how many workers will show up. And if bad weather rolls in, an intricate piece of art can quickly disappear.

Beck started making fractal drawings in snow in 2004 outside his winter home at France’s Les Arcs ski resort when he trampled out a five-pointed star spanning more than 300 feet (91 meters) "just for a bit of fun.” 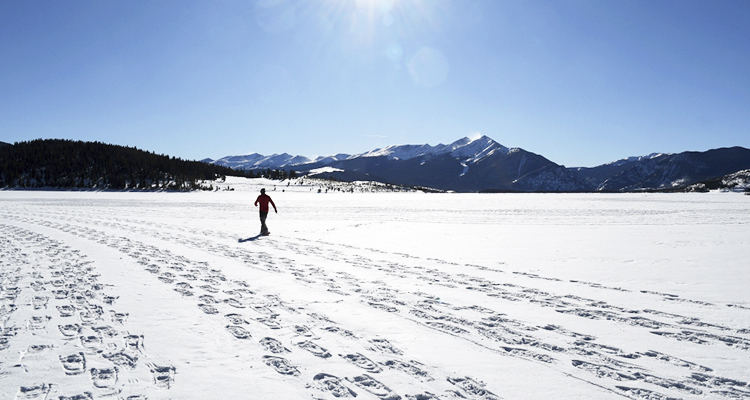 He didn’t realize how good it looked until he rode a ski lift the next day and saw it from above.

"Snow drawing, which to me seems like a fairly obvious idea, was not something anyone else had ever done as far as I could tell, and I was really surprised by that,” he said.

Beck has completed about 330 snow drawings and 120 in sand, and has set a goal of 1,000 total drawings by the time he's 80. His drawings are commissioned around the world, he has published a book, and he has attracted a dedicated fan base. 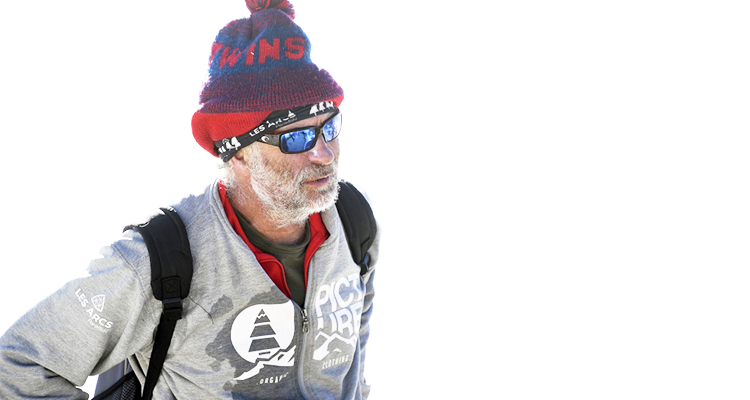 Carolyn Tiller, who has been following Beck’s career for three or four years, watched his progress on the reservoir and delivered him and his crew cookies and spiked cocoa.

The 62-year-old retired gemologist said Beck's art reminds her of her childhood playing with a Spirograph, the classic toy that makes it easy to create detailed geometric drawings.

"They say the greatest journeys start with one step, and that's a perfect example.” 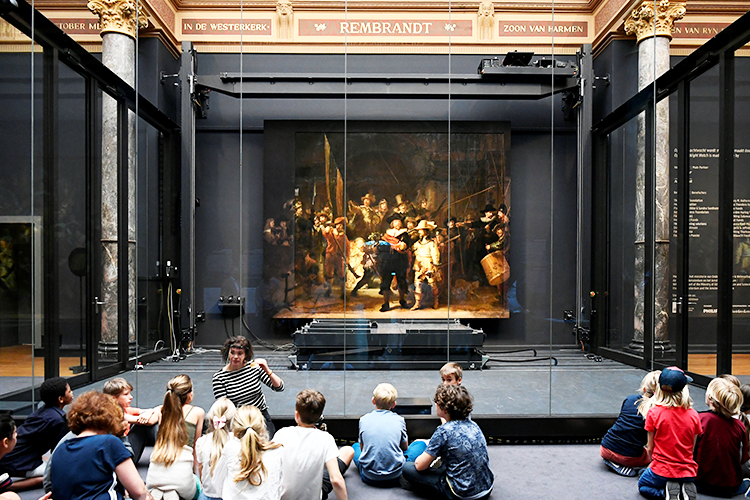 Based on a small 17th century copy of "The Night Watch", scientists used artificial intelligence to recreate the missing sections, which have been printed and mounted around the famed artwork. 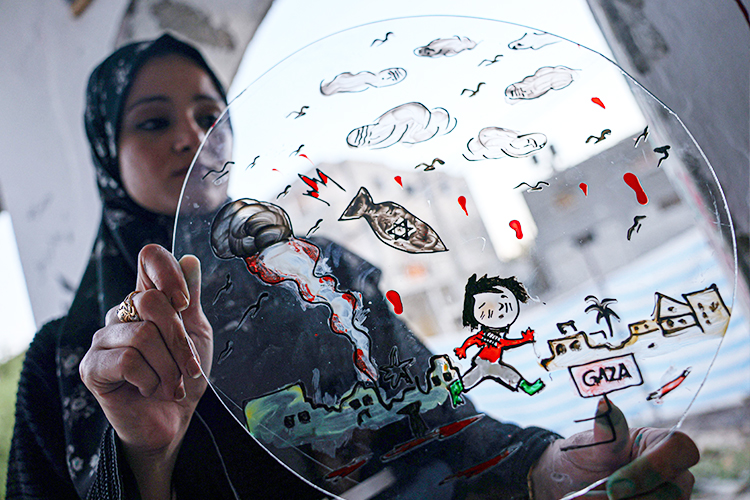 Using glass and pieces of her broken home, Palestinian artist Saja Moussa creates art like no other

Even for the young Palestinian artist, Saja, who uses what is left of her once beautiful home as a canvas for her artwork.

According to Aniston, this includes constant questions about her relationships and whether she is going to have children, with the actress revealing that even those in her personal circle fall victim to gossip.