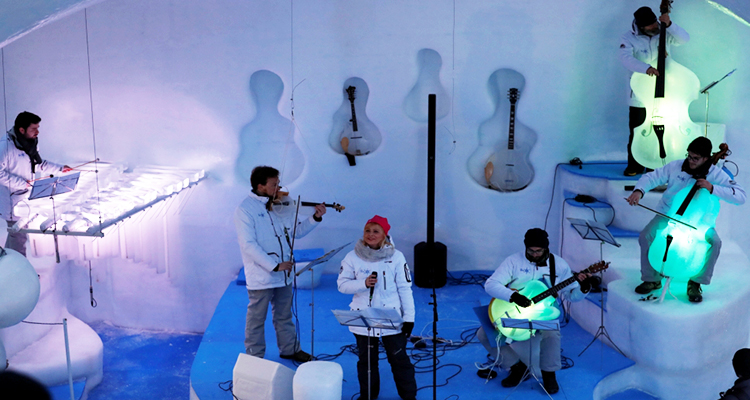 Musicians play instruments made from ice during a performance at the Ice Music Festival in an igloo.

Forget strapless gowns and skimpy dresses. Audiences to this Italian music concert, with instruments made of ice, need to dress for arctic conditions as the venue is in an igloo on top of a glacier.

The Ice music Festival takes place in the specially built, 300-seat igloo some 2,600 metres (8,500 ft) above sea level on the Presena glacier in northern Italy that experts say is shrinking due to global warming. 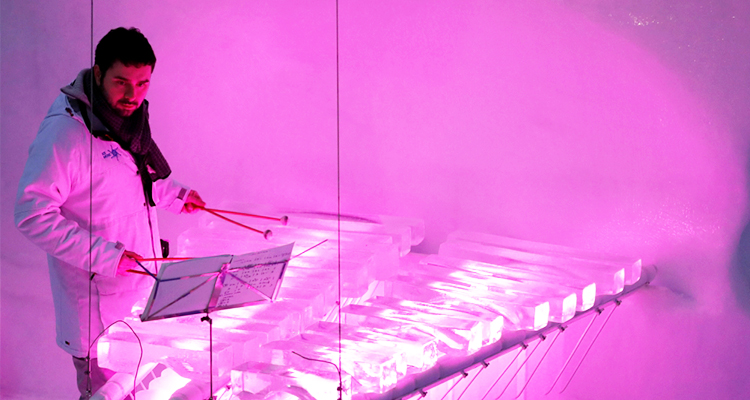 A musician plays a xylophone made from ice during a performance at the Ice Music Festival in an igloo.

The spectacular backdrop is under threat. The glacier has lost over a third of its volume since 1993 and needs to be covered by thermal sheets in summer to keep over 90,000 square metres (969,000 square feet) of its surface from melting.

"The Presena is the last glacier under 3,000 metres in the Alps... We are still able to build this igloo... but if the climate changes, we will not be able to live this kind of experience," said Michele Bertolini, an official from the nearby Pontedilegno-Tonale ski resort. 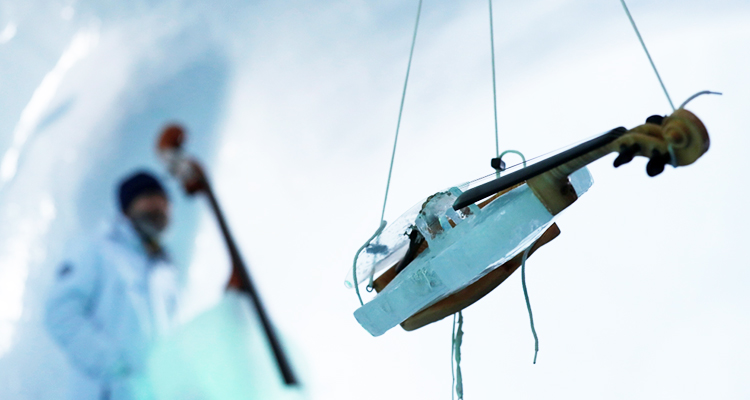 A violin made from ice is displayed at the Ice Music Festival in an igloo at 2,600 metres above sea level.

The organisers needed some 10,000 cubic metres (10 tonnes) of snow and more than two months to build the theatre which hosts 54 concerts ranging from jazz to pop and classical to traditional music from early January to late March.

"It's a giant long process to build the thing," said Tim Linhart, an American artist and musician who has honed his skill making instruments from ice over 10 years and founder of the which is now in its second year. 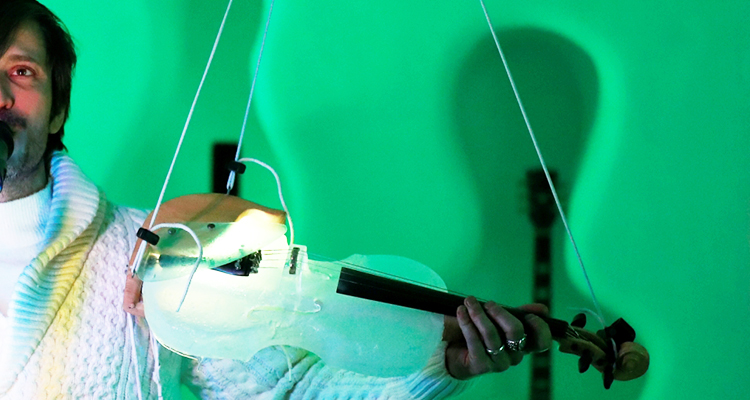 A musician plays a violin made from ice during a performance.

The construction of the ice instruments was equally complex.

"Each instrument has its own difficulty either because it is so fine and delicate and easy to break ... or it is so big and heavy it is hard to pick up and move around," Linhart said.

But the musicians make it look simple to play the instruments in front of a public dressed in full ski gear with temperatures hovering around freezing levels.