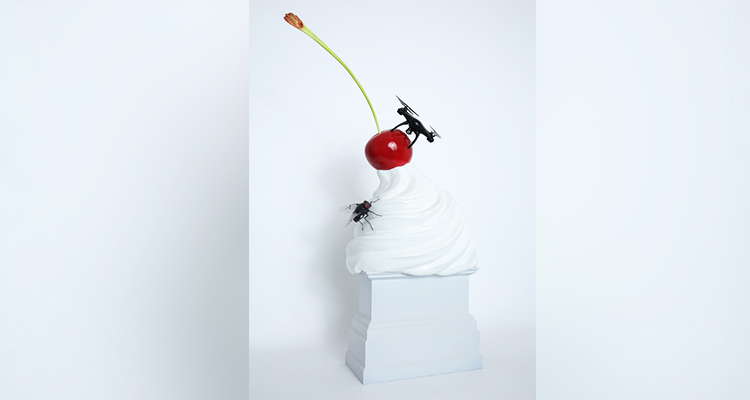 A sculpture titled 'The End' by British artist Heather Phillipson.

A giant swirl of replica whipped cream, topped with a sculpted cherry, fly and drone, is to appear in London's Trafalgar Square for the next two years, the mayor's office said Tuesday.

The artwork -- titled "The End" -- is the latest sculpture to be commissioned for the empty fourth plinth in the world-famous landmark.

Created by British artist Heather Phillipson, who works in video, sculpture and drawing, the drone will also transmit a live feed of the square.

It will be visible a dedicated website, "giving a sculpture's-eye perspective", curators said.

"'The End' responds to Trafalgar Square as a site of mass gathering, celebration, protest and personal broadcast, shared with other forms of creaturely life," they added in a statement.

Organisers described "The End" as "exuberant, uneasy and suggesting hubris and impending collapse", without elaborating on the inspiration for the symbolic disintegration.

Its March 26 unveiling will come nearly two months after Britain's expected exit from the European Union, which anti-Brexit campaigners fear could spell political and economic ruin.

Trafalgar Square was also the focus last year of protests by climate change activists warning about the future of the planet.

The square has large stone plinths in each corner, three of which bear permanent statues. The fourth was never completed.

Phillipson's new work is the 13th sculpture to be featured on the empty plinth since a programme to commission artists to create new works for the space began in 1998.

It replaces "The Invisible Enemy Should Not Exist”, a reconstruction made from date syrup cans of an ancient Iraqi statue destroyed by Islamic State group jihadists. 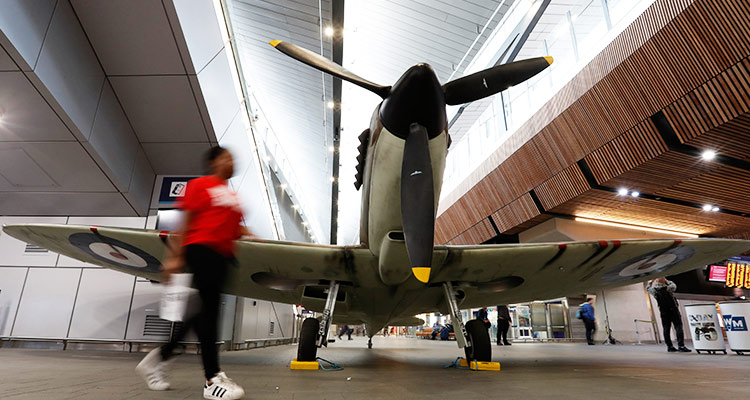 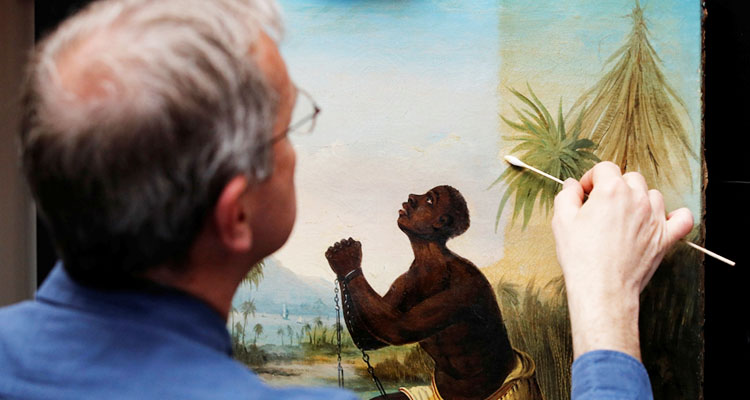