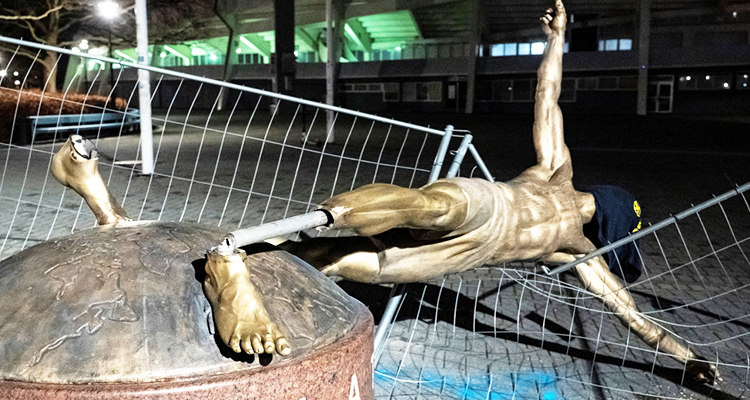 The damaged statue of soccer player Zlatan Ibrahimovic next to Stadion football arena in Malmo.

The statue has been the target of numerous attacks since the Swedish footballer invested in Stockholm-based Hammarby, angering supporters of Malmo FF, the club where he began his professional career. 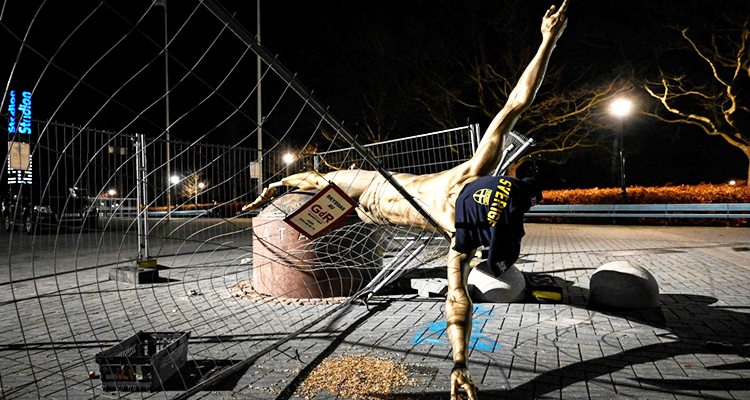 In November, a day after his investment in Hammarby, Ibrahimovic filed a "hate crime" complaint after the statue was attacked with fire and paint and the word 'Judas' daubed across the front door of his Stockholm home.

In the latest incident the statue had collapsed against the barrier protecting it, its feet partially chopped off.

"A vandalism complaint has been lodged," a police spokesperson told AFP.

There are calls from local inhabitants for the statue outside Malmo's city stadium to be moved. 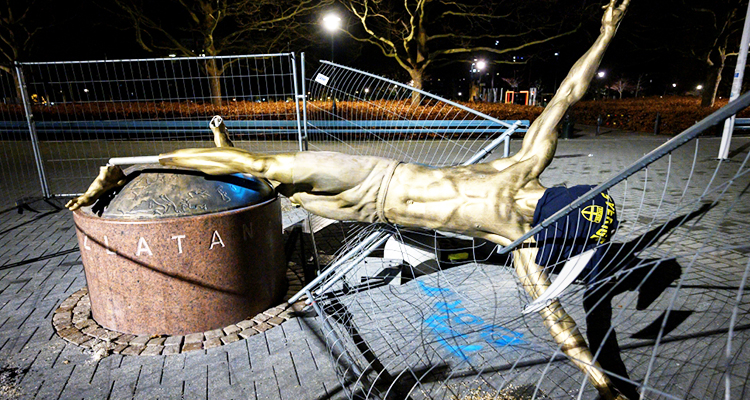 There are calls from local inhabitants for the statue outside Malmo's city stadium to be moved.

"I can understand that many people are disappointed in Zlatan's behaviour but vandalising a statute is simply unworthy. Better to express your dissatisfaction in a democratic way," Malmo deputy mayor Frida Trollmyr told AFP.

A citizens' initiative to move the sculpture will be considered in February, she added.

Ibrahimovic, 38, is set to make his debut for former club AC Milan in Serie A on Monday after signing a six-month contract with the former European champions last week. 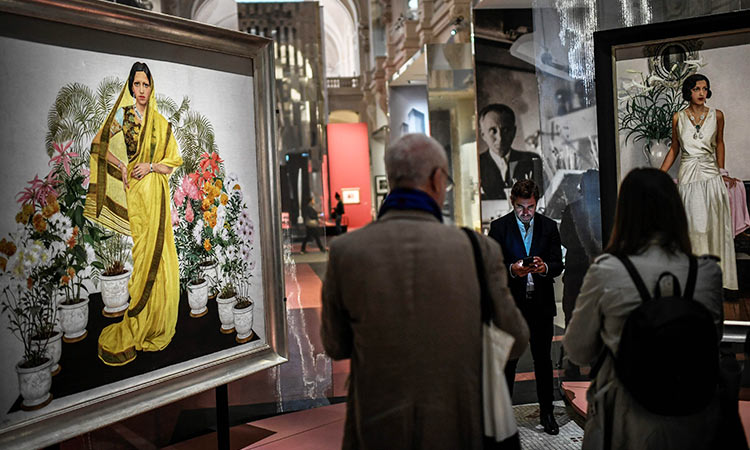