Disney's 'Star Wars' stays on top, but Sony has a big weekend - GulfToday 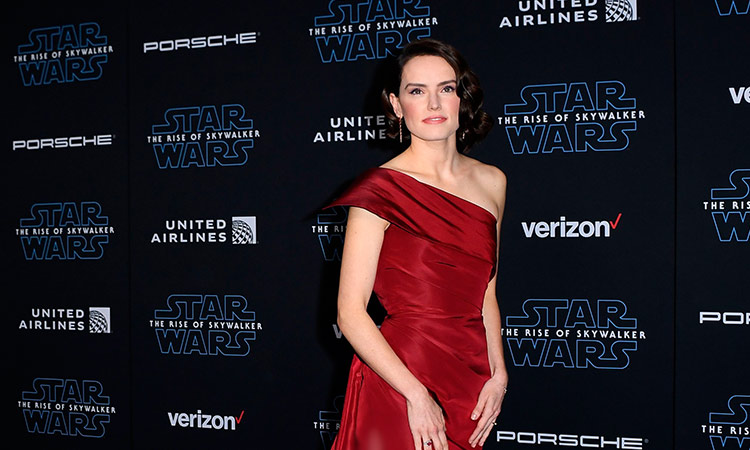 That brought the three-week domestic total for the Disney film — marketed as a grand finale of the nine-film "Skywalker Saga" — to $451.6 million. It has taken an additional $468 million overseas, as it inches closer to the $1 billion mark overall.

Holding onto the second spot again was Sony's "Jumanji: The Next Level," an action sequel with Dwayne "The Rock" Johnson and Kevin Hart, which took in $26.2 million for the Friday-through-Sunday period.

Elle Fanning Women expected to be jealous in Hollywood

Overall, it was an impressive weekend for Sony, which had three films in the top five. Its "Little Women" moved up from fourth last weekend to third, with a take of $13.6 million.

The Greta Gerwig-directed version of Louisa May Alcott's classic novel has drawn strong reviews from critics.

Many were irate that it missed out on nods for best director or best film at the weekend's Golden Globes. Saoirse Ronan did get a best actress nomination for her role as Jo March, but lost to Renee Zellweger ("Judy").

Disney grabbed fourth spot with "Frozen II." The animated musical about Queen Elsa and her gang took in $11.9 million in its seventh week out.

With an accumulated global total of $1.3 billion, it has become the top-grossing animated film of all time, surpassing "The Incredibles 2," Disney said.

Yet another Sony movie, new release "The Grudge," placed fifth at $11.4 million. The supernatural horror film is a remake of a 2002 Japanese movie.

The movie got a rare "F" rating from audiences — the lowest possible grade. It is only the 20th film in 40 years to do so, according to the CinemaScore website.