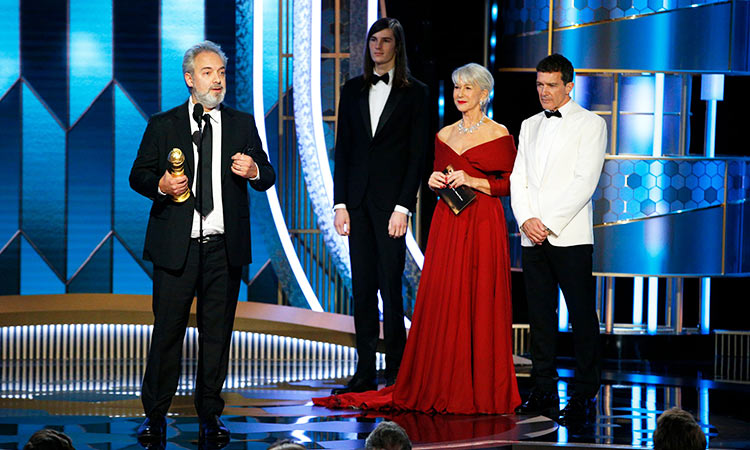 Stars arriving under bright California skies in couture gowns and extravagant jewels were greeted by the British comic's signature cutting one-liners at the awards ceremony, the first of the year building up to next month's Oscars.

"Let's go out with a bang, let's have a laugh at your expense, shall we?" joked Gervais, hosting the awards for the fifth and final time, before tearing into the industry. 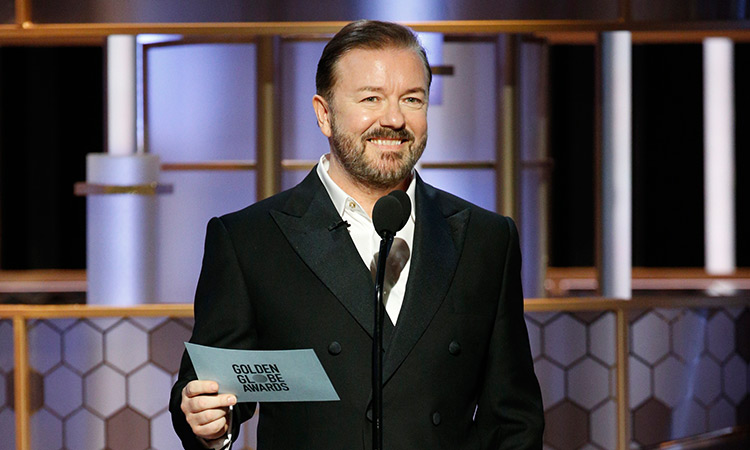 "Goodness me, that is a big surprise," said a stunned Mendes.

"1917" follows two British soldiers through the trenches in World War I, and is filmed to look like one continuous, two-hour-long shot. 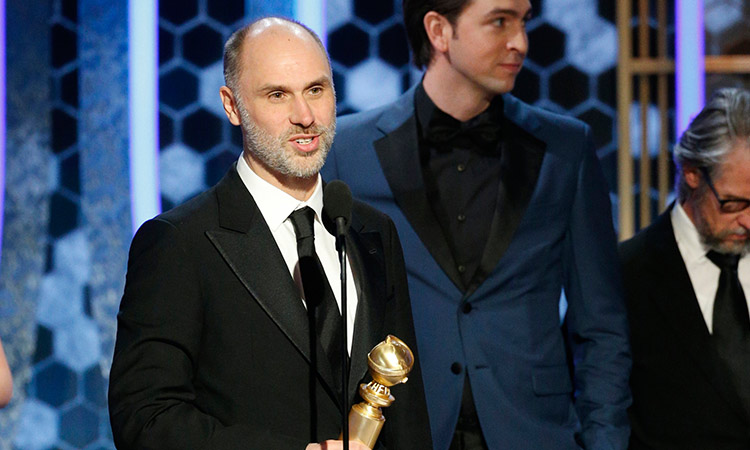 However, Tarantino won the best screenplay gong and Brad Pitt took home best supporting actor honors for "Once Upon a Time... in Hollywood."

The homage to 1960s Tinseltown resonated with the 90-odd members of the Hollywood Foreign Press Association (HFPA), which doles out the prizes.

Wins at the Globes help build key momemtum for the Oscars. In 2019, the HFPA correctly picked the Oscar winner in every film category except for best musical score.\ 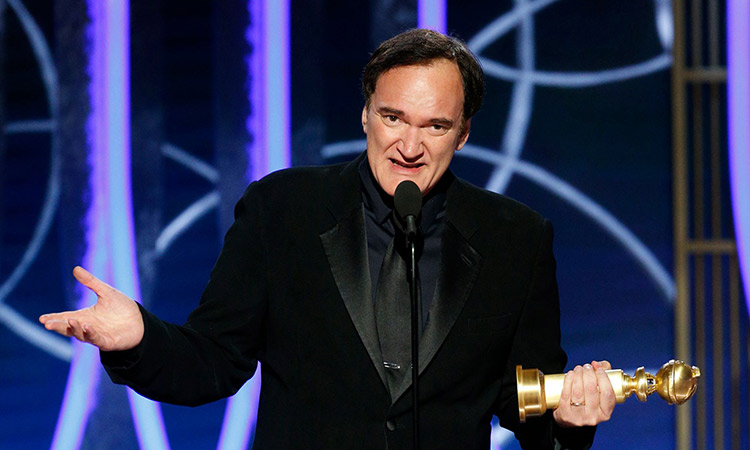 Quentin Tarantino accepts the award for Best Screenplay - Motion Picture for "Once Upon A Time... In Hollywood." Reuters

Oscar nominations voting is already under way, but does not close until Tuesday.

"It was one of the most emotional moments of my life to win this, the first time I've ever won an award with him," said John, referring to longtime collaborator Bernie Taupin. 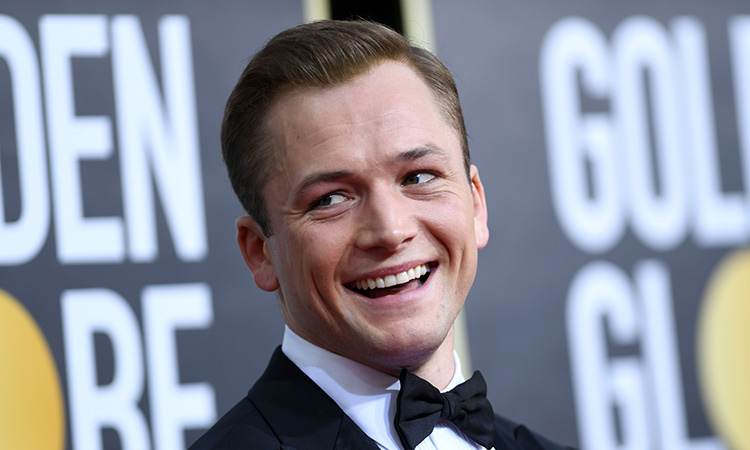 In his opening speech, Gervais tackled topics haunting the entertainment sector including #MeToo, lack of diversity, and the streaming wars, to name but a few.

An off-colour joke about British actress Judi Dench and the critically slammed film "Cats" was bleeped out by censors. 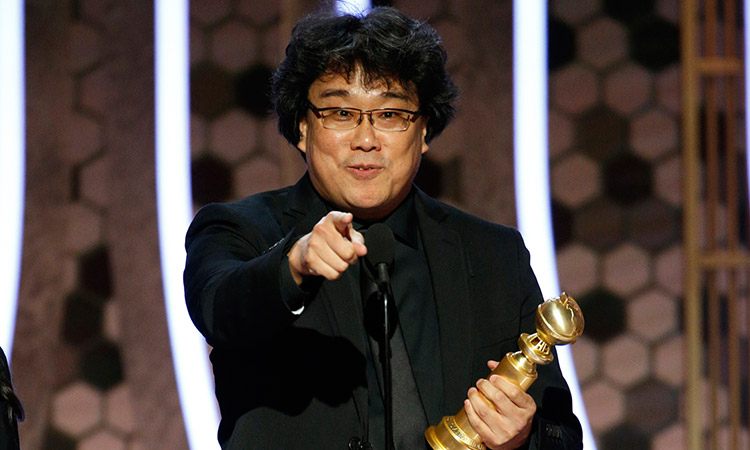 Beyonce and husband Jay-Z were in attendance to watch a starry list of award presenters including Pitt, his co-star Leonardo DiCaprio and Jennifer Lopez ("Hustlers").

Among the Globes handed out on the TV side, HBO hit "Succession" won best drama, fending off Netflix's flagship "The Crown." Its star Brian Cox won for best actor. 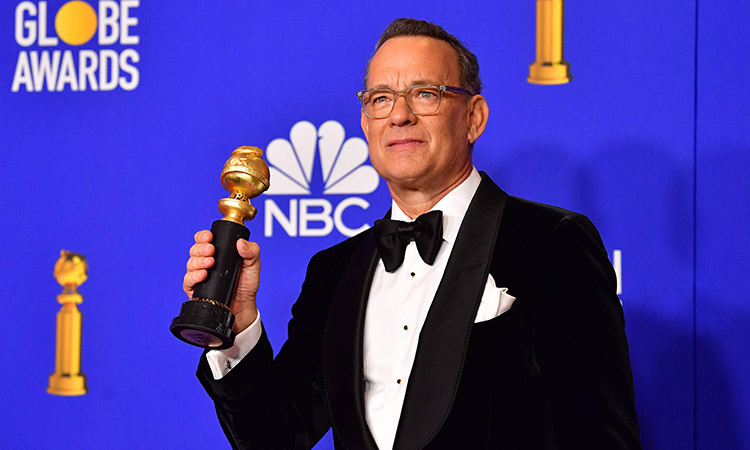 Tom Hanks poses in the press room with the Cecil B. Demille award. AFP

Netflix — which has disrupted the film industry in recent years — began the night far ahead of the traditional Hollywood studios with 17 Globe movie nominations.

It has multiple frontrunners to scoop the night's most prestigious film prize, best drama — including Martin Scorsese's gangster epic "The Irishman," "Marriage Story" and "The Two Popes."

Warner Bros. dark comic tale "Joker" and "1917" round out the category. 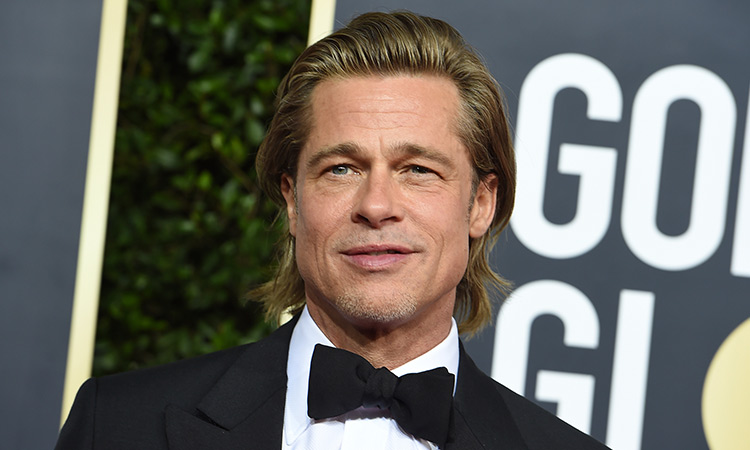 "This show should just be me coming out, (saying) 'You win everything, Netflix, good night," joked Gervais. 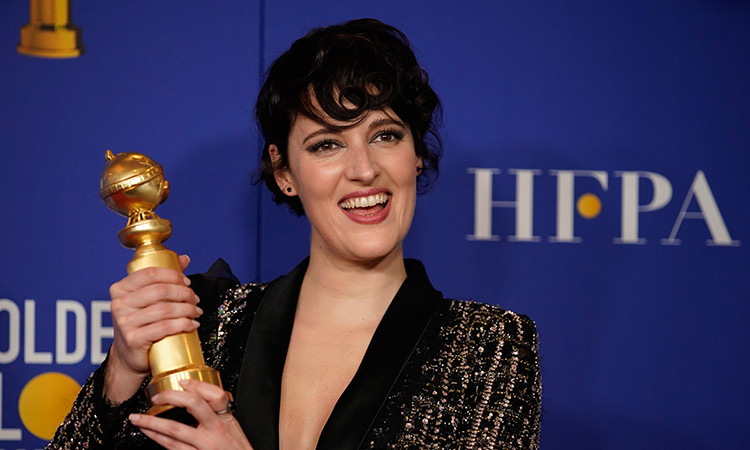 Phoebe Waller-Bridge poses backstage with her award for "Fleabag." Reuters

Netflix also has Eddie Murphy's comeback vehicle "Dolemite Is My Name" in the best comedy or musical race — unlike the Oscars, Globes organizers split films into two categories.

In the drama acting categories, Joaquin Phoenix is favourite in a crowded field for his radical portrayal of the villainous anti-hero in "Joker."

But Driver's intense turn in "Marriage Story" has generated significant buzz, while the ever-popular Antonio Banderas has been hailed for a career-best performance in Pedro Almodovar's "Pain and Glory."

Renee Zellweger looks in a formidable position to pick up the best actress gong with Judy Garland biopic "Judy." 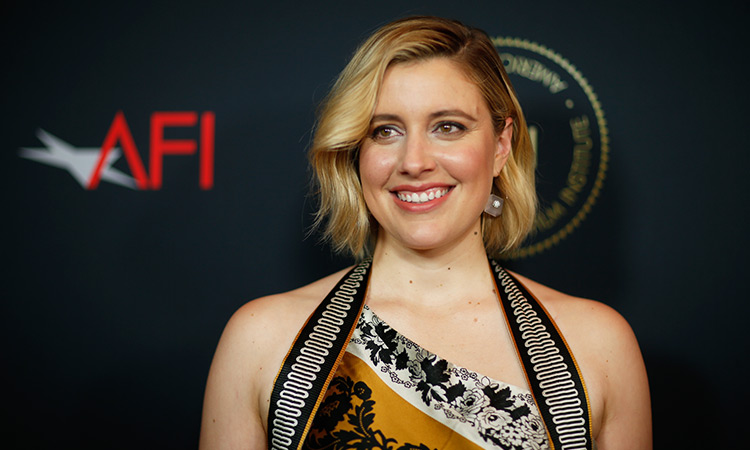