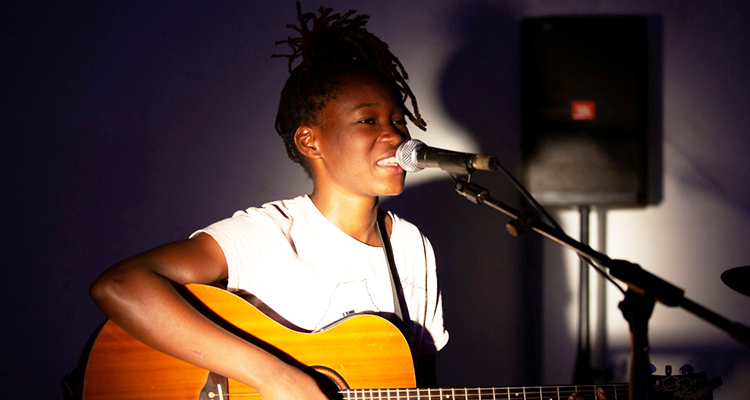 Plucking the opening bars of her song "Te Rembi" on a guitar in a dingy studio in central Kinshasa, Congolese singer Celine Banza is blinded by a spotlight propped up by a brick and a piece of folded cardboard.

The 22-year-old is still getting used to the glare of the limelight after winning the prestigious Radio France International Discovery Award in November, a prize that celebrates African musicians and which she hopes will jumpstart her international career.

In previous years the gong has gone to musicians such as Ivory Coast's Tiken Jah Fakoly and Mali's Amadou and Mariam who had already toured the world and earned global fame. 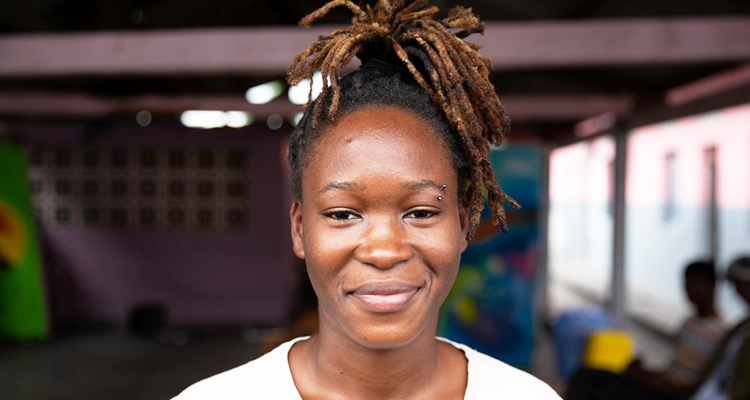 Congolese singer Celine Banza poses for a photograph outside a practice studio.

"I can't believe this is real," said Banza in the dilapidated studio at the back of the French Institute in the Congolese capital as she practises with her band.

"I'm honoured and proud ... but the celebrity does not mean anything to me. I'm still Celine."

Congo has a long established reputation as a centre of musical innovation, with much of its music since independence from Belgium in 1960 drawing inspiration from Cuban rumba, which is echoed in Banza's lilting melodies.

She started singing at a young age with her school choir before moving to Kisangani, a city in the centre of the country, where she met people who helped her develop a taste for music, dance, acting and cinematography. 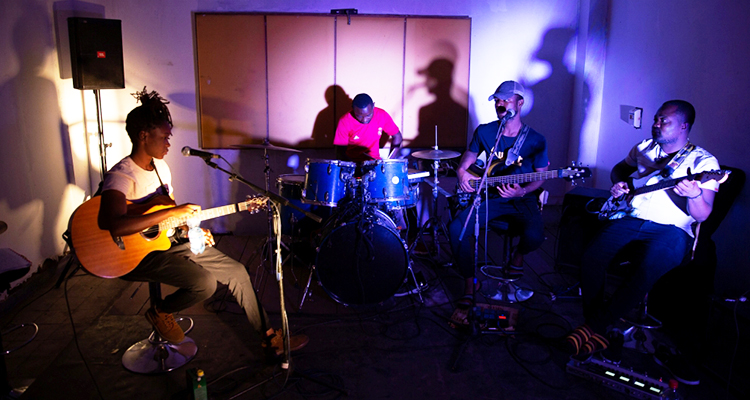 Her lyrics are in Ngbandi, a language spoken in the north of the Democratic Republic of Congo.

She returned to Kinshasa at the age of 15 and later studied musicology at the National Institute of Arts where she met her three bandmates.

"The work we have been doing for a while didn't fall from the sky, we have to work hard," Banza said.

Her prize-winning song "Te Rembi", which means "My body", is about asserting her value as a woman beyond the male gaze.

Her lyrics are in Ngbandi, a language spoken in the north of the Democratic Republic of Congo. 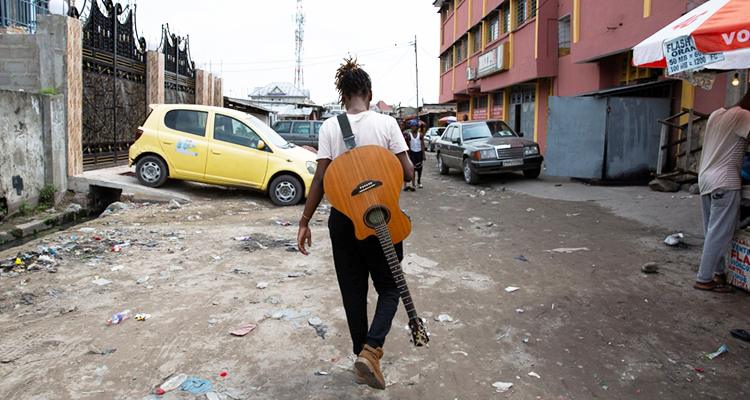 Celine Banza walks through her neighbourhood in central Kinshasa.

"You think you can buy my soul with your assets. You confuse me with a commodity and a slave," she sings in Ngbandi, a language she shares with the country’s brutal former dictator Mobutu Sese Seko.

Banza rejected the temptation to sing in a more popular language like French or English because she wants audiences to know her culture and identity.