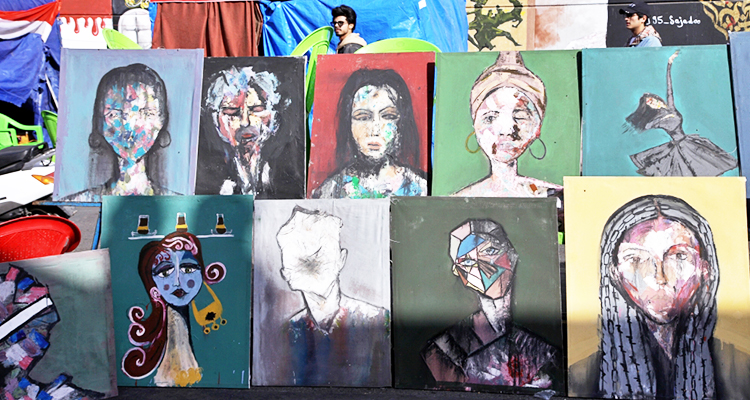 Paintings by protesting artists are displayed on a tunnel during ongoing anti-government protests in downtown Baghdad, Iraq.

With them were posters depicting protesters who have been killed in anti-government demonstrations in the past three months.

One sculpture showed a protester with a tear gas canister in his eye. Another showed a volunteer tuk tuk driver next to his three-wheeled vehicle who was killed while evacuating wounded protesters during clashes. 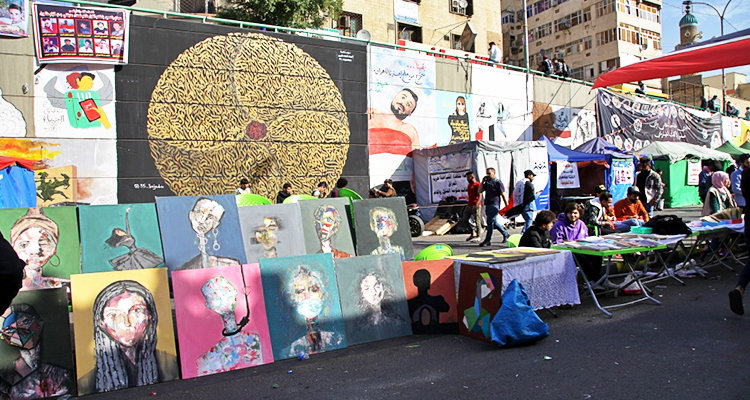 Paintings by protesting artists are displayed on a tunnel during ongoing anti-government protests in downtown Baghdad.

A third illustrated a protester’s hand flashing the victory sign and coloured by the Iraqi flag.

For Iraqi artist Mahdi Qarnous, 53, the exhibition that was recently inaugurated in Baghdad’s central Tahrir Square - the epicenter of Iraq's anti-government protest movement - is a personal contribution to the movement.

It is aimed at immortalizing fellow protesters killed and kidnapped during the demonstrations that have engulfed Iraq since Oct. 1.

It is also a way, he says, to allow young, talented Iraqis to channel their talents away from violence. 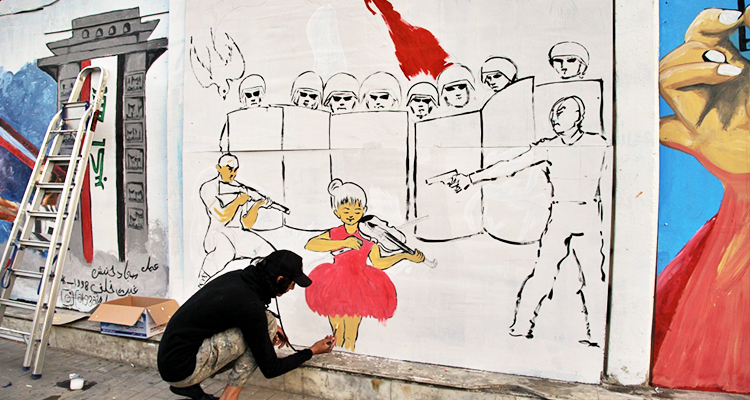 An Iraqi street artist works on a mural in Tahrir square during anti-government demonstrations in Baghdad.

Iraq has been roiled by protests that have left at least 490 people dead, the vast majority of them demonstrators killed by security forces firing tear gas and live ammunition.

Qarnous said he recruited seven uneducated and unemployed young protesters from Tahrir Square, put them through an intensive six-week course that he personally funded and after three weeks they were able to start their own art projects.

"We see this activity as part of the ongoing protests and a memorial monument for our martyrs and our abducted fellow protesters,” he said.

Tahrir Square has emerged as a focal point of the protests, with protesters camped out in tents. Dozens of people took part in the simple opening of the sculpture exhibition on a recent day. 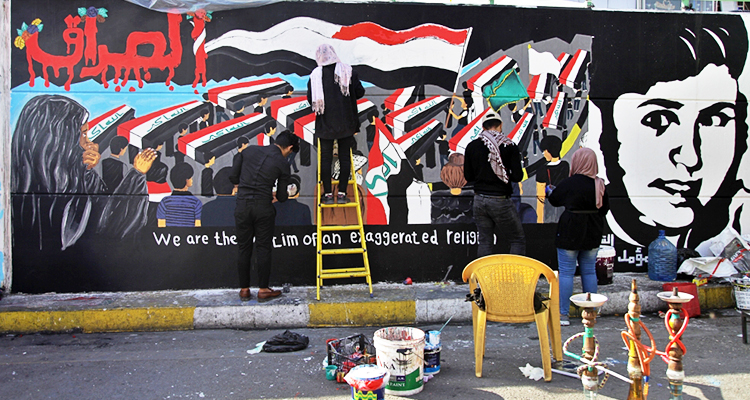 None of the art trainees who were presenting their work attended the event, however, and their names were withheld due to security concerns.

"The current regime produced a generation that is poor in producing and cherishing arts. ... You see here in this exhibition that our people have potential but lack the path,” said Qarnous.

Murtada Muthanna, 23, an artist and activist, said the exhibition is a message to the world.

"It says we are a people with inspirations for life not death. Our revolution is peaceful and we are seeking reform not destruction,” he said.