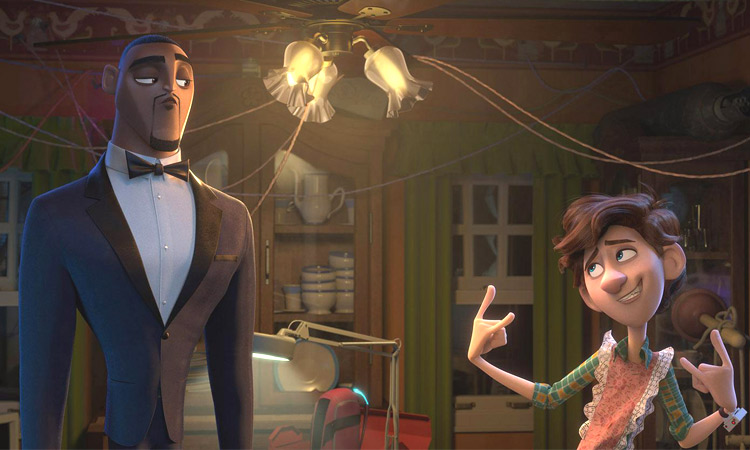 Will Smith (left) and Tom Holland play a James Bond-like secret agent and his Q-like gadget man in "Spies in Disguise." TNS

Super spy Lance Sterling and I have something in common at the beginning of “Spies in Disguise”: We both dislike pigeons to a great degree. In fact, Sterling (voiced by Will Smith) even goes as far as calling them “Rats with wings.”

My dislike for them, however, stems from something quite silly. Pigeons are everywhere, visible yet invisible. They firmly invade the ground we walk on and no amount of shooing will make them fly away. And, when they do fly, they tend to do so at eye level. I always feel like I’m going to be hit by a pigeon in the face because they fly at me (or maybe it’s because I’m short).

The movie, unlike the birds, is very impressive. Sterling is “the world’s greatest spy” and the star of his agency which is headed by a tough boss, Joy Jenkins (Reba McEntire). While on a mission to defeat a supervillian with a robotic arm (Ben Mendelsohn), Sterling discovers that his macho gadgets have been replaced with kitty holograms and glitter. Even though he effectively incapacitates his foes, he is furious and seeks out the young goofy gadget inventor Walter Beckett (voiced by Tom Holland) and fires him.

Walter is an oddball who believes in fighting bad guys in a kind way. For him, violence is not the answer. This leads him to inventing gadgets like the multi-pen, which looks like a harmless multi-coloured pen but can shoot “serious string” to tie up bad guys, spray a lavender-scented truth serum and release an electrical pulse that temporarily turns muscles into a useless rubbery mass.

There is also Kitty Glitter, which utilises colourful glitter and images of kittens to diffuse situations by calming people down. “Glitter makes people happy,” says Walter, multiple times throughout the movie (my box of glitter proves it). There’s even a gadget called the inflatable hug which wraps you up in a protective balloon. 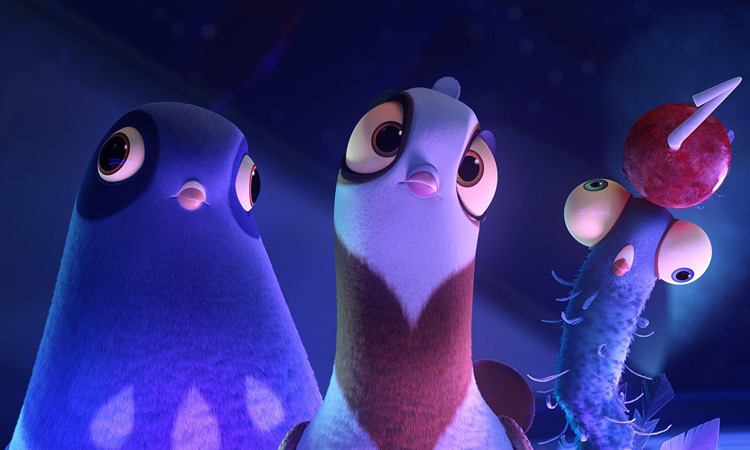 "Spies in Disguise" is a comedy about secret agents and pigeons. TNS

Because of all these “weird” inventions, no one at the agency takes Walter seriously.

The tables turn when the arrogant Sterling finds himself at the centre of an internal affairs investigation led by the Marcy (Rashida Jones), Eyes (Karen Gillan) and Ears (DJ Khaled). Sterling is accused of theft, sabotage and treason and needs Walter’s help to go off the grid. At Walter’s home lab, he gulps down a mysterious liquid which, he believes, would turn him invisible but instead finds himself transformed into, you guessed it, a pigeon!

Walter is a big fan of pigeons; his roommate and best friend is a pigeon named Lovey. He also knows a great deal of facts about them, which he goes on to list to the unamused Sterling who just wants to be “unbirded.” Lance likes to fly solo, unlike pigeons who always go by a flock system. So his mission to save the world is crashed by a couple of actual pigeons along with Walter.

“Spies in Disguise” provides a lot of laughs in this gun-free spy movie. The movie’s strengths lie in the underlying James Bond theme (at one point in the film, Walter renames himself “Bond, Hydrogen Bond”), the multitude of bird puns (“I didn’t mean to ruffle your feathers”) and the extremely creative and cute gadgets. It is hard to keep a straight face when there is so much tomfoolery at play.

The lessons are aplenty: Weird is good; you don’t have to always fight fire with fire; and it doesn’t hurt to be part of a team. This enjoyable family film has a stellar voice cast and is a must-see for anyone who enjoys odd-couple comedies.

As for me, I think I kind of like pigeons now. Maybe just a teensy weensy bit.

Time (or rather, a walk in the park) will tell.