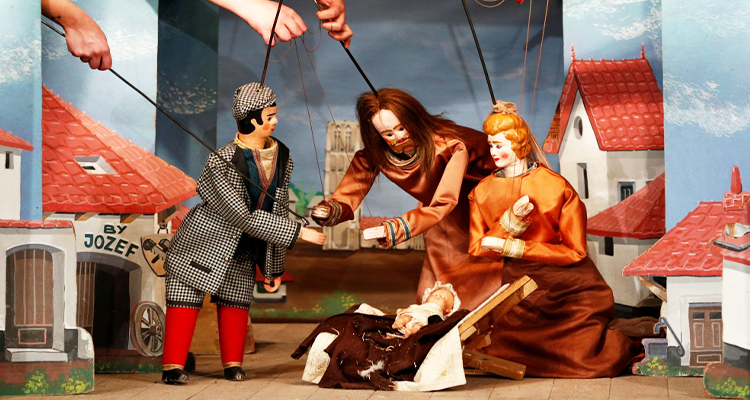 A Brussels puppet theatre as old as Belgium itself is staging its Christmas nativity show this year with a dash of Monty Python humour added to the traditional story of Jesus's birth.

"It's like a parody, a little bit like Monty Python's Life of Brian. We don't mean to be disrespectful, but...it's not the Bible, really," said Nicolas Geal, director of the Royal Theatre Toone in the Belgian capital.

"I don't know whether I will go to heaven or hell for playing this," he added with a smile. 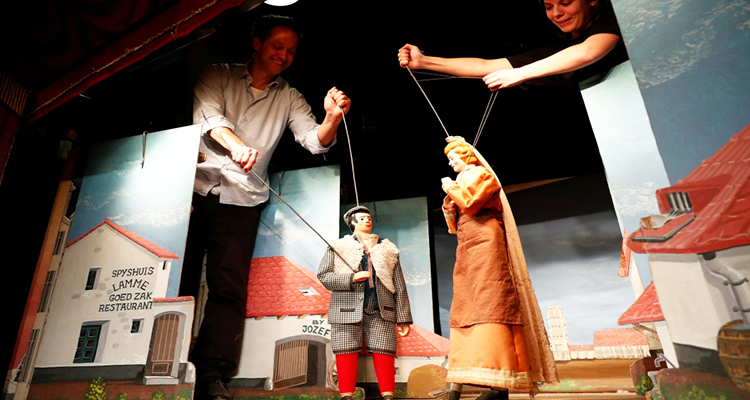 Life of Brian, a 1979 film written by Britain's Monty Python comedy group, is the satirical tale of a Jewish man born on the same day and next door to Jesus, and later mistaken for the Messiah. It drew protests over alleged blasphemy at the time.

Playing off the film, the puppet theatre's nativity tale features silly foreign accents, particularly from the Three Wise Men, lots of jokes and slang often with a local flavour. 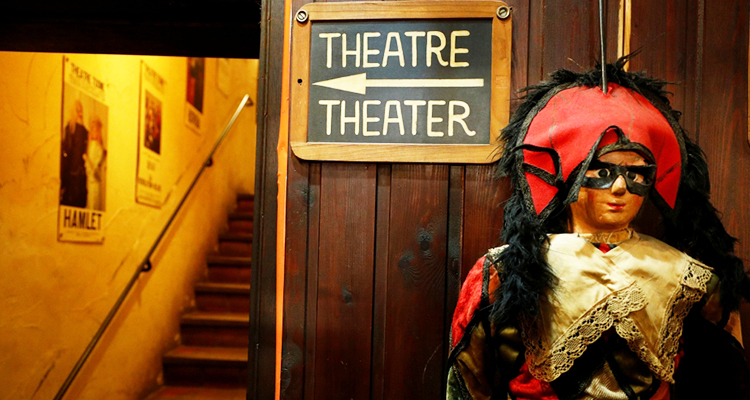 A view at the Royal Toone Theatre, a puppet theatre, in central Brussels.

The theatre was formed in 1830, the year Belgium was founded. Geal, who dubs himself Toone VIII, succeeded his father, who moved the theatre to its current site in an alleyway near Brussels' regal Grand Place in the 1960s.

Now boasting 1,400 puppets including some dating to the 19th century, the theatre has put on shows ranging from Carmen to Cyrano de Bergerac, Dracula and Hamlet, geared more to an adult than child audience. 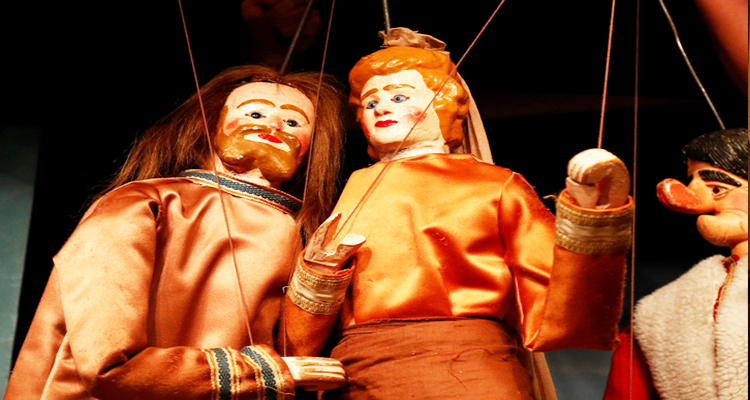 Geal said the European tradition of puppet shows dates back to the Middle Ages when the church forbade people to perform nativity scenes themselves, prompting performers to use puppets.

Toone's marionettes, with a rod attached to the head, are like those used in Sicily where this form of puppet theatre is thought to have originated, but given a Belgian twist. 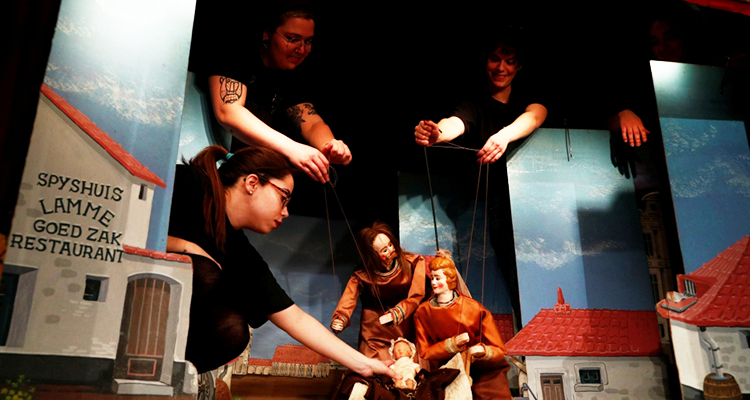 Brussels once had as many as 50 puppet theatres.

"What's typical of Belgium is the fact I believe that we don't take ourselves too seriously. Then we have this kind of surrealism," Geal said.

Brussels once had as many as 50 puppet theatres, Geal said, but almost all folded as other forms of entertainment became popular, particularly television, with only the Toone surviving.