In ‘This Is Happiness,’ humanity is found in Irish village lost in past - GulfToday

In ‘This Is Happiness,’ humanity is found in Irish village lost in past 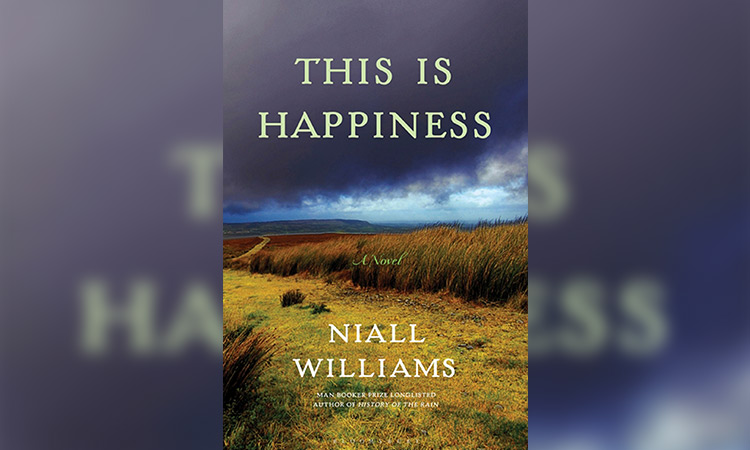 "This is Happiness" by Niall Williams. TNS

The Ireland that Niall Williams writes about in this novel is gone — or would be if he hadn’t cradled it so tenderly in the clover of his prose. Escaping into the pages of “This Is Happiness” feels as much like time travel as enlightenment. Halfway through, I realized that if I didn’t stop underlining passages, the whole book would be underlined.

Although it takes place in the late 1950s, the story feels bathed in sepia tones, and that’s not just the candlelight of Williams’ nostalgia. Electricity has not yet come to the rainy parish of Faha in County Clare, where “This Is Happiness” is set. Proudly uninterested in the modern conveniences that other towns enjoy, these people work, instead, by the glow of lamps and moon, following the rhythms of life established centuries ago.

But that — and so much else — is about to change when 17-year-old Noe Crowe arrives from Dublin. He has been sent to Faha to stay with his grandparents in their dark, thatched house. Haunted by the slow death of his mother, Noe has recently withdrawn from seminary, “not exactly in disgrace,” he says, but terrified he might never “discover what it meant to live a fully human life.” His experience in Faha will teach him — and us — much about that.

The irony here is that Faha is of no consequence whatsoever. It tempts a young man with none of the adventure of Dublin nor the sophistication of London. “If you could find it, you’d be on your way somewhere else,” Noe says. “Its destiny was to be a place passed over, and gently, wholly forgotten.”

But at just the right point in his life, when his spirit is raw for affection, this little village offers Noe the sanctuary he needs to emerge gently from the chrysalis of his own fear and timidity.

If Faha isn’t for everybody, then neither, frankly, is Williams’ novel, delivered in the pensive voice of a man in his 70s recalling his youth.

“This in miniature was the world,” he writes, but that demands a kind of attention and patience that is increasingly scarce. If you are in a hurry, hurry along to another book. Williams is engaged in the careful labor of teaching us to hear the subtler melodies drowned out by the din of modern life.

The dominant figure in Noe’s memory of that long-ago period is an older man named Christy. He arrives around the same time and ends up bunking with Noe in the attic room in his grandparents’ house. Nominally, he has come to Faha to work on the electrification of the village, but actually he has returned to make amends to a woman he wronged 50 years ago.

To young Noe, Christy’s quest is irresistibly romantic, although he has only a theoretician’s understanding of what romance might actually mean, especially to a man and woman separated for a half-century.

The sweetness of this novel would curdle if it weren’t preserved by a tincture of tragedy that runs through so many of these lives. For all Noe’s wide-eyed goofiness, he is a young man scarred early by grief, which might account for his precocious sympathy, his ability to resonate with the quiet sorrow in others.

Years later, looking back on Christy, he notes that the man “walked this line between the comic and poignant, between the certainly doomed and the hopelessly hopeful.” Surely, he is describing his own precarious position, too.

Williams’ most affecting skill is his ability to narrate this novel in two registers simultaneously, capturing Noe’s naivete as a teenager and his wisdom as an old man.