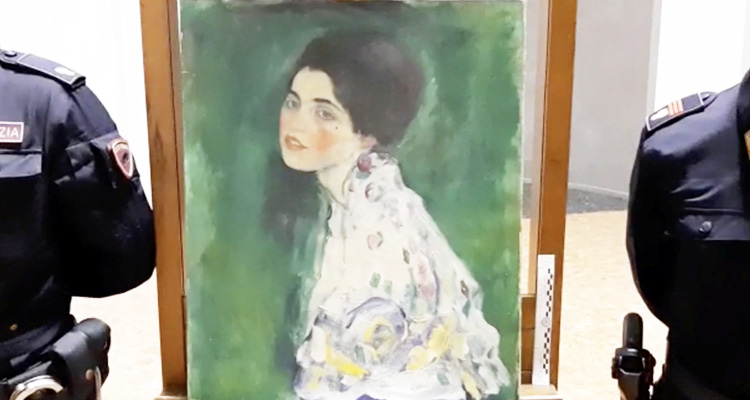 Italian police stand next to what they say is a masterpiece by Austrian artist Gustav Klimt "Portrait of a Lady."

Directors of an Italian museum are optimistic that a painting found hidden in a wall this week is a Gustav Klimt work stolen two decades ago, a director said on Thursday.

Preliminary indications appear that the painting of a woman found by gardeners on Tuesday inside an external wall on the museum's grounds could indeed by the "Portrait of a Woman" painted by the Austrian artist in 1916-1917.

"What interests us the most is whether it's the original or not, rather than the theft investigation," said Massimo Ferrari, president of the Ricci Oddi Gallery of Modern Art, a museum in Piacenza, in northwest Italy. 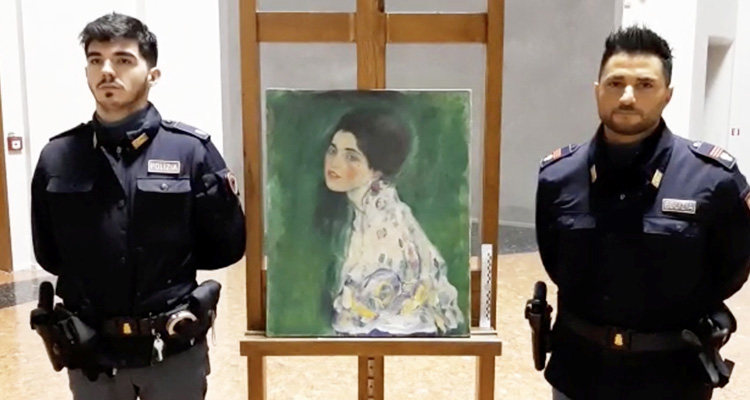 The painting was stolen in 1997 and was found hidden in an outside wall of an Italian gallery, in Piazcenza.

The painting went missing in February 1997 while the museum was closed for work.

On Tuesday, gardeners emoving ivy from a wall found a small ventilation space inside which they discovered the painting, without a frame, wrapped in a black garbage bag.

The ivy covering the space had not been cut back for about seven to 10 years, Ferrari added.

Tests are underway to authenticate the work, and "we have to wait a little bit to determine the origin of the painting," Ferrari said.

In 1996 it was determined through X-ray analysis that the painting covered up another, that of the face of a different woman. 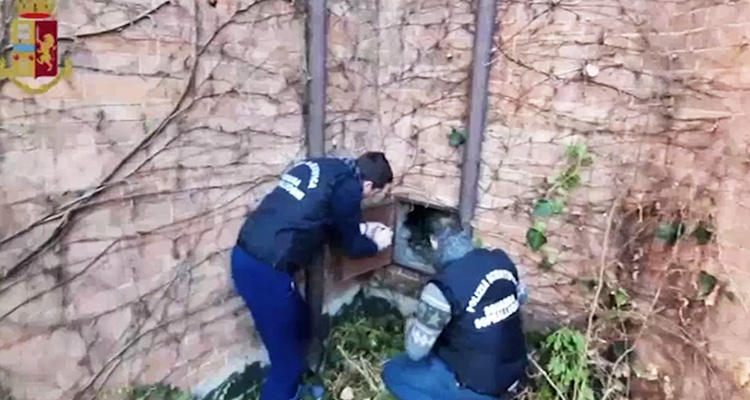 Two forensic police officers approach a metal panel in which a painting was found, in Piacenza.

Ferrari said that the back of the original painting contains wax and plaster seals, which would be difficult to forge.

The 55 by 65 cm (21 by 26 inches) expressionist work could be worth between 60 and 100 million euros ($67-111 million) Ferrari estimated, stressing that it was difficult to estimate as the work had never been sold on the market.

The Ricci Oddi Gallery of Modern Art carries the name of a rich art collector originally from Piacenza, some 70 kilometres (45 miles) from Milan, who entrusted a collection of 450 mostly 19th-century paintings to the municipality in 1931. 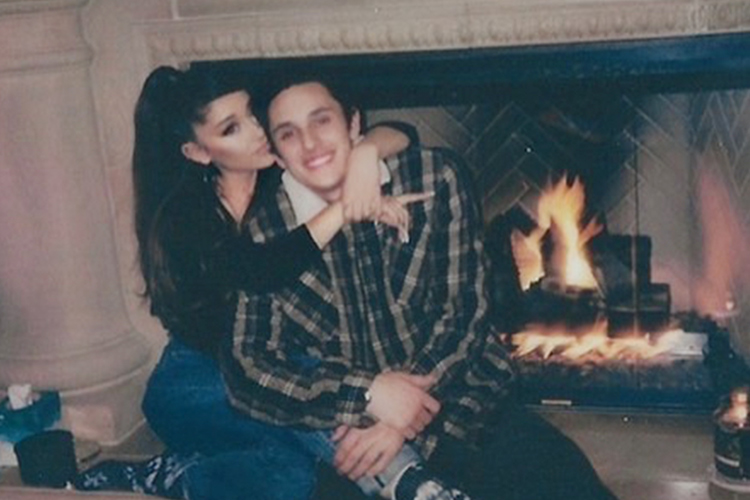 “It was tiny and intimate — less than 20 people. The room was so happy and full of love. The couple and both families couldn’t be happier," according to a representative.