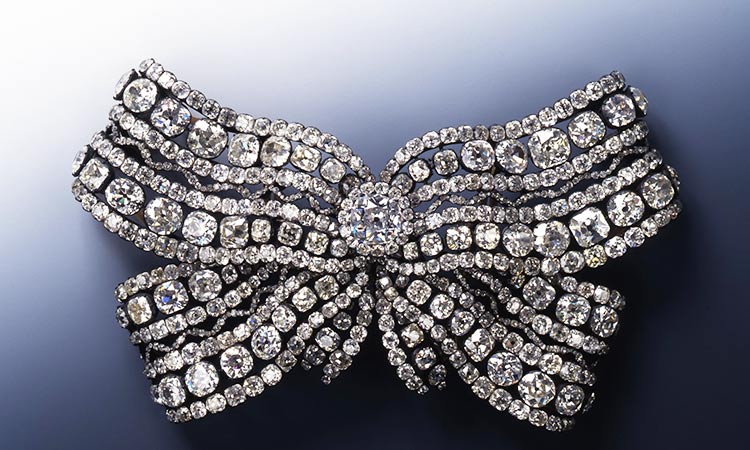 One of the pieces stolen from the Royal Palace that houses the historic Green Vault. AFP

Robbers made off with priceless 18th century jewellery from a state museum in Dresden on Monday, police and museum directors said, in a major art heist that has shocked Germany.

The thieves at dawn broke into the Green Vault at Dresden's Royal Palace — home to around 4,000 precious objects of ivory, gold, silver and jewels — after a power cut deactivated the alarm.

The stolen items included brilliant-cut diamonds that belonged to a collection of jewellery of 18th-century Saxony ruler Augustus the Strong.

Museum directors had earlier feared much of three sets of diamond jewellery in the collection were snatched, but the loss turned out to be more limited than thought. 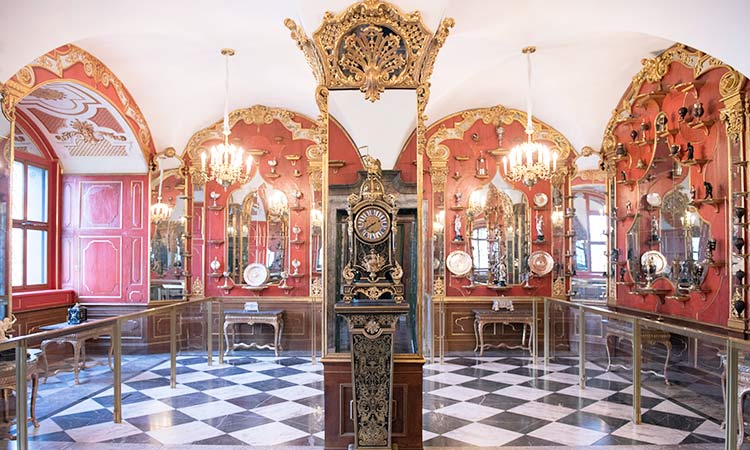 A part of the collection at White Silver Room inside Dresden's Green Vault in Dresden. AFP

Nevertheless, the stolen items are "of inestimable art-historical and cultural-historical value," she said.

"We cannot put an exact value on them because they are priceless," said Ackermann, adding she was "shocked by the brutality of the break-in."

The thieves launched their brazen raid after having set off a fire at an electrical panel near the museum in the early hours of Monday, deactivating its alarm as well as street lighting, police said.

Despite the power cut, a surveillance camera kept working and filmed two men breaking in.

A video released by police showed one of the men, armed with a torch, using an axe to smash the display case. 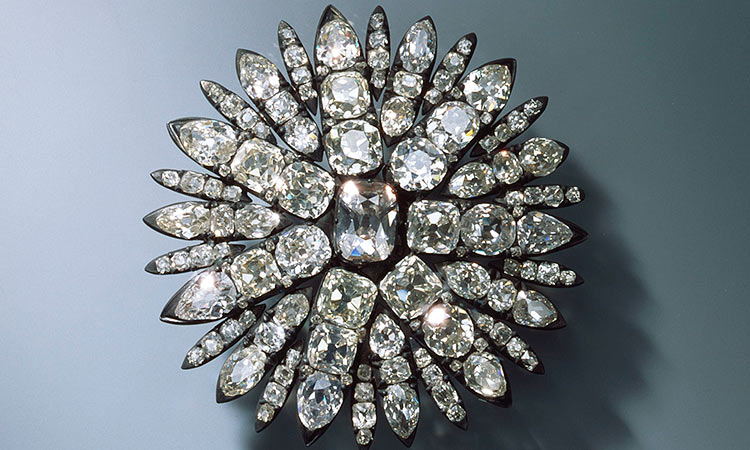 One of the pieces stolen from the Royal Palace. AFP

"The whole act lasted only a few minutes," said police in a statement.

The suspects then fled in an Audi A6 and remain on the run.

The apparent getaway car was found on fire later elsewhere in the city, said police, adding that the vehicle was being examined for clues.

Dirk Syndram, director of the Green Vault itself, said the targeted jewellery sets amounted to "a kind of world heritage", totalling about 100 items. 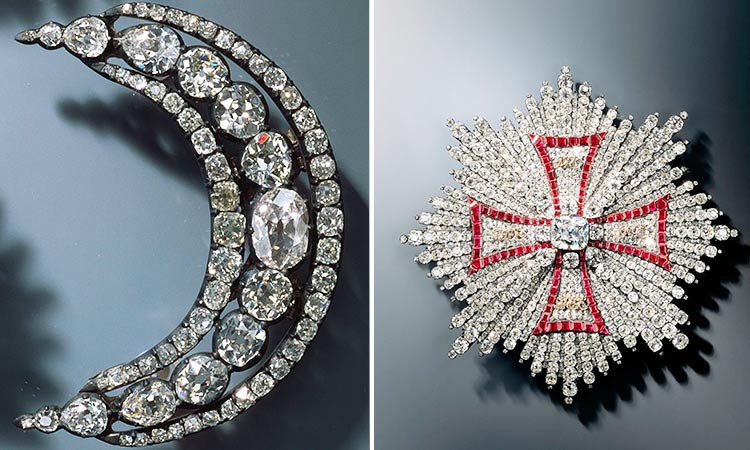 Founded by Augustus the Strong, Elector of Saxony in 1723, the Green Vault is one of 12 museums which make up the famous Dresden State Art Collections.

One of the oldest museums in Europe, the Green Vault holds treasures including a 63.8-centimetre figure of a Moor studded with emeralds and a 547.71-carat sapphire gifted by Tsar Peter I of Russia.

The museum is now made up of two sections — a historic part and a new area.

Monday's break-in targeted the historic section, which contains around three-quarters of the museum's treasures and which has a strict limit on the number of daily visitors.

Exhibits are arranged in nine rooms, including an ivory room, a silver gilt room and the central "Hall of Treasures". 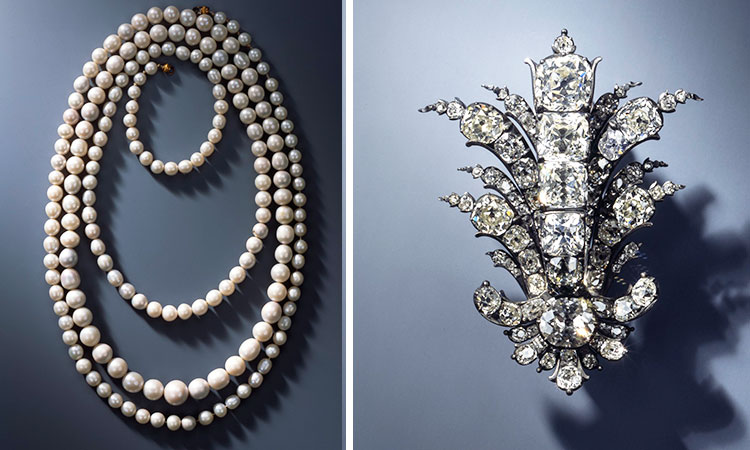 The stolen items are "of inestimable art-historical and cultural-historical value. AFP

One of its most valuable pieces, the green diamond, is currently on loan to the Metropolitan museum of Art in New York, where it is a headline attraction in the temporary exhibition "Making Marvels: Science and Splendor at the Courts of Europe".

After the Royal Palace suffered severe damage in World War Two, the Green Vault remained closed for decades before it was restored and re-opened in 2006.

Saxony's state premier said the heist went beyond the value of the artefacts stolen. 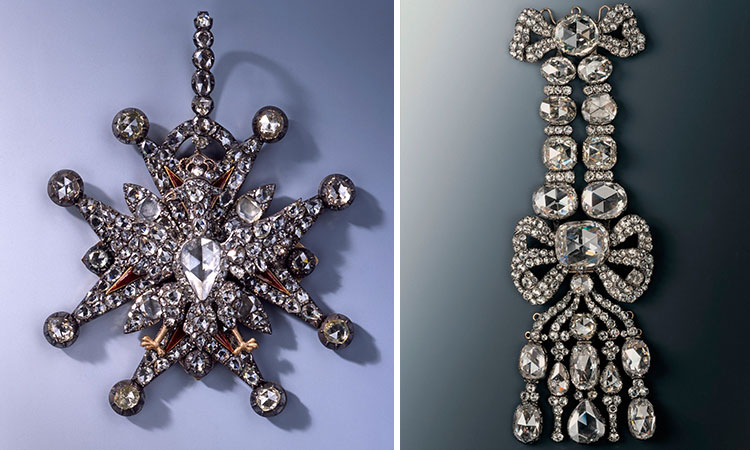 "The treasures that are found in the Green Vault and the Dresden Royal palace were hard-earned by the people of Saxony over many centuries," Michael Kretschmer said.

"One cannot understand the history of our country, our state, without the Green Vault and Saxony's State Art Collections."

In 2010, the museum hosted a meeting between Chancellor Angela Merkel and then US president Barack Obama on his first state visit to Germany.

The theft is the second high-profile heist in Germany in recent years, after a 100-kilogramme (220-pound), 24-karat giant gold coin was stolen from Berlin's Bode museum in 2017.

Dresden police said they were in contact with colleagues in Berlin to examine "if there are any connections and if there are similar patterns in the crimes".

Germany's culture minister Monika Gruetters said that protection of museums and cultural institutions was now of "the highest priority".

"The theft of items which make up our identity as a nation of culture strikes at our hearts," she said. 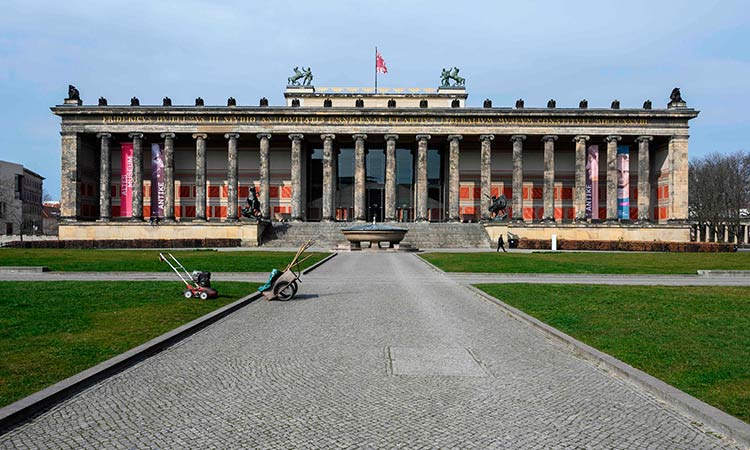 Berlin museums might house the iconic Nefertiti bust, the Ishtar gate of ancient Babylon or Rembrandt masterpieces, but they still trail global counterparts in popularity — and the coronavirus is making things worse. 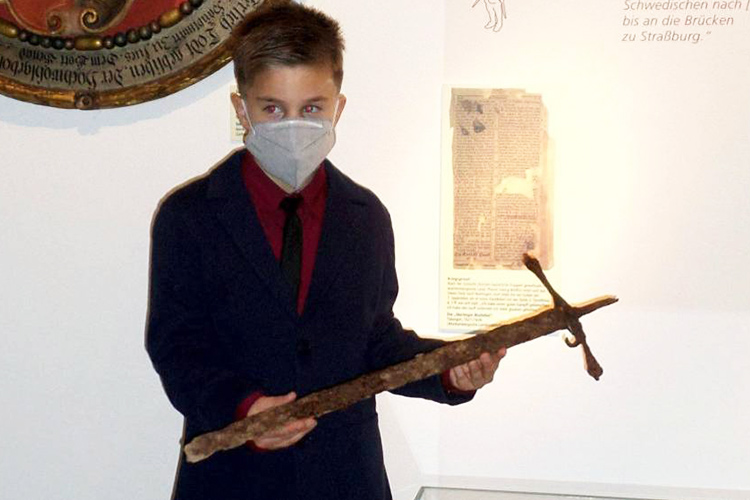