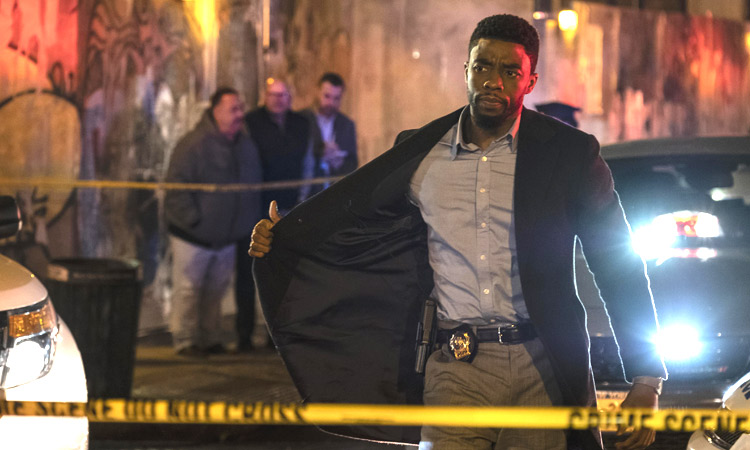 Three words bring “21 Bridges” into focus. And no, they’re not “twenty,” “one” or “bridges.” It’s when Detective Andre Davis (Chadwick Boseman) utters, “Close the island.”

Suddenly this odd and messy cops and robbers tale snaps into place: It’s “Escape from New York” by way of “Three Days of the Condor,” with a Blue Lives Matter political bent. That’s not to say it’s in any way as good as either of those movies, but it shows us the beast we’re dealing with: a high-concept thriller with a ticking clock and a killer premise, though it doesn’t totally deliver on that promise.

With a script by Adam Mervis and Matthew Michael Carnahan, directed by Brian Kirk, this swift and snappy mystery features Boseman as the maverick detective at the head of an investigation into a robbery that’s left eight cops dead.

The son of a slain officer, Andre’s got a reputation for being trigger-happy, having shot eight perps in almost as many years. But he swears he never shoots without just cause. Still, his rep precedes him, and boiling with revenge, the 85th precinct is happy to see him when he walks into the crime scene at a restaurant where 50 kilos of uncut cocaine have been stolen and half a dozen police officers are murdered.

“21 Bridges” isn’t a whodunit, as it shows us the entire crime as it plays out, with Michael (Stephan James) and Ray (Taylor Kitsch) storming the restaurant and being stormed in return. They escape in a bloodbath and the film evolves into a chase movie, a game of cat and mouse, as the NYPD shut off all access into and out of Manhattan, trapping their criminals on the island until morning. 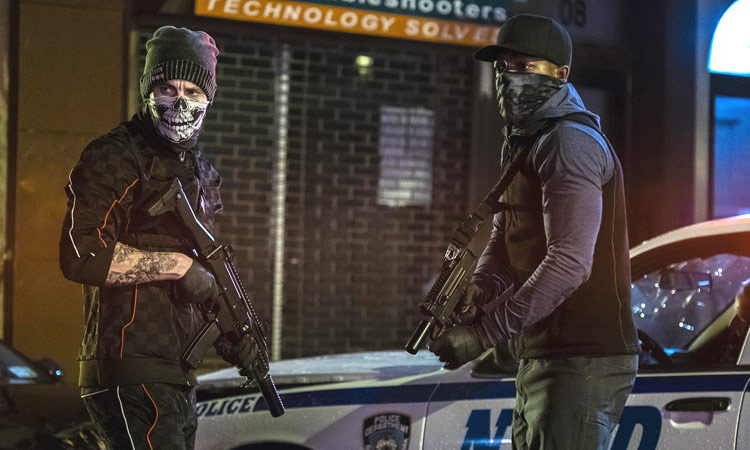 Actors Taylor Kitsch (left) and Stephan James in a scene from the film. TNS

But the mystery at the centre is why the crime unfolded the way it did, what mysteries the manhunt reveals, not just about the hunted, but the hunters.

The story relies on broad character strokes that aren’t exactly deep. Sienna Miller makes a whole meal out of a messy bun and a wild outer borough accent, but it feels like much was cut from Andre’s backstory. While Boseman exudes a sort of droll, oddball, almost Charles Bronson-like energy, it feels like either too much was cut, or Boseman was phoning it in.

The person who sparks on screen is Stephan James, the star of last year’s “If Beale Street Could Talk,” making his case for his own action franchise. The kid can move. In a particularly great action sequence where all the bystanders and bumbling cops have been stripped away, Andre chases Michael through an empty restaurant kitchen, through a jumble of screeching cars and down into the subway. James is a wonder to watch, physically, making his case for a “Bourne” sequel in just a few moments.

The sequence illustrates the potential of what the film could have been: one man on the run in a city that’s on lockdown until dawn, where everyone knows his face. It’s the “Three Days of the Condor” of it all. (There’s also a reference to “The Parallax View” if you were curious if the filmmakers wanted to make you think of any 70s paranoid political thrillers, wink wink nudge nudge.) But with scanty and thin characterisation and a twist you can see coming from miles away, “21 Bridges” just doesn’t make it all the way to the other side.