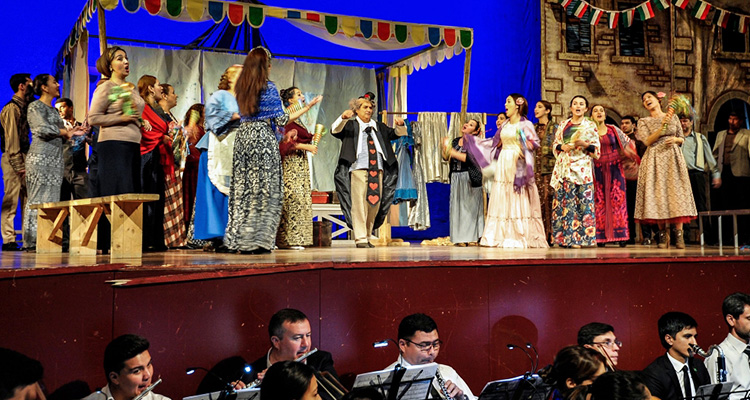 Artists perform during the dress rehearsal of Pagliacci, an Italian opera by Ruggero Leoncavallo.

A state theatre in the capital Ashgabat was packed for the staging of 19th century Italian composer Ruggero Leoncavallo's opera "Pagliacci" ("Clowns") as part of an international drama festival.

Older spectators leaving the theatre late on a cool Tuesday night voiced a nostalgia for the long-taboo art form while younger spectators enthused over the performance.

Mekan Byashimov, a 54-year-old schoolteacher said he hoped that operas would be staged regularly and that ballet would also make a reappearance on the national stage.

"We used to have good premieres. I went regularly. If we want to call ourselves a cultured nation, we need to restore opera and ballet," Byashimov told AFP.

Aina Shiryayeva, a 20-year-old student watching opera for the first time said she had enjoyed the performance despite not understanding any of the words.

"The music and the artists! Everything was so wonderful. I am delighted. I have seen the opera!" she said. 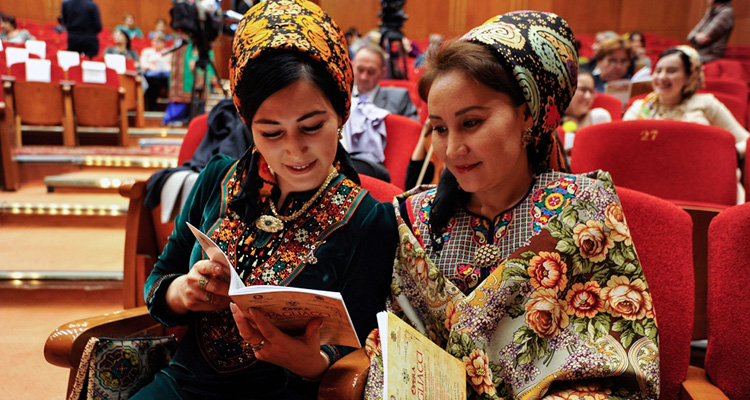 Two Turkmen women wait to watch the premier of Pagliacci.

The director of Tuesday's joint Turkmen-Italian performance Daniele de Plano told AFP in an interview that Pagliacci was staged as part of a "cultural exchange programme" between Italy and Turkmenistan.

He said he felt "honoured to be the first director to bring back opera."

"I really hope this is the beginning of a new path of ties becoming closer between Turkmenistan and opera, particularly Italian opera," said de Plano.

Of the main roles in the performance only one was played by an Italian, with the others filled by Turkmen singers.

Baritone Amangeldi Amanov was singing for the second time the part of Silvio -- a lover who gets murdered by a jealous husband, the opera's lead character, Canio.

The first time he played the role in March 2001 was his debut and also the last time that opera was performed in Ashgabat, a city of one million.

"This is historic for us. Our younger generation is coming into contact with European culture.

This performance is a first step in the comeback of the Turkmen operatic tradition," Amanov enthused in an interview with AFP before the performance.

Strongman Berdymukhamedov has maintained many of the repressive policies of his late predecessor, whom he once served as a personal dentist.

Both men are honoured by golden statues in Ashgabat, testifying to leadership cults that draw regular comparisons with North Korea.