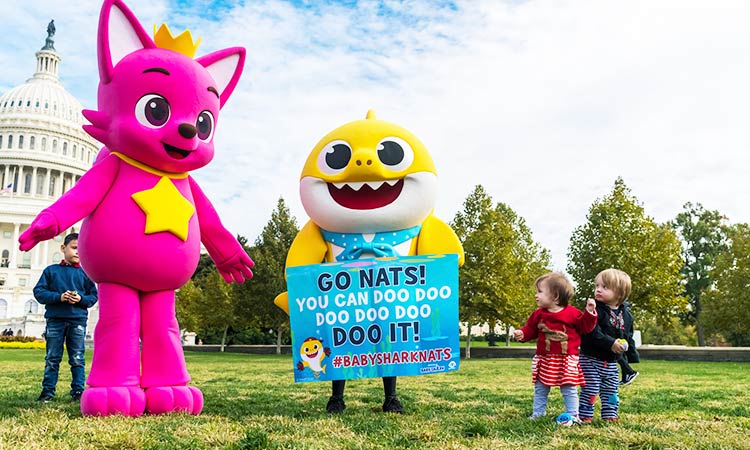 Pinkfong and Baby Shark cheer on the Washington Nationals with fans of all ages. AP

Most viral videos have a finite shelf life, but the "doo doo doo” of "Baby Shark” shows no sign of abating.

The little ditty and dance about a family of sharks that captivated the toddler set and beyond will still be with us as we go into the next decade, with a "Baby Shark Live!” tour launching a new set of concert dates after recently wrapping up dozens of performances in its first run in North America. The second leg of the tour kicks off in Independence, Missouri on March 1.

"Our target demographic is 2 years old all the way up to 6 years old. That's sort of the main sweet spot. But it's family. It's a family show. It's parents with their kids. It's grandparents with their grandchildren. It's a show for the whole family,” said Stephen Shaw, co-president of Round Room Live, which is putting on the concert tour. "It's a great night out. And we're really pleased with the response we've seen and how broad the actual audience has been."

And while the concert, the first for most kids, may include the earworm of "doo doo doo,” the 90-minute event features music beyond that song, including nursery rhymes around for far longer than "Baby Shark.”

"`Baby Shark,’ which is obviously the title and the main song of the show, only sort of appears twice,” said Shaw. "And the rest of the show is filled with great high-energy fun." 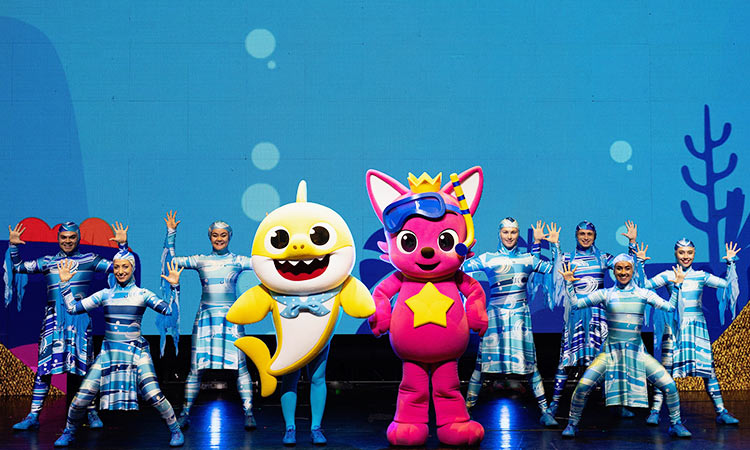 The cast of the Baby Shark Live! tour. File photo/AP

"Baby Shark” has been around for a few years but it took the world by storm last year when the song and video by Pinkfong went viral with the nursery-school set, with little kids imitating the handclapping dance that went along with the video. Books, plush toys and other merchandise inspired by the song were hot-ticket items for the holidays and the "Baby Shark” tour was soon hatched.

"It’s one of those that has truly been a phenomenon where I think there's any number of people who suspected it might start to fade a little bit, and it seems to be gaining steam,” said Jonathan Linden, Round Room Live’s other co-president. "It's a lot of fun. It's a fun song that sort of brings people together and everybody seems to know it."

Getting exposure during the World Series as Washington Nationals fans adopted it as their rally song certainly helped extend that shelf life. And more "Baby Shark” is on the way as Nickelodeon has a cartoon series in the works.

Ramsey Naito, executive vice president of animation production and development for Nickelodeon, said the network sees "Baby Shark” as an opportunity to "develop bigger stories around these characters that everyone is falling in love with.

"What’s great is what we’ve seen with ‘Baby Shark’ is it appeals to everyone,” she said. "It’s just an unexplained phenomenon.”

The tour, which played to crowds of about 3,000 during its initial run, was popular with some dates selling out, said Ryan Borba, managing editor of the trade publication Pollstar, which tracks the concert industry.

Ticket sales only represent a portion of the show’s success, with merchandise bought for little tykes another key component. There’s even a VIP package where they can rub fins with Baby Shark characters.

The tour represents the continued growth of the live music scene for children, said Borba.

"It’s definitely becoming more sophisticated and the production quality ... is really ramping up in recent years,” he said. "The appetite for live music is always growing ... (and) kids shows are along for the ride.”