Sterling K. Brown’s favourite twist on 'This Is Us' - GulfToday 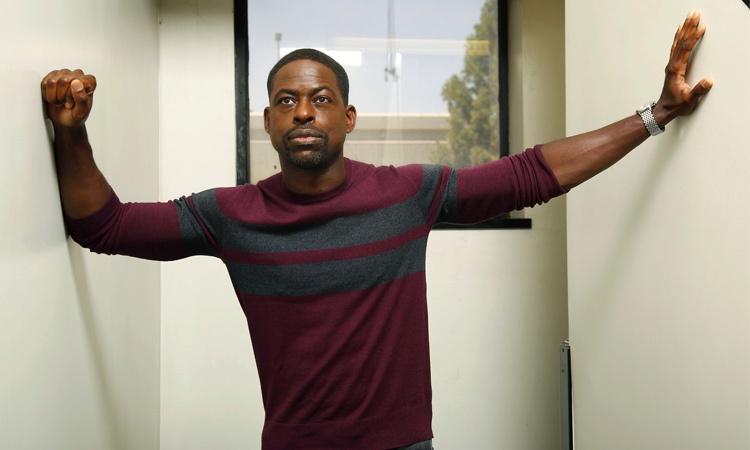 Sterling K. Brown in a scene from the movie "Waves." TNS

Sterling K. Brown knows how to keep a secret.

Thanks to roles in the Marvel Cinematic Universe, the long-awaited “Frozen” sequel, and, of course, “This Is Us,” the Emmy winner frequently has to keep things under the radar, particularly when it comes to the twist-laden NBC drama.

Recently, he revealed his favourite shockers from the award-winning series, which is currently in its fourth season, with at least two more guaranteed.

“I mean the pilot,” Brown said. “The pilot is one of the best sort of pull-offs, I think, in the history of television. To think that everybody is existing at the same time, right? And then to find out, like, oh, they’re their parents?”

Even Brown’s mom had trouble keeping up with the reveal, he said with a laugh.

“I think she was doing her laundry,” he added. “I was like, ‘No, Mama, you can’t do the laundry while you’re watching my TV show.’ I think that was a great (twist).”

The tearjerker series centres on the Pearsons, a family of five: Mandy Moore’s Rebecca, Milo Ventimiglia’s Jack and their trio of children, known as “The Big Three.” Brown’s Randall is the only adoptee, alongside the couple’s biological children, Kate (Chrissy Metz) and Kevin (Justin Hartley).

Though Jack’s death was hinted at earlier in the freshman season, it wasn’t confirmed until several episodes in — another storytelling achievement, says Brown.

“Then it was about, like, trying to figure out how he had passed away. I don’t even know if we anticipated that one,” Brown told The News. “And then it took on a whole life of its own. It was amazing.” 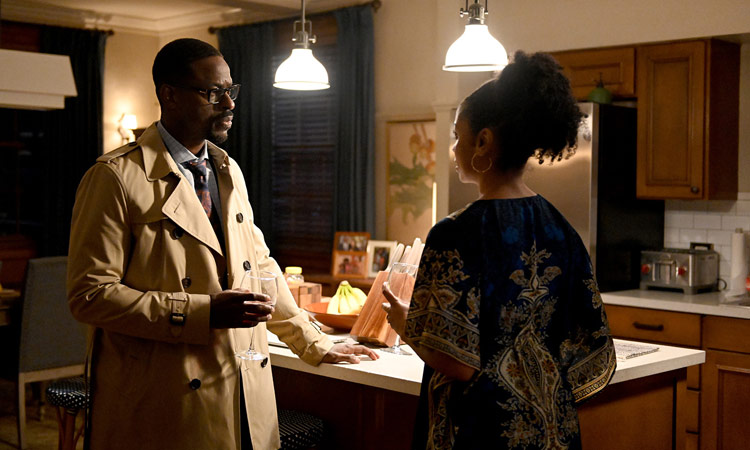 Sterling K. Brown as Randall (left) and Susan Kelechi Watson as Beth in "This Is Us." TNS

This season, Brown says the full-circle reveal regarding the true identity of Jack Damon, has taken the cake … thus far.

“Finding out Jack Damon is actually the son of Toby (Chris Sullivan) and Kate, I think, was really masterfully executed,” Brown said. “There’ll be a few more (twists), you know. … (Creator) Dan Fogelman is somebody who likes to keep people minding their Ps and Qs, you know what I’m saying? So once folks think they know what the format of the show is, he likes to kind of flip it on its ear and give them something a little different.”

While Brown, who had a highly guarded role in Marvel’s “Black Panther,” confirmed “This Is Us” doesn’t “have the same level of NDAs” as the Disney-owned studio (“You literally can’t say anything”), he noted it’s harder to stay quiet about the series.

Brown’s diligence with professional secrecy extends to his wife, Ryan Michelle Bathe, who had a recurring role on “This Is Us.”

“I don’t tell her anything,” Brown said. “I want her to experience it as an audience member just like anybody else. I didn’t tell her about ‘Waves’ (either).”

“Waves,” which is also heavily rooted in its twists, sees Brown as the strict patriarch of an upper-middle class African American family in Florida whose existence quickly and irrevocably spins out of control in a tragic way.

“It’s heavy,” he said. “I felt that I’d never seen an African American family in a story like this.”