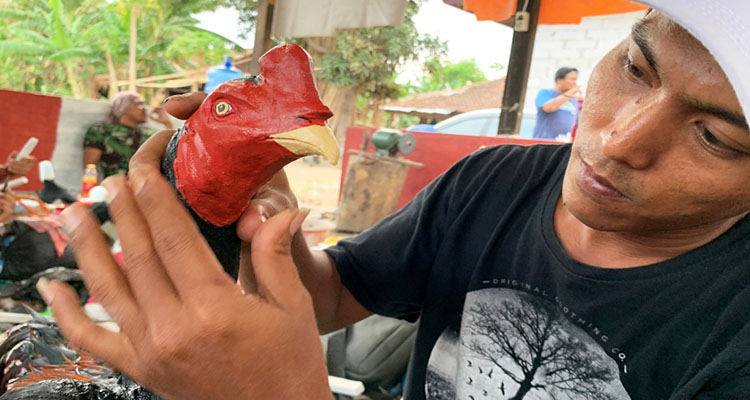 Tarjaya, 35, prepares a sculpture of a rooster made from industrial waste and chicken feathers.

An Indonesian workshop is turning industrial waste and chicken feathers into decorative models of roosters, in a bid to reduce waste and generate income for low-paid workers.

As cocks crow in the background, workshop owner Tarjaya leads a team in crafting life-sized figures of chickens from factory waste such as foam, rubber and fabric scraps, covered with feathers gleaned from chicken slaughterhouses.

"When I see waste, I feel pity," said Tarjaya, who goes only by one name.

"It should be made into artwork, for example, so everyone can benefit and make use of it." 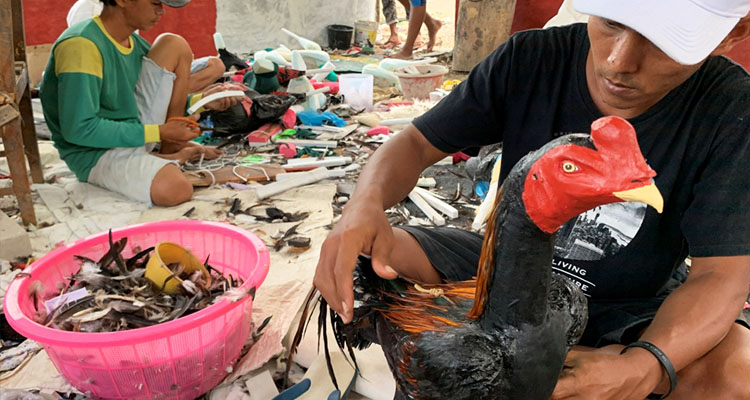 Tarjaya puts the sculpture up for sale, at his workshop in Indramayu, West Java province, Indonesia.

The 35-year-old employs up to 10 people, including scavengers, itinerant traders and farm labourers.

With their help, Tarjaya can produce up to 200 rooster models a month, selling each for 250,000 rupiah ($18). Some are used as props for cockfighting training.

The rooster models are sold widely outside Tarjaya's town and even abroad, with social media serving to showcase them.

Indonesia generates 175,000 tonne of rubbish a day, according to its environment and forestry ministry.

"This product made from recycled waste is very creative," said Herman bin Anshor, who uses the rooster dolls to help his fighting cocks train. 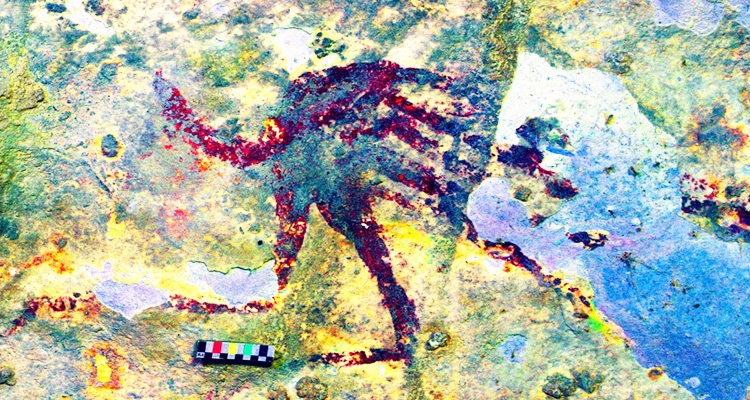 An Indonesian cave painting that depicts a prehistoric hunting scene could be the world's oldest figurative artwork dating back nearly 44,000 years, pointing to an advanced artistic culture, according to new research. 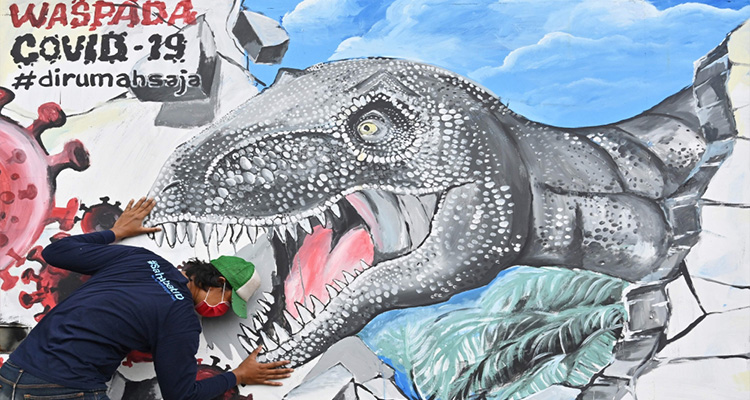