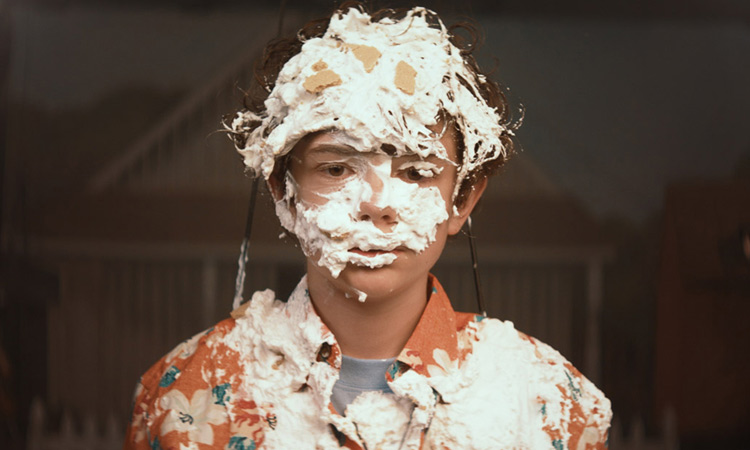 Shia LaBeouf wrote and costarred in the raw, emotional movie “Honey Boy.” Directed by Alma Har’el, making her fiction feature debut, the movie won a special jury award for vision and craft when it premiered this year at the Sundance Film Festival.

LaBeouf plays a role based on his own father, a former rodeo clown who saw his son shoot to stardom as a child actor. Noah Jupe plays Otis Lort, the “Honey Boy” version of young Shia, while Lucas Hedges plays a slightly older Otis after he has become an action star and bounces into rehab following a few brushes with the law. The complex, dysfunctional dynamic between father and son forms the film’s core.

LaBeouf — a teenage star on the Disney Channel series “Even Stevens” before rocketing to even greater fame with the “Transformers” franchise — started writing the script while in court-ordered rehab after his 2017 arrest in Georgia while shooting “The Peanut Butter Falcon.” Diagnosed with PTSD, LaBeouf confronted the traumas inflicted on him by his father and his career in the screenplay for “Honey Boy.”

As he began writing, he did not intend to appear in the movie as his father or anyone else. LaBeouf said he thought at the time that it was “game over” for his acting career.

Adding to the daring, inside-out feeling of LaBeouf’s screenplay and unsparing performance were the complications of Jupe and Hedges trying to tailor their performances to credibly seem like the same person at different ages, both performed opposite the very real person their character was fictionalising.

“I thought before we started it’s a bit weird to be playing the person who’s actually right next to you, a younger version of them,” said Jupe, whose other credits include “A Quiet Place” and “Ford v Ferrari.” “But once we got there, Shia was very open to playing around and wasn’t at all stuck in a steady story. 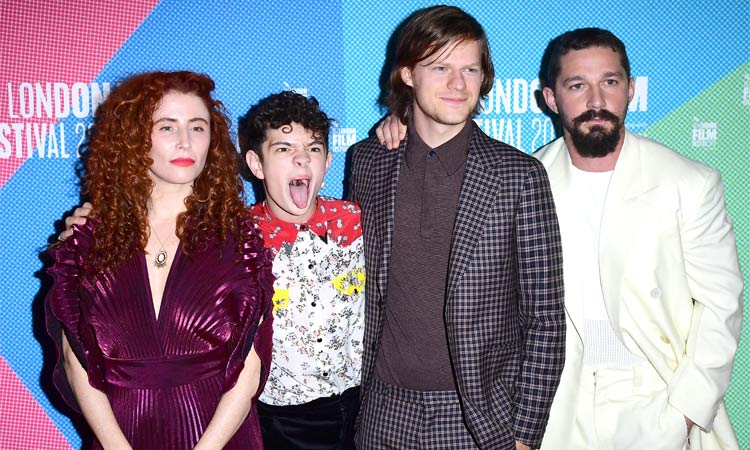 “I guess maybe it was weirder with me and Lucas playing the same character. We hung out a lot and we kind of grew this character together, which Alma really helped us with. You spend this much time, both [of us] learning about this character and talking about it. And by the first week, it wasn’t weird at all anymore. It just felt like we were working and growing and building this character together as a team.”

Hedges, an Oscar nominee for “Manchester by the Sea,” said that although he and Jupe did try to come up with some physical elements they would both bring to the character, “Mostly, it was just sort of capitalising on the genuine connection me and Noah feel towards each other and specifically, I think I’ve always wanted to feel like an older brother.”

For Har’el, Jupe and Hedges, a big part of their challenge was how much the character of Otis should mimic LaBeouf directly and how much he should be his own person. While shooting, Hedges would sometimes wear LaBeouf’s actual clothes.

“We had a lot of challenges with that, ‘How much do we stay loyal to Shia?’” said Har’el. “Shia as a person has so many people that think they know him or that have a view of him, so many photos or moments in his life have become like cultural memes.

“I was really aware that the film has to exist on a different level when it comes to the archetype of the son and father that goes beyond Shia’s bio. And it was really important for all of us to kind of communicate with that and not ignore it, but also that you can kind of wink at it sometimes. And we would really look at things as references and decide what to celebrate and what to laugh about and what to ignore.”

For LaBeouf, the process of shooting the movie was something entirely different from the rest of his collaborators, as he described many scenes as feeling like “flashbacks” to moments from his own life. Which made the actual shooting of the movie an isolating process.

LaBeouf’s father watched the film on a computer link while LaBeouf watched his father via video. Asked about the experience of finally showing the movie to his father, LaBeouf said, “It’s just the ultimate. It’s the pinnacle of my life. It’s major.”