Disney’s lovestruck dogs are back - GulfToday

Disney’s lovestruck dogs are back 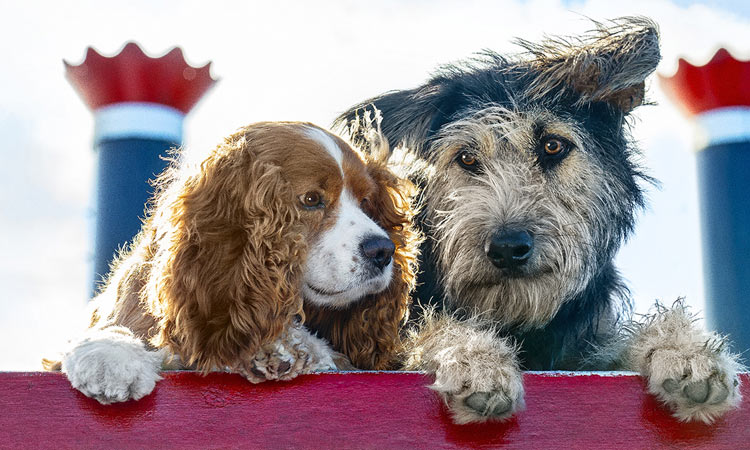 A still from “Lady and the Tramp.” TNS

Tessa Thompson and Justin Theroux were delighted to bring the much beloved classic canine characters from “Lady and the Tramp” to life in the new live-action adaptation of Disney’s 1955 animated movie.

To be part of a movie which had characters who the audiences instantly fell in love with was a real treat for these Hollywood top dogs.

“When I (first) saw that spaghetti scene, I definitely thought a lot about romance,” Thompson said. “I think it was my first engagement with what a date looks like or something, even on some subconscious level as a kid.”

The actress, known for films like “Men in Black: International” and “Avengers: Endgame,” is, of course, referring to the moment when the pups enjoy a plate of pasta, and a spaghetti strand they’re sharing leads to a kiss.

Now, more than six decades after the original film’s release, the story of “Lady and the Tramp” continues to leave tails wagging. In the new movie, Thompson and Theroux, 48, provided the voices for the real-life pups, Rose (Lady) and Monte (Tramp), who portrayed the pooches on camera.

“So many of the people that have expressed sincere, earnest excitement about this project — more than many others that I’ve done — are, like, my age or older,” Thompson said. “Of course, there’s this idea of introducing the film to a whole new generation, but also the ones that have seen the original are really excited about this iteration.”

The reimagined “Lady and the Tramp” is one of the marquee titles on the new Disney+ streaming service. Like the original, the live-action movie follows Lady, a pampered cocker spaniel from a loving home whose eyes are opened to the rest of the world when she meets the Tramp, a gritty and cunning street dog with a heart of gold. 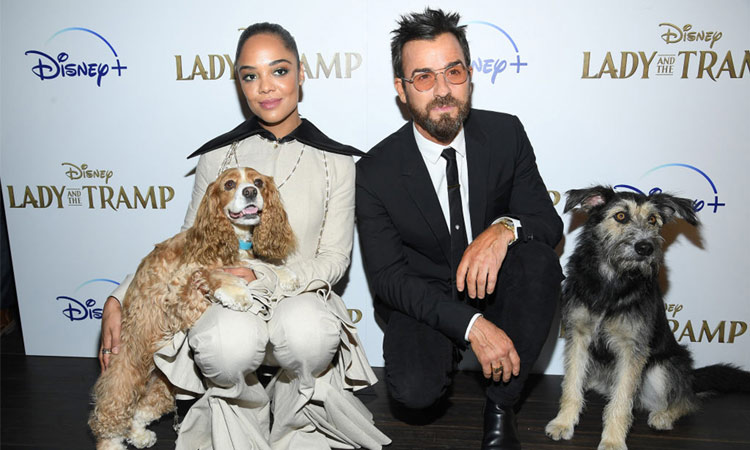 Tessa Thompson (left) and Justin Theroux attend a special screening of “Lady and the Tramp” at iPic Theater in New York City. TNS

The film’s cast is filled with rescue dogs, including Monte, which made the movie even sweeter for the actors.

“It’s one of the things that you just go, ‘This is just the stars aligned perfectly,’” Theroux, whose dog Kuma is a rescue, said.

“Coming into it, I wanted to sort of go in there with my rescue-dog hat on and say, ‘We better use a lot of …,’ and I didn’t even have to finish the sentence. They were like, ‘By the way, we’re going to be using a lot of rescue dogs.’ I was like, ‘Great, I’m in.’”

Kuma even makes a cameo in the movie. Thompson, meanwhile, says Theroux inspired her to adopt her dog, Coltrane.

Theroux, who starred in HBO’s “The Leftovers,” said his “soft spot for dogs” was a key factor in his desire to put his stamp on the Tramp.

“You can project love on them, you can project disappointment, almost more than a human being,” Theroux said. “So when you see a dog going through struggle or strife, it hits you in this very piquant place in your heart. … I could probably watch this same movie with people, obviously changing all the elements that make them dogs, and probably not feel it as deeply as I do when I watch dogs.”

For Thompson, the timeless tale of puppy love crosses all cultures.

“I’m really attracted to this idea of the ways in which love and committing to it can help you deepen or widen your world view, and the curiosity about — in this case dogs — but people that are unlike yourself that live differently,” Thompson explained. “I think there’s something really special about those themes and important for kids to learn and adults to continue to reengage with.”