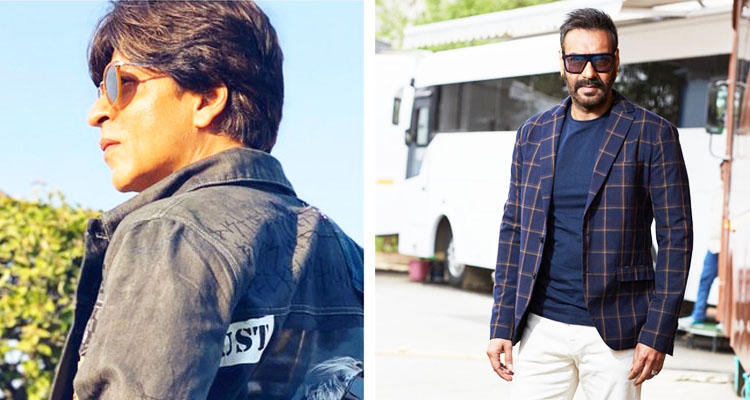 "Here's looking forward to another 100 and more films from my friend @ajaydevgn. All the best for this milestone...from striding atop two motorcycles at the same time...you've come a long long way....keep riding...and all the best for Tanhaji," Shah Rukh captioned the photo. 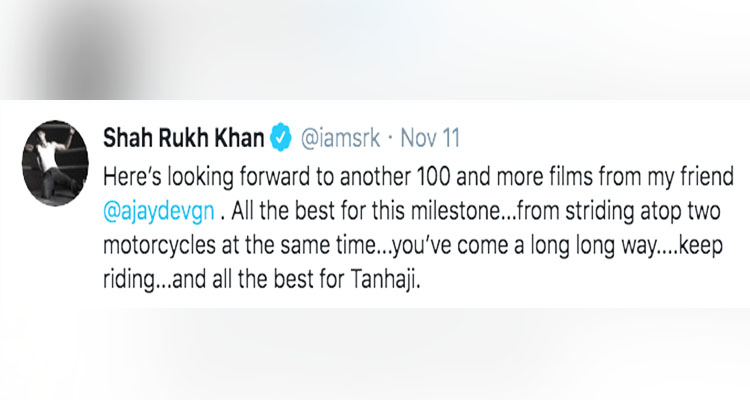 The picture portrays Ajay in his starring role of Tanaji Malusare, the brave warrior leader in the army of Chhatrapati Shivaji Maharaj. The unique thing about the picture is that it has been digitally created out of a collage of various roles that the actor has played in his 28-year-old career, since starting out with "Phool Aur Kaante" in 1991.

Earlier, wife Kajol also wished Ajay on Twitter. "30 yrs & 100 films old. From Phool Aur Kante to Zakhm to Golmaal to Shivaay & now finally Tanhaji! Through all the hard won Fridays I've seen u go through. All characters lead back to u. Proudly wishing u a very happy 100th film birthday @ajaydevgn," she wrote.