Reflections on writing about the lives of Beckett, Beauvoir - GulfToday

Reflections on writing about the lives of Beckett, Beauvoir 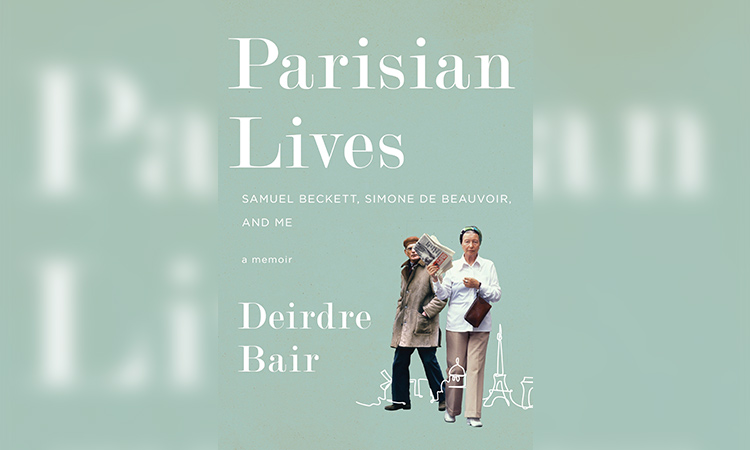 Deirdre Bair has spent her life writing well-received biographies of some of the 20th century's most fascinating people, including Al Capone and Carl Jung. Yet the only two subjects that anyone has ever wanted to talk to her about were Samuel Beckett and Simone de Beauvoir.

After years of fielding questions about what they were like, Bair began to think it was time to write a memoir about the writing of those books. Luckily for her, she discovered among her files detailed journals in which she wrote down virtually everything she did or thought in connection with that work.

Now Bair has drawn on her so-called Daily Diaries to produce "Parisian Lives," a "curious hybrid," or "bio-memoir," of biography and memoir.

For readers, it's a "three-fer": two brief but vivid and absorbing portraits of Beckett and Beauvoir, and a searing account of Bair's evolving feminist consciousness as a novice biographer trying to launch a career, raise kids and run a household in the early 1970s, when women were just starting to tell their own stories, and those of other women, in earnest.

"Although feminist theory was on the upswing," Bair writes, "women were told (mostly by men) that they could never achieve success because their subjects were not worthy of study, and besides, when they did write, they approached their topics with too much timidity to make them authoritative."

Bair, 84, was anything but shy. She had written to Beckett with "the grandiose idea" of demonstrating that he "was not (as the reigning view ... then held) a writer steeped in alienation, isolation, and despair, but rather one who was deeply rooted in his Irish heritage." To her surprise, he agreed.

Over the next seven years, despite being shunned by Beckett scholars, manipulated by his friends and propositioned by countless sources, Bair persevered, eventually winning the National Book Award.

For her second subject, she chose Beauvoir because she "appeared to be the only contemporary role model who had made a success of both her personal and her professional lives, and I was searching desperately for someone to tell me how to do the same."

Bair's indefatigable energy and can-do attitude are likely to inspire a new generation of writers and biographers working in a field where the boundaries between genres - memoir, fiction, autobiography, and biography - aren't as clear as they once were.

But some things never change. As recently as 2017, a friend of a writer she knows asked him how many times Bair had slept with Beckett to gain his cooperation.