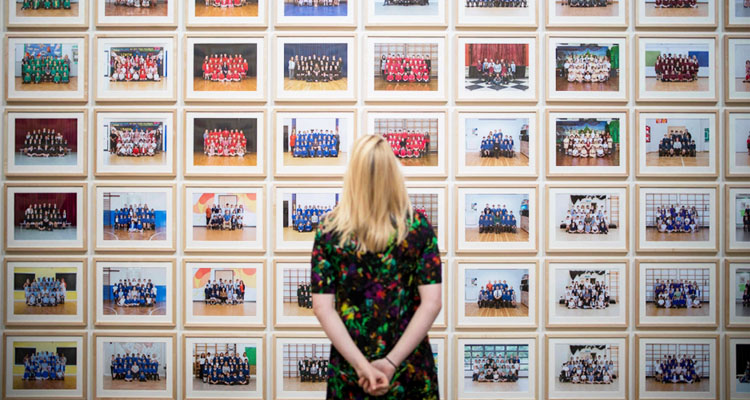 A gallery worker poses in front of an artwork called 'Year 3' by British artist and filmmaker Steve McQueen.

Sitting alongside their teachers, their faces full of hope, mischief and occasional boredom, thousands of London schoolchildren have been immortalised in a new work by British artist Steve McQueen.

He has photographed more than 76,000 Year Three pupils aged seven and eight -- in their class groups, for an exhibition that curators said offers "a hopeful portrait of a generation to come". 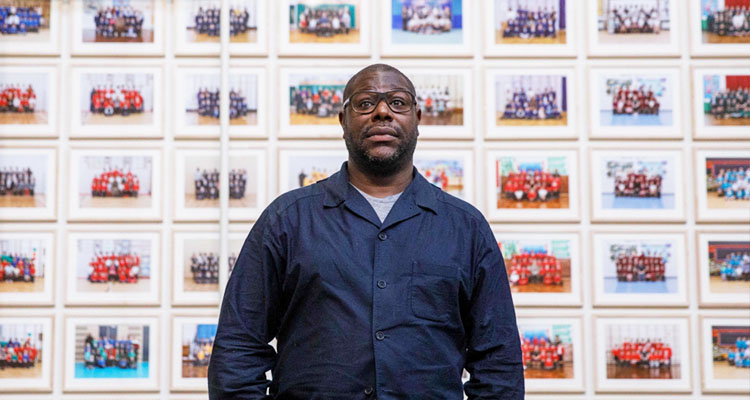 British artist and filmmaker Steve McQueen poses at the Tate Britain at the opening of a photographic project.

All 3,128 class photographs taken by McQueen and his team are on display at the Tate Britain, while an edit of 613 photos is being shown on billboards across the capital.

"The aim is to communicate to Londoners what this city looks like through the prism of children," James Lingwood, the co-director of Artangel, which produced the outside installation, told AFP. 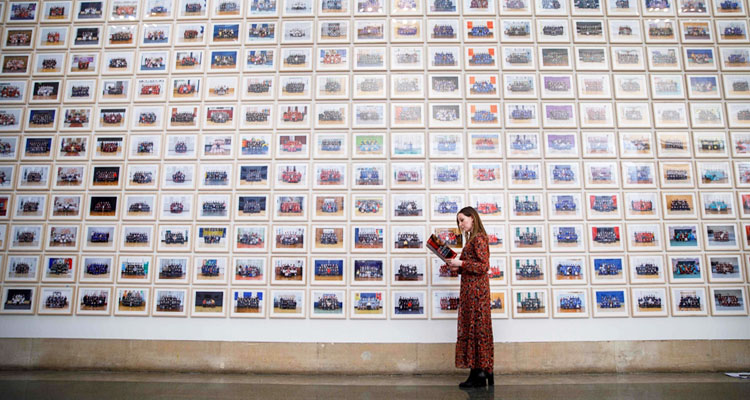 A gallery worker poses in front of an artwork called 'Year 3' by British artist and filmmaker Steve McQueen.

The classes range from six to around 20 people, the children dressed in uniform or their own clothes, some cross-legged at the front, and the rest on chairs or benches behind them.

They represent a mix of schools, from public and private, faith and special educational needs, with some children even home schooled. 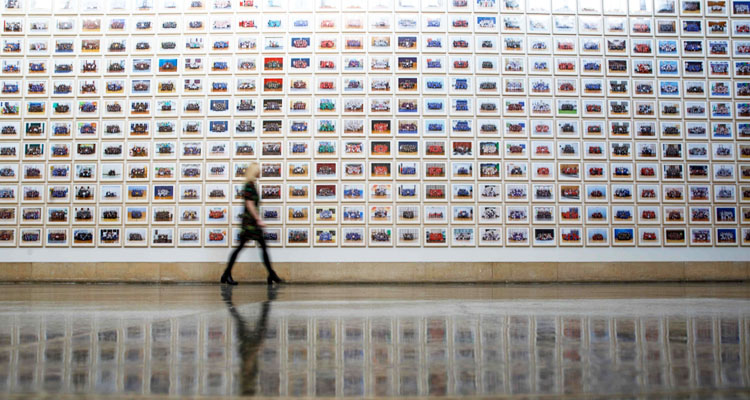 All 3,128 class photographs taken by McQueen and his team are on display.

But viewed together, they create a sense of community.

"When you are about seven, it's the kind of time in your life when you become aware of belonging to something bigger than your family or your friends group," Lingwood said. 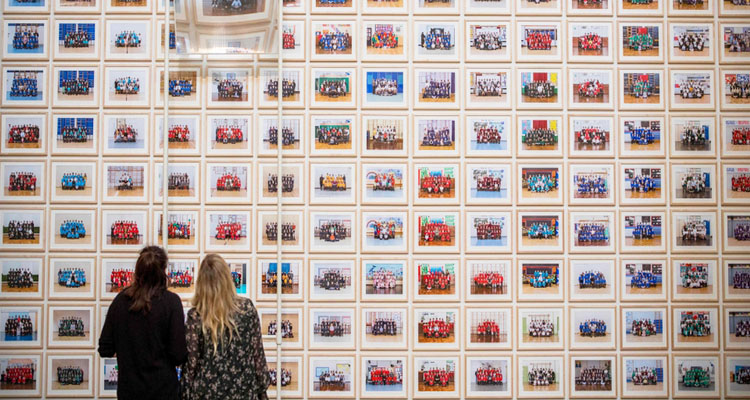 They represent a mix of schools, from public and private with some children even home schooled.

"You start to become aware belonging to something much bigger, called society."

Many of those involved in the project have class visits planned to the Tate Britain, where they can see themselves as part of the national collection. 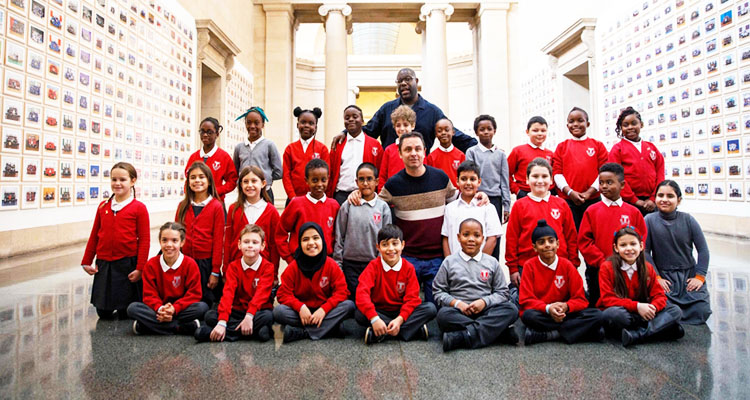 "It's incredible to see 76.000 faces smiling down. It's a portrait of potential," said Clarrie Wallis, a senior curator at the Tate Britain.

She said it was this idea that linked the project with other works by McQueen, a London-based artist and filmmaker who won an Oscar for "12 Years a Slave". 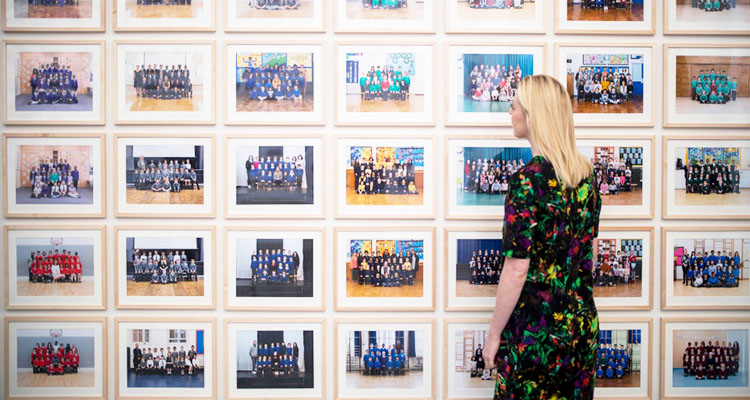 "Year 3", the work of three and a half years, will be followed by a retrospective of McQueen's works in February.

His installation "Queen and Country", for example, involved 155 sheets of stamps, each one commemorating a British soldier killed in the war in Iraq.

That "was really about thinking about the loss of potential. Here we have the potential of the next generation", Wallis told AFP, adding that the theme was also present in his latest film "Widows".

"Year 3", the work of three and a half years, will be followed by a retrospective of McQueen's works in February.