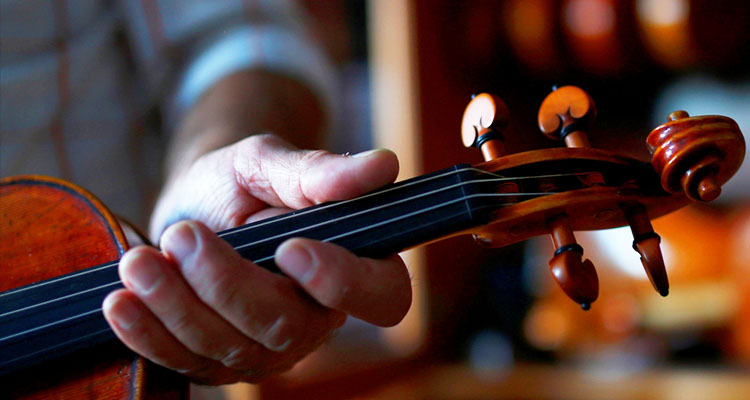 Svetozar Bogdanovski holds a replica of an Antonio Stradivari's violin, at his shop in Veles.

Svetozar Bogdanovski built his first violin 35 years ago for his son Kostadin, then aged seven, who had expressed interest in taking lessons.

Today Bogdanovski's violins are priced at 60,000 euros ($67,000) apiece and are sold worldwide, while Kostadin is an internationally acclaimed violinist. 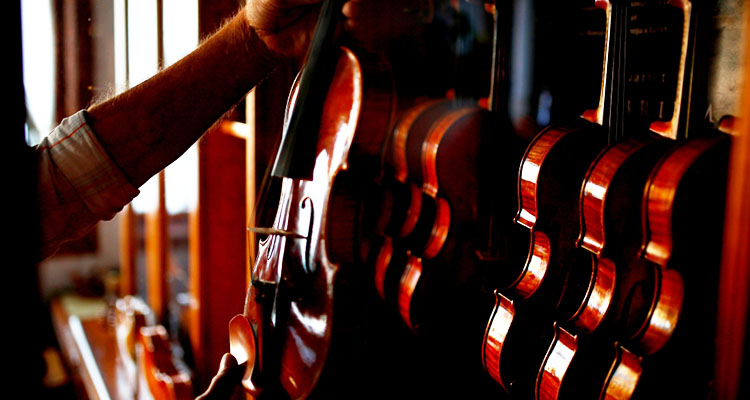 Svetozar Bogdanovski is an internationally recognised self-taught craftsman from Veles.

His younger sister Frosina is also a professional violinist.

"I had to create the conditions for him (Kostadin) to develop. The first condition was having a good instrument, which I couldn't afford," Bogdanovski told Reuters.

Bogdanovski, a resident of Veles, a town in North Macedonia about 50 km (30 miles) south of the capital Skopje, ended up giving up his job as an artist to devote himself fully to making violins. 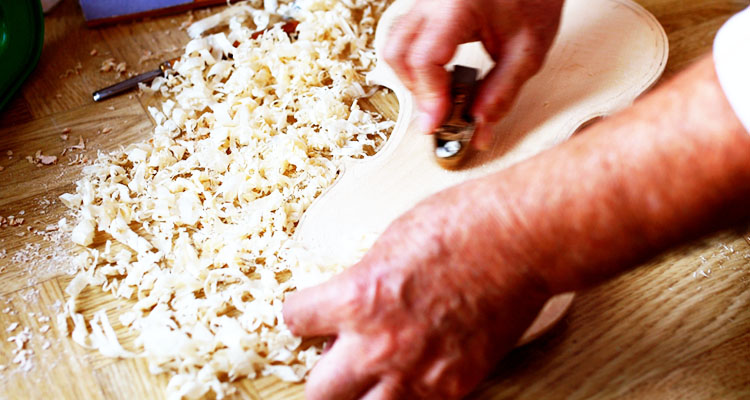 His wife Marija - a professor of violin - and fellow artist Tatjana Miseva also joined him in the new business, which has now built more than 700 instruments, some of them copies of instruments made by famous Italian masters such as Guarnerius.

Bogdanovski uses maple wood for the bottom of his violins and spruce wood for the top, all exclusively from ancient Bosnian forests. The wood is first dried, then soaked in saltwater for several years before the building of the instrument begins. 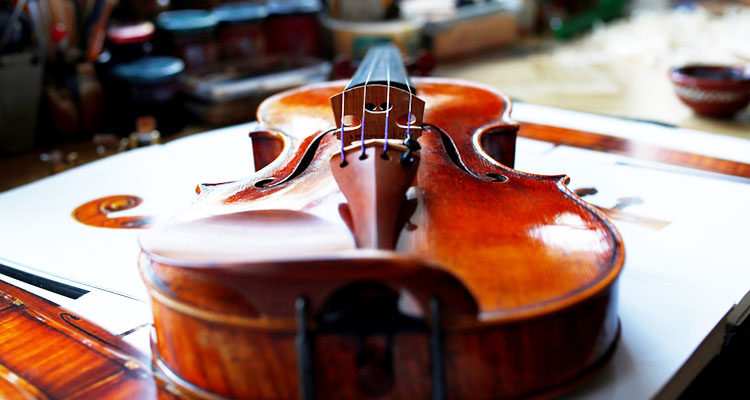 A finished replica of a Giuseppe Guarneri del Gesu violin is seen at the shop of Svetozar Bogdanovski.

"Each violin has something specific and unique. That's why no two are the same, even though each instrument looks just like any other. They differ from each other just as people do," he said.

Among the international prizes he has accumulated, Bogdanovski is especially proud of an award one of his instruments won in Italy against competition from craftsmen descended from violin masters of Cremona.

He also twice won the prestigious annual award of the Violin Society of America, in 2008 and 2012. American Rachel Barton, Serbian Robert Lakatos and Greek Jonian-Ilia Kadesa are among prominent violinists using his instruments.