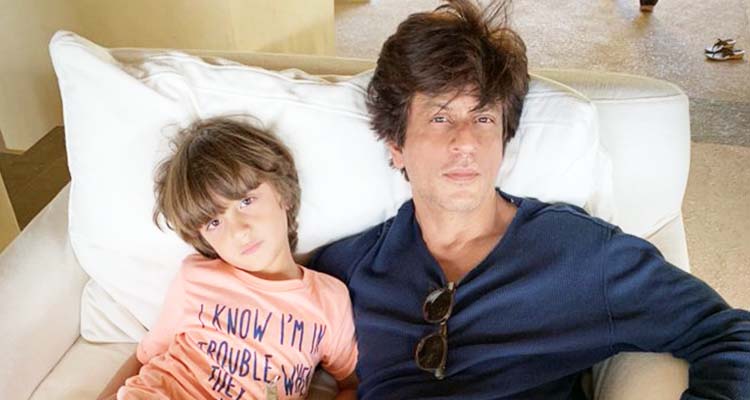 Bollywood's biggest superstar Shah Rukh Khan took to social media to share how his youngest son AbRam, wasn't too impressed with the fact that his father was featured in a show on Netflix.

King Khan, as he is fondly called, can be seen with talk show host, David Letterman, in his new show, "My Next Guest Needs No Introduction" on Netflix.

The 53-year-old star shared the incident with his fans and followers on Twitter.

"So you finally settle down on your soft bed, with your softer littlest one and say, let's watch something new today...on @NetflixIndia... and this banner pops up!! And the littlest one quips...'papa it's not new...it's just you!!' Well," Shah Rukh tweeted. 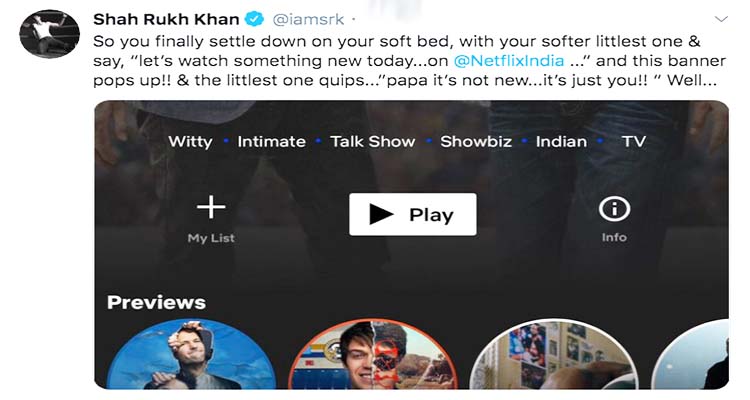 Screen-shot of the tweet shared by Shah Rukh Khan.

The latest episode of the Netflix talk show "My Next Guest Needs No Introduction", hosted by David Letterman, was aired on Friday.

Shah Rukh's wife Gauri Khan also made an appearance in the episode which took fans of the actor inside his home, Mannat, and his lifestyle.

In the episode, the "Don" star also spoke about his other two children -- Aryan and Suhana.