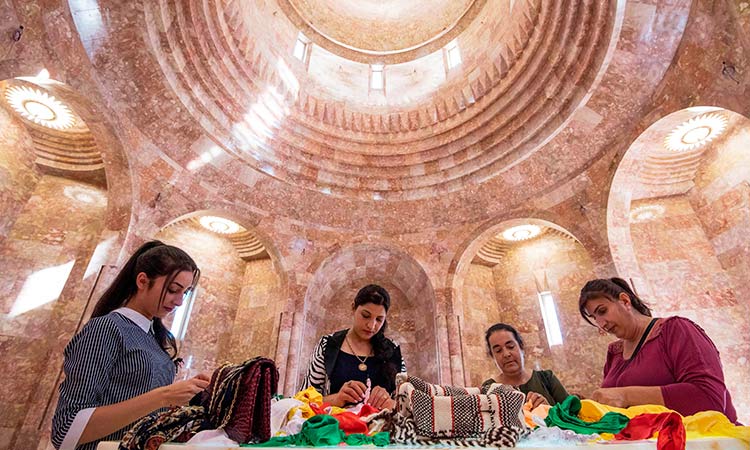 Women worshippers stand at the altar, they pray and tie knots in pieces of cloth that represent their wishes. AFP

Yazidis, an ancient ethnic group, now have a massive new temple in Armenia to help preserve their religion and identity.

The Yazidi community, which has suffered greatly in recent upheavals in the Middle East, has found a safe haven in the former Soviet Caucasus country.

And now they have built a gleaming white temple there surrounded by a rose garden, which is already attracting pilgrims from abroad. 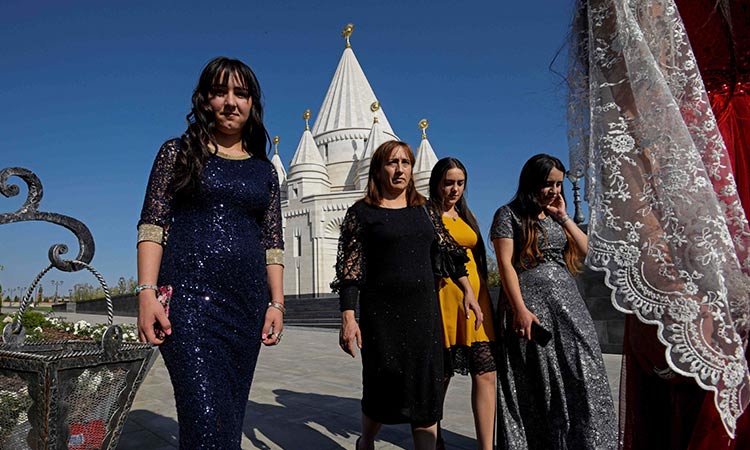 The new Yazidi Temple in the village of Aknalich, 35 kilometres from the Armenian capital Yerevan. AFP

The new temple stands 35 kilometres (22 miles) from the Armenian capital Yerevan, in the village of Aknalich, where 150 of the residents are Yazidi.

Its construction was partly funded by a wealthy Moscow-based Yazidi businessman Mirza Sloyan, who was born nearby.

The new temple is intended as a symbol of strength for the Kurdish-speaking religious minority group, as the community tries to preserve its unique faith. 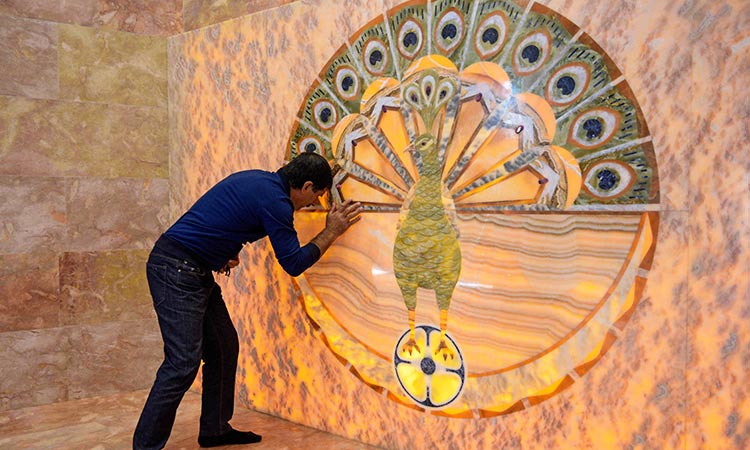 A man touches an image of the Melek Taus, or the Peacock Angel. AFP

"Over the centuries, our ancestors have known much sorrow and pogroms," said 62-year-old Tosun Avdalyan, who had come from Russia to pray in the new temple.

"This temple will help our people to preserve, cherish and protect our national awareness and religion," he added.

"After having seen so many atrocities, we now have a new sanctuary and feel stronger, united," said another worshipper, 31-year-old Aram Usubov.

Yazidis worship one God, who they believe created the world and entrusted it to seven Holy Beings, the most important of which is Melek Taus, or the Peacock Angel. 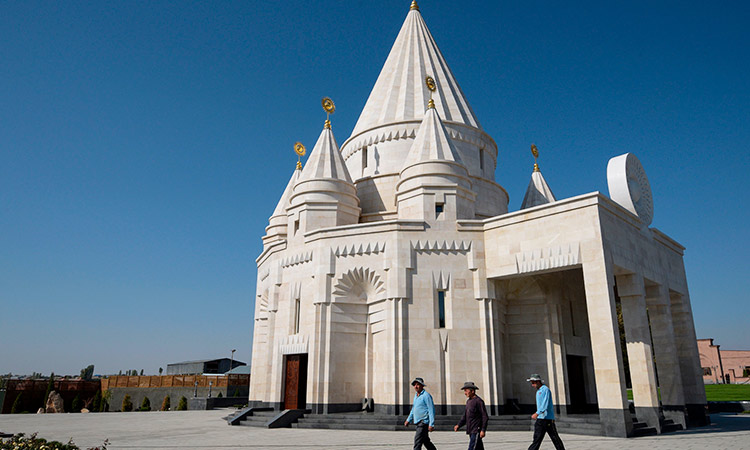 The temple's seven domes topped with sun symbols represent the seven angels revered by the Yazidis, adherents of an ancient religion rooted in Zoroastrianism.

Worshippers remove their shoes before entering and kiss the walls around the entrance. The inside is dominated by the holy symbol of the peacock.

At the altar, they pray and tie knots in pieces of cloth that represent their wishes. Outside, a stall sells souvenirs in the shape of peacocks.

Their beliefs and practices of the Yazidis include a ban on eating lettuce and wearing the colour blue. 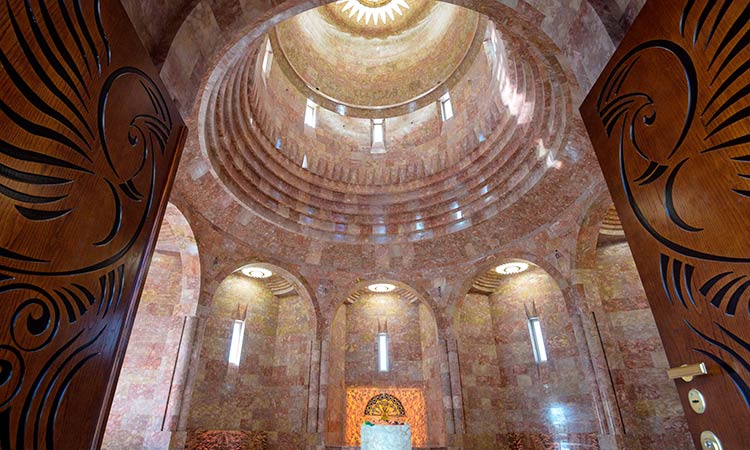 A view of the interior of the new Yazidi Temple in the village of Aknalich. AFP

But their unique beliefs — which over time have integrated elements of Judaism, Christianity and Islam — have often been misconstrued as satanic.

Some Muslims consider the Peacock Angel revered by Yazidis a demon figure and refer to Yazidis as devil-worshippers.

And while the 35,000 Yazidi community in Armenia can freely practise their religion, elsewhere they have suffered greatly.

Yazidis also live in Syria, Turkey — and Iraq, which has the largest community, numbering 1.5 million.

They suffered crimes that the United Nations has described as genocide and Armenia's parliament has formally recognised as genocide.

Last year, Yazidi activist Nadia Murad, who was held prisoner by daesh, was joint winner of the Nobel Peace Prize for her activism against sexual violence.