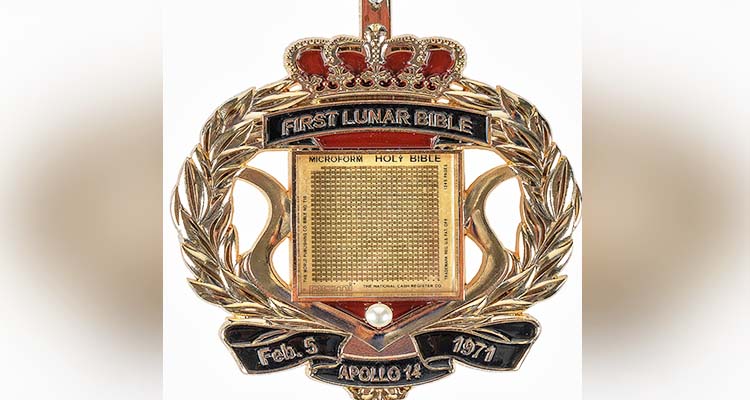 The lunar Bible is kept on display at the museum.

The Museum of the Bible in Washington quietly replaced an artifact purported to be one of a handful of miniature Bibles that a NASA astronaut carried to the moon in 1971 after an expert questioned its authenticity.

The move follows an announcement last year that at least five of 16 Dead Sea Scroll fragments that had been on display at the Museum were found to be apparent fakes.

The Museum replaced the original microfilm Bible with one that was donated by an Oklahoma woman who wrote a book about the Apollo Prayer League, which arranged for Apollo 14 astronaut Edgar Mitchell to carry tiny Bibles to the moon.

The purported "lunar" Bible is just the latest item purchased by the family to come under scrutiny. 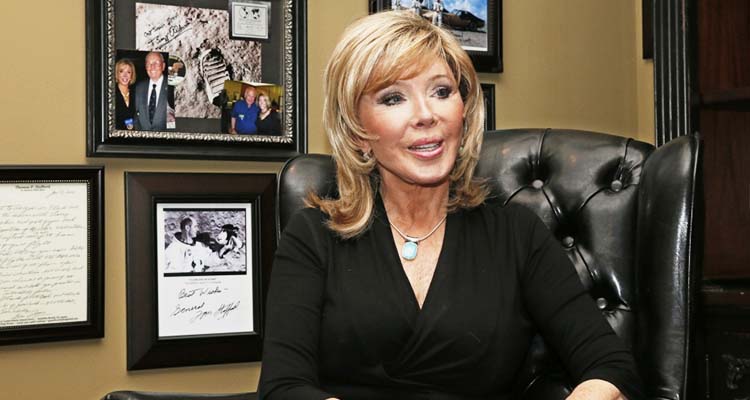 Carol Mersch talks during an interview in her home in Tulsa, Okla.

As for the Dead Sea Scrolls that were called into question, the 11 remaining fragments are being tested, with results expected by the end of the year, Cirmo said. Two of the fragments remain on display with signs noting that they are being tested.

The Museum did not announce that it was replacing the lunar Bible - a decision Cirmo defended.

"It's pretty ridiculous to think that any Museum, that every time you switch something out you're going to announce it on plaques," Cirmo said. "Collectors make mistakes all the time. ... This is not something that is unique to Steve Green."

The item that was previously displayed is now in storage, Cirmo said.

Tulsa author Carol Mersch, who had raised concerns about its authenticity, donated the replacement Bible.

"(Green) is thankful, as is the Museum, that someone came forward and donated one that actually went to the moon ... and that one didn't cost anything," Cirmo said. 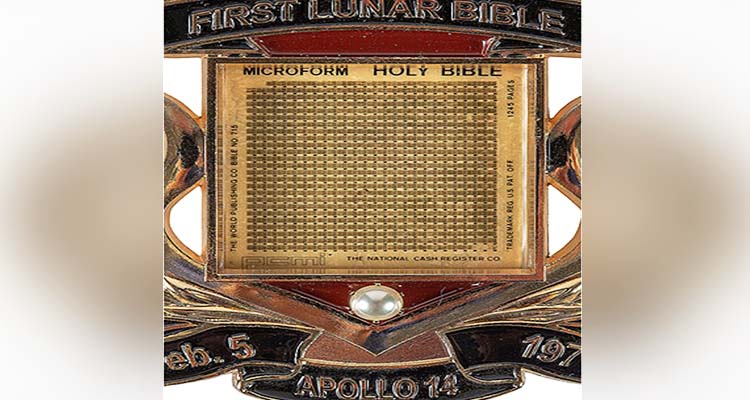 The Museum did not announce that it was replacing the lunar Bible.

Mersch was given 10 lunar Bibles by then-NASA chaplain the Rev. John Stout, a co-founder of the Apollo Prayer League.

Green, chairman of the Museum's board, bought the original Bible for about $56,000. It had also been displayed at the Vatican.

Mersch questioned its authenticity because it had a serial number that was only three digits; she said Stout engraved the authentic lunar Bibles with five-digit numbers. Mersch said the Bible she provided was authenticated by both Stout and Mitchell.