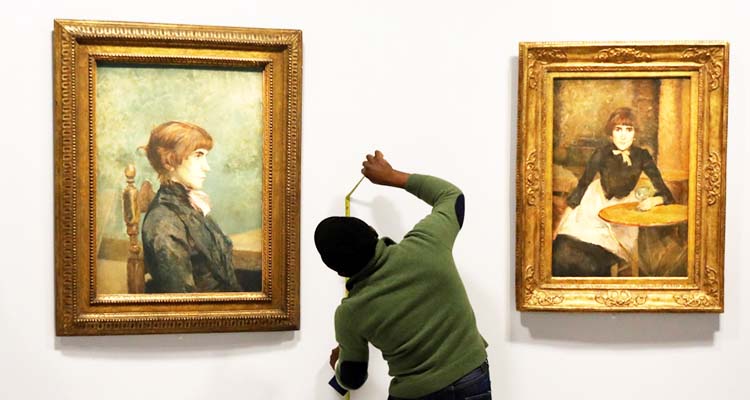 "We wanted to show works that had not been on display during the last retrospective in 1991, especially the first works and the last ones.

It is the first Parisian retrospective of Toulouse-Lautrec, considered one of the most influential Post-Impressionists, in three decades and the organizers aim to give the public a more broad view of the painter's short career. 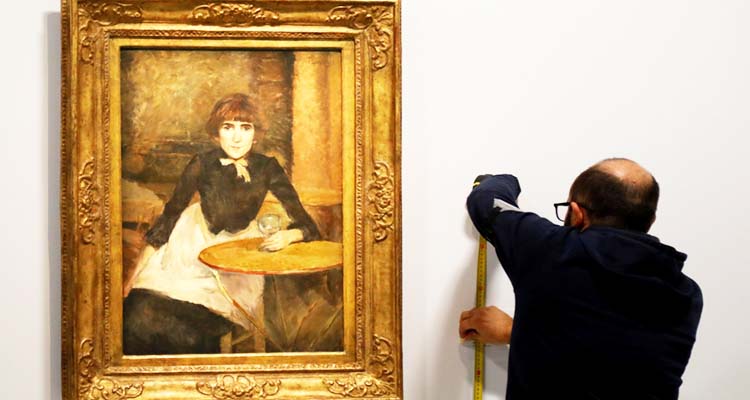 A worker fixes a sign near a painting "Jeanne Wenz a la Bastille, 1888."

"I think that, with this exhibition, the public will have the opportunity to reassess his work as a whole."

Toulouse-Lautrec captured the bohemian Parisian nightlife of the 1890s and immersed himself in it. Inspired by the nascent art of photography, he adapted an unconventional style with his portraits.

"He understood what photography brought to the world of images. He imported and sometimes was ahead of certain photographic effects that would not really be used before the twentieth century," Guenan said, adding that Toulouse-Lautrec had many friends amongst photographers. 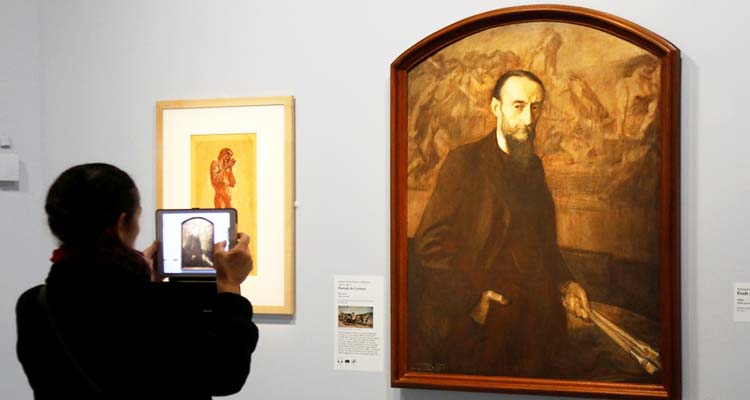 A visitor takes a picture of a painting "Portrait de Cormon, 1910."

He notably painted posters for the Moulin Rouge, the French cabaret famous for its high-kicking cancan dancers and flesh-exposing ostrich feather costumes, which first opened its doors to audiences exactly 130 years ago.

The Toulouse-Lautrec exhibition at the Paris's Grand Palais runs from Oct. 9 to Jan. 27. 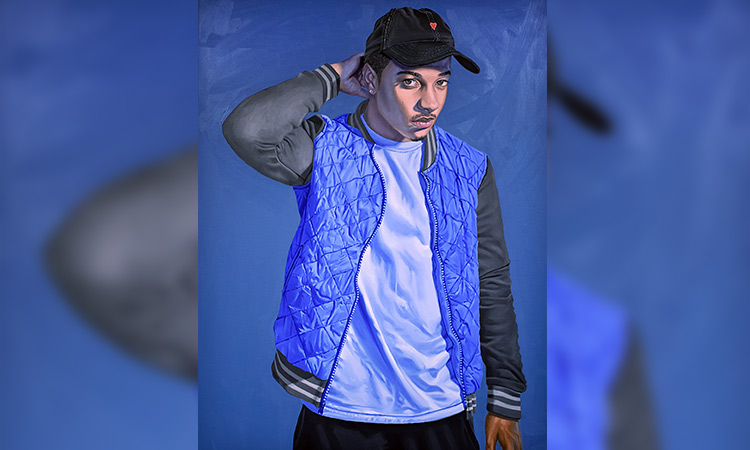 The timeliness of the exhibition is particularly significant, as its launch comes amidst a heightened awareness of racial injustice against the Black community, with protests occurring around the world. 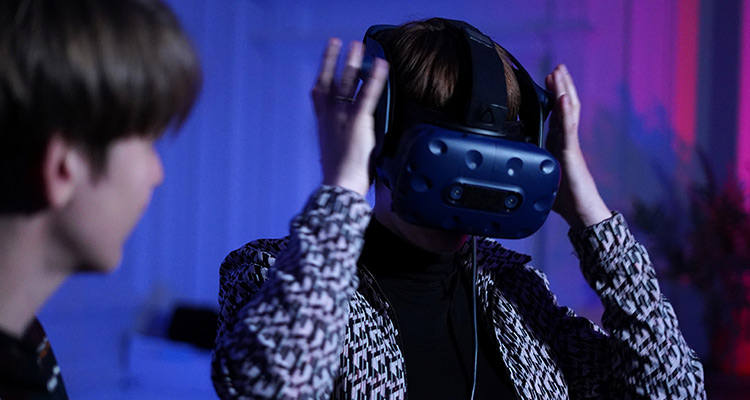