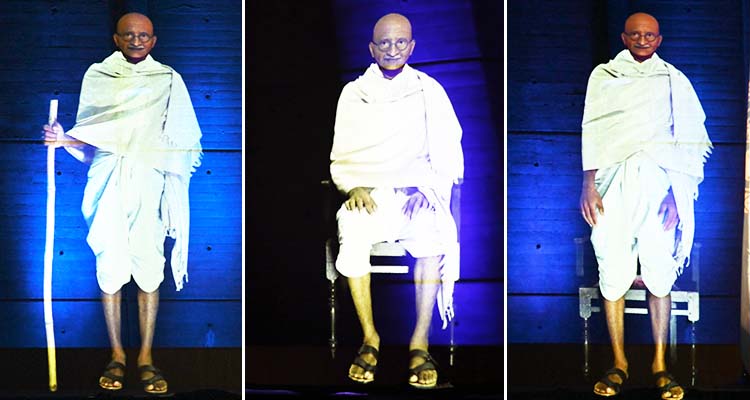 A hologram of Indian leader Mahatma Gandhi speaks to the audience at the UNESCO headquarters, in Paris

A life-size hologram of Mahatma Gandhi participated in a dialogue with panellists at the fourth Ahimsa lecture here in Paris, organised by the UNESCO Mahatma Gandhi Institute of Education for Peace and Sustainable Development (MGIEP), in cooperation with the Permanent Delegation of India.

The dialogue was on progress towards the Sustainable Development Goal (SDG) for education.

It was opened by the Ambassador of India to France and Permanent Representative of India to UNESCO, Vinay Mohan Kwatra and the Assistant Director-General Priority Africa and External Relations, UNESCO, Firmin Edouard Matoko.

The Ahimsa dialogue, held on Tuesday at the UNESCO Headquarters in Paris, commemorates the International Day of Non-Violence on October 2 which marks Gandhi's 150th birth anniversary, the MGIEP said in a statement. 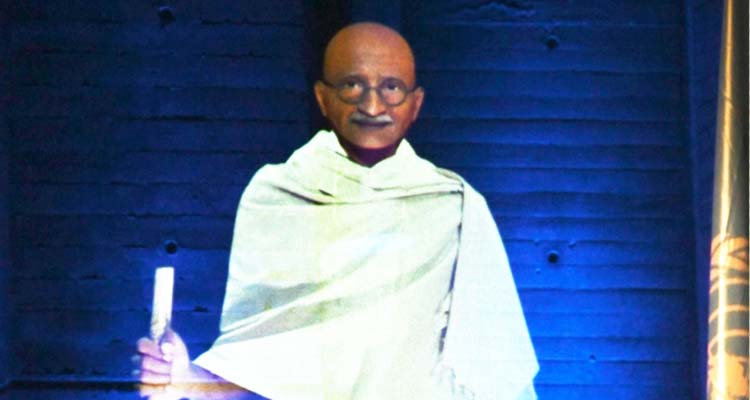 Digital sculpting tools were used to add colour and texture to produce a real life image of Gandhi.

The holographic avatar of Mahatma Gandhi was created using photo-mapped images from 1930-1940 and advanced contouring software and 3D printing to create a life size wire-frame of the Mahatma.

Digital sculpting tools were used to add colour and texture to produce a real life image of Gandhi.

The image was then animated and the voice lip synced to produce a colour hologram with advanced reprographic techniques. The process was curated by Birad Rajaram Yajnik along with the technical team of Mahatma Gandhi Digital Museums and was sponsored by Gandhi Smriti.

While Gandhi was amongst the most photographed people of his time and the world has access to his photographs, filmed interviews and radio addresses, it is less than 5 per cent of the compiled 98 volumes of Mahatma Gandhi's written work. A hologram can bridge this gap and the written word of the Mahatma can be experienced in a life-like scenario.

Through Holography, a standing hologram of Mahatma Gandhi can speak for a total of 15 minutes with 2 to 3 minutes to set the tone for the panel discussion. (The talk was extracted with due reference of his writings on Satyagraha, Ahimsa, Kindness, critical inquiry and education).