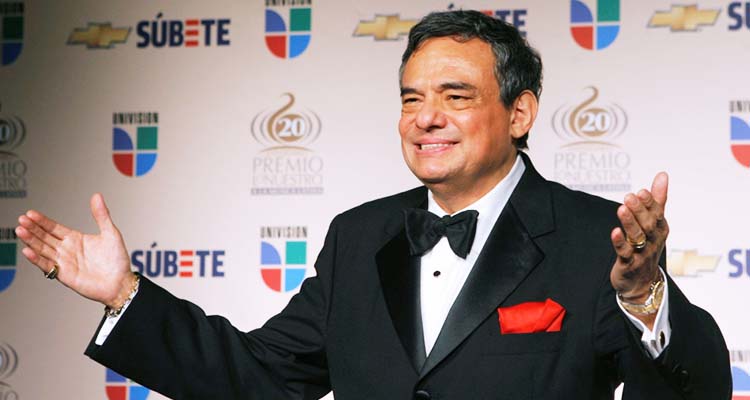 Legendary Mexican singer Jose Jose, who was often called "El Principe de la Cancion" or "Prince of Song", has died at the age of 71.

"From the Ministry of Culture we are sorry for the passing of singer Jose Romulo Sosa, better known as Jose Jose of the prince of the song. Since the beginning of his career, the singer of El Triste became one of most beloved voices in Mexico. Rest in Peace," the ministry tweeted Saturday, reports cnn.com.

He is survived by his wife Sara Salazar and his children, Sarita Sosa, Jose Joel and Marisol.

The singer, called by fans and colleagues "El Principe de la cancion" (Prince of Song), had tweeted in June that he was undergoing therapy and thanked his fans for their support.

He was known for romantic ballads like "La Nave del Olvido", "40 y 20", "Gavilan o Paloma" and "El Triste", and many more songs that became hits throughout his career of more than half a century.

Born in Mexico City, Jose Jose grew up surrounded by music, as his father was a tenor for the Mexico National Opera and mother was professional pianist.

He started his career singing jazz and bossa nova but jumped to fame in 1970 when he sang "El Triste" at the Festival de la Cancion Latina. He didn't win the prestigious singing contest but his performance was so memorable that fans across Latin America considered him the actual winner.