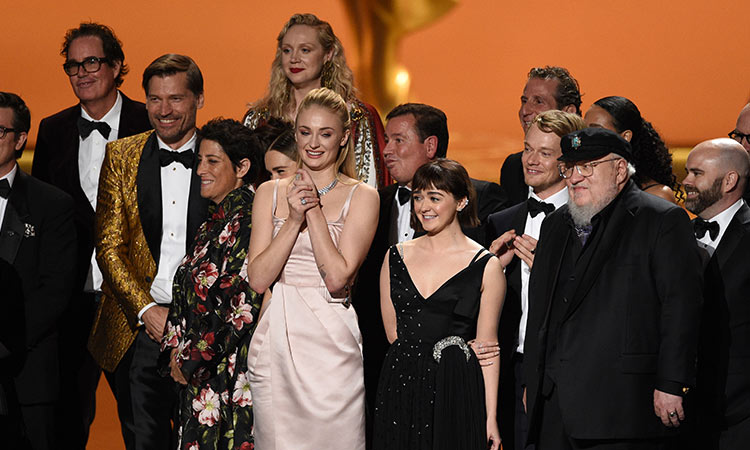 Cast and crew of "Game of Thrones" accept the Outstanding Drama Series award at the 71st Emmy Awards. AFP

Emmy Award viewership plunged to 6.9 million people, a drop of 32% from last year.

The Nielsen Company says it's the first time ever that viewership for television's biggest awards show has slipped below 10 million viewers. 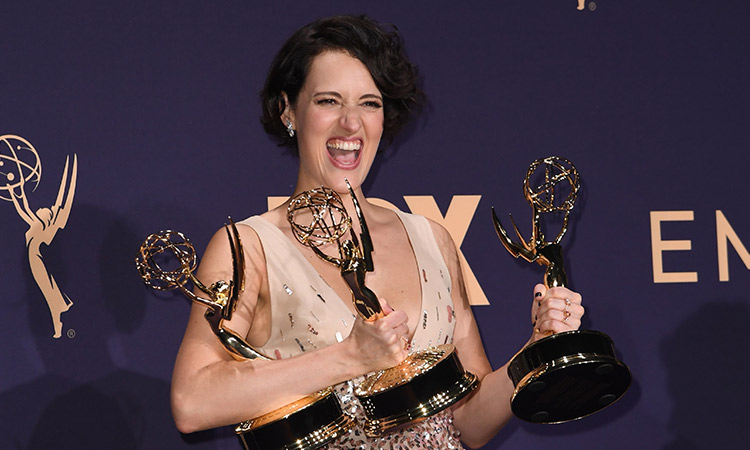 Phoebe Waller-Bridge poses with her award for Lead Actress in a Comedy Series for "Fleabag." AFP

The show, telecast Sunday night on Fox, had no host and competed with a popular NFL game on NBC.

Last year's Emmys, with 10.2 million viewers, had been the previous least-watched edition of the Emmys.