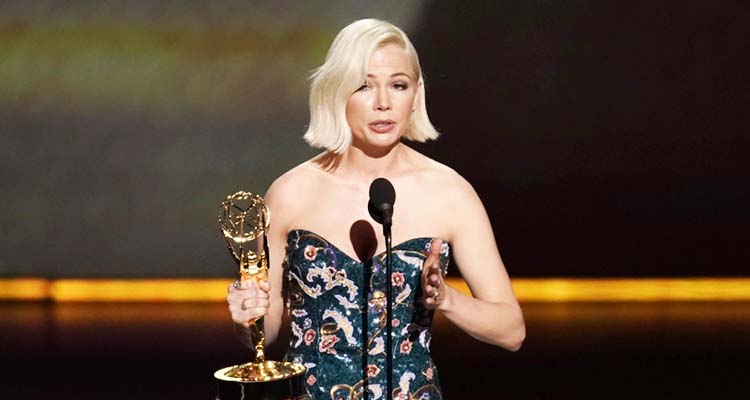 Michelle Williams accepts the Outstanding Lead Actress in a Limited Series or Movie award for "Fosse/Verdon."

The actress was named as the Best Lead Actress in a Limited Series or Movie at the awards gala on Sunday night here. She celebrated the moment by praising the makers of "Fosse/Verdon" for paying her equally, and put the spotlight on the need for pay equality in the entertainment industry. It is her first Emmy win.

"I see this as an acknowledgement of what is possible when a woman is trusted and feels safe enough to voice her needs and respected enough to be heard  When I asked for more dance classes I heard, 'Yes'; more voice lessons, 'Yes'; a different wig, a pair of fake teeth not made of rubber, 'Yes' All of these things they require effort and they cost more money but my bosses never presumed to know better than I did about what I needed in order to do my job and honour Gwen Verdon," Williams said while accepting the award. 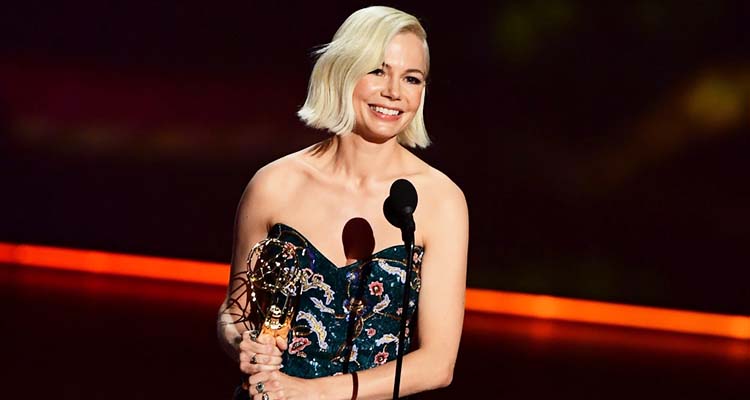 She celebrated the moment by praising the makers of "Fosse/Verdon" for paying her equally.

"Thank you so much to FX and Fox 21 studios for supporting me and paying me equally, because they understood that when you put value into a person, it empowers that person to get in touch with their own inherent value. Where do they put that value? They put it into their work," added the actress, who made headlines when she revealed that she got just more than 10 per cent of what her "All the Money in the World" co-star Mark Wahlberg made for the 2017 film.

Williams went on to stress the need for women to be paid equally.

"The next time a woman -- and especially a woman of colour, because she stands to make 52 cents on the dollar compared to her white male counterparts -- tells you what she needs in order to do her job, listen to her, believe her, because one day she might stand in front of you and say thank you for allowing her to succeed because of her workplace environment and not in spite of it," she said.