Keeping the thread alive at a Vietnam silk village - GulfToday 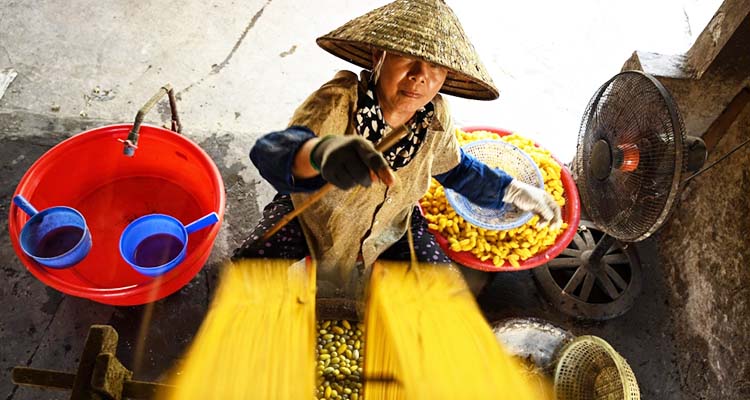 A worker collects yellow silk threads on a bobbin inside a workshop in Co Chat village.

The village in Nam Dinh province, two hours south of the capital Hanoi, is nearing the end of silk production season. 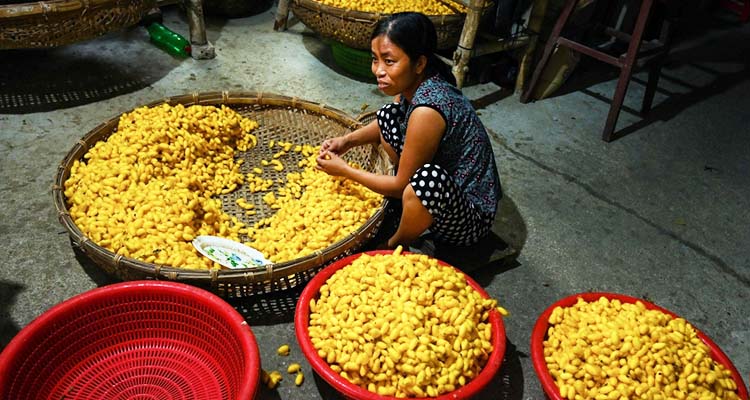 Dozens of workers, mostly women, in the bustling workshops stir the vats, gently unwinding the fibre from the cocoons through clouds of rising steam.

Once the yellow and white fibres are spun onto wooden reels, workers hang them in the sun to dry. 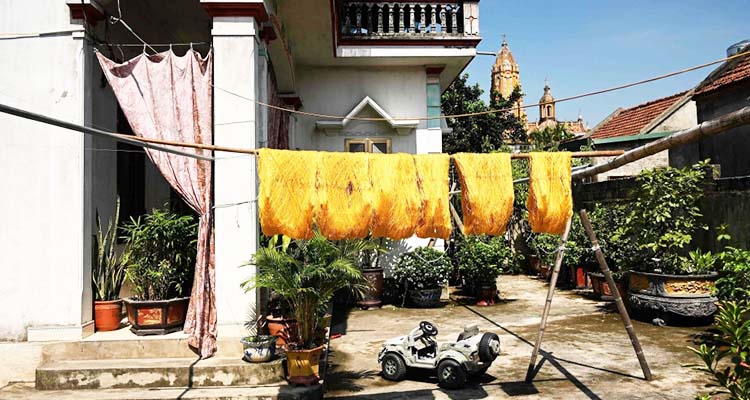 Silk threads hang in the compound of a home in Co Chat village in Vietnam's Nam Dinh province.

"Production from the silkworm cocoons depends 90 percent on the weather," says workshop owner Pham Van Ba, whose family has been spinning thread for three generations.

"Our products will be ruined" if it's not dried under the sun, he tells AFP, explaining that even good quality thread can be marred by inclement weather. 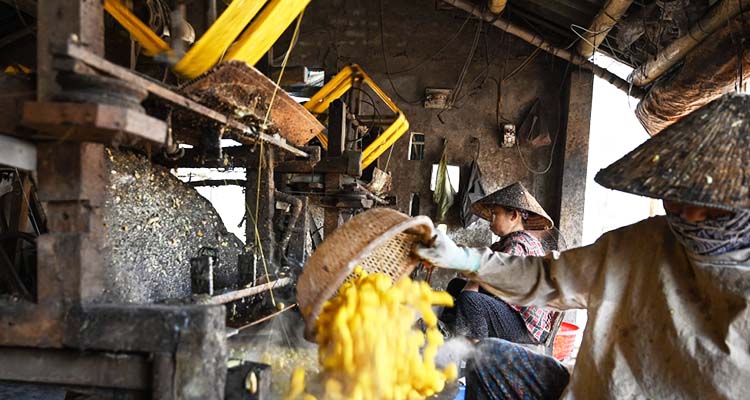 A worker collecting silk threads from yellow cocoons that have been boiled a workshop.

Around 30 kilograms of cocoons are processed by each worker every day, and the final threads are sold to traders exporting to Laos and Thailand.

While a few households have invested in modern silk-reeling machines, the majority choose to unwind the cocoons using chopsticks, even if it means sweating through the summer heat in stuffy workshops. 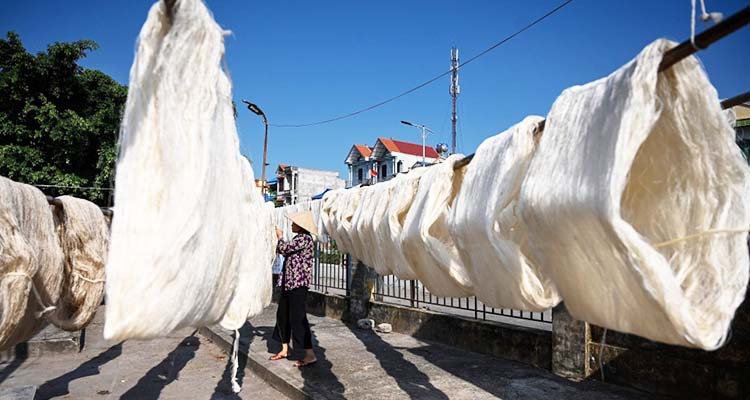 Doing it manually makes it easier to salvage usable silk thread from cocoons even if they are not good, Ba says.

Each labourer earns around $10 a day, but worker Tran Thi Hien describes the work as "precarious". 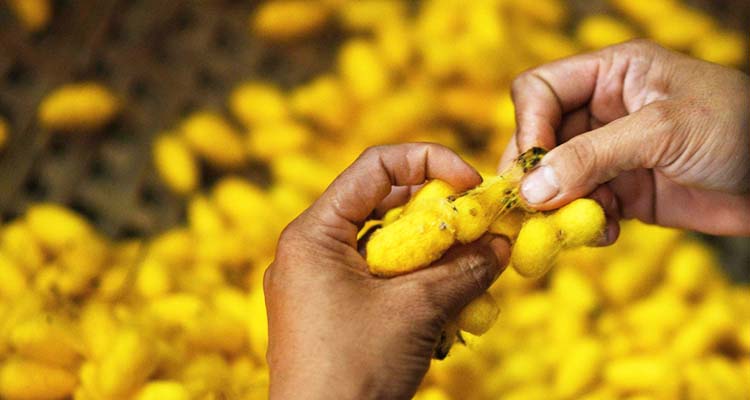 "If the market price goes up, then we make some profit. Otherwise, it's only enough to cover our expenses," the 37-year-old says, sitting next to baskets of yellow cocoons, waiting to be sorted.

Like others in the village, she worries about the future of the industry with many youngsters lured by a city lifestyle in nearby Nam Dinh.