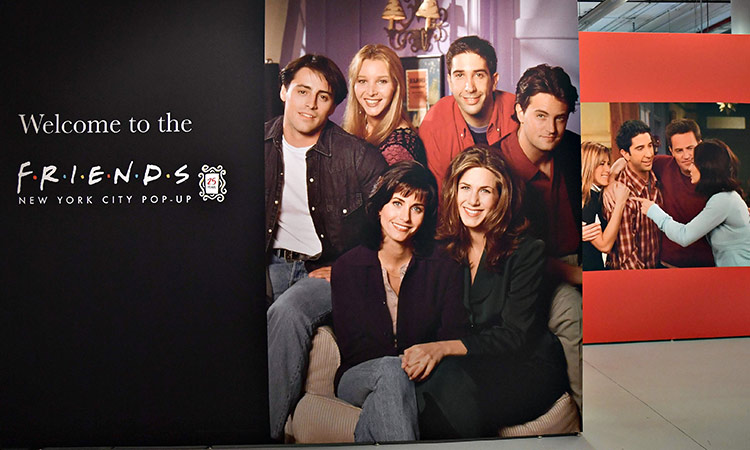 It is one TV show that one never tires getting a load of. Twenty-five years ago, on September 22, the first episode of the hit sitcom Friends hit the airwaves in America, creating ripples not only in the country but around the world. The Super Six — Rachel (Jennifer Aniston), Monica (Courteney Cox), Phoebe (Lisa Kudrow), Ross (David Schwimmer), Joey (Matt Le Blanc) and Chandler (Matthew Perry) — were the darling of millions of telly watchers. They could knock you for a six — with their weird, cack-handed antics, at their blundering, bubbly best, with innuendoes and wacky one-liners thrown in for good effect. Their favourite hangout, Central Perk, was the centre of attraction. With their breezy confidence, bonhomie, tongue in cheek retorts, boyfriend brio and gauche girlfriend gaffes, this sitcom grabbed millions of eyeballs.

Who can forget Joey’s classic greeting ‘How YOU doin’?’, his ‘shocking’ one-liners “The fridge broke. So I had to eat everything” or ‘Okay, Ross, you’re gettin’ a divorce, you’re angry, you’re hurtin’. Can I tell you what the answer is? Strip joints! Come on! You’re single! Have some hormones!’ have taken the teen world by surprise.

The Super Six can square the circle, any way they like. 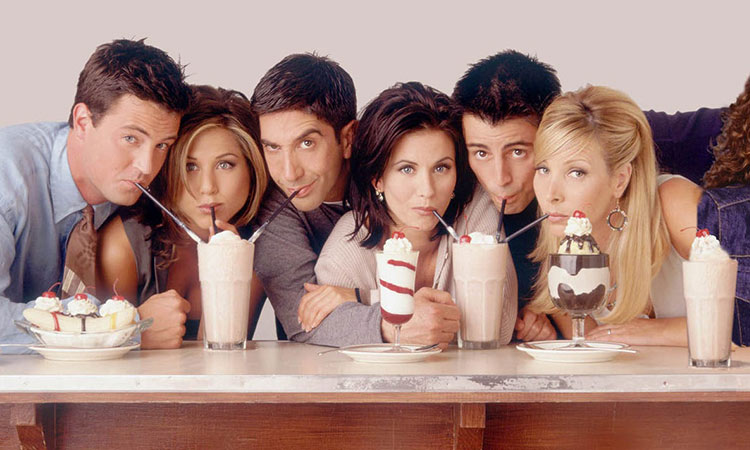 A scene from the 'Friends' TV series.

So how did the sextet come to be so lovable? What is it about this serial that endears itself to zillions? So what do the millennials have to say about this iconic soap opera? Gulf Today spoke to a few Friends fan-atics to probe the innermost recesses of their mind:

She particularly is extremely fond of the characters in the show. “I love Chandler. He’s so sarcastically funny but develops into such a loving character who retains his funny side. He doesn’t really care about what people think and says what comes to his mind which is so genuine and obviously comic. The sarcasm that he portrays isn’t despiteful and I love that. Joey is the cutest I know.”

Rajiv Reddy, a chartered accountant based in London, says the sitcom’s appeal lies in the fact that the principal characters were all the ‘next door’ type of people. “It tackled real world issues mainly dating, independent living and working, living together, divorce, marriage, fertility problems etc. Great original story lines. Good actors.”

The serial, originally called Insomnia Café, bid goodbye to its fans in 2004, but reruns of the sitcom are still being shown on the telly. A recent report said US reruns of the sitcom will move in spring 2020 from Netflix Inc to a new streaming service from AT&T Inc’s WarnerMedia called HBO Max.

‘Friends’ was the second-most watched show on Netflix in the United States when measured by minutes streamed, according to Nielsen data for 2018.

Avid ‘Friends’ enthusiast Anuradha Prasad says, “On a regular day, the little details that make up our lives slip through the cracks. ‘Friends’ blew up these moments and situations, made them full-bodied and funny, all of it played to a laugh track, which is sadly missing in real life. Like the scene where they have to split the bill. Who hasn’t gone through that?

“And then, there are the characters, each of whom is distinct and possessing a predictability that is reassuring. We either see these traits in ourselves or people we know. I can be a total Monica who likes to be in control and also a Phoebe with her oddball moments while wishing to be a Rachel.”

She says it is the relatability to the stories and characters, brought together by great writing and good performances, that has made Friends a classic and something you can watch over and over again.

The essence of ‘Friends’ is the ease with which each of them individually take their decisions in various aspects and are unconditionally supported by the rest of the group. It was popular because of the perfect blend of romance, comedy and timing!