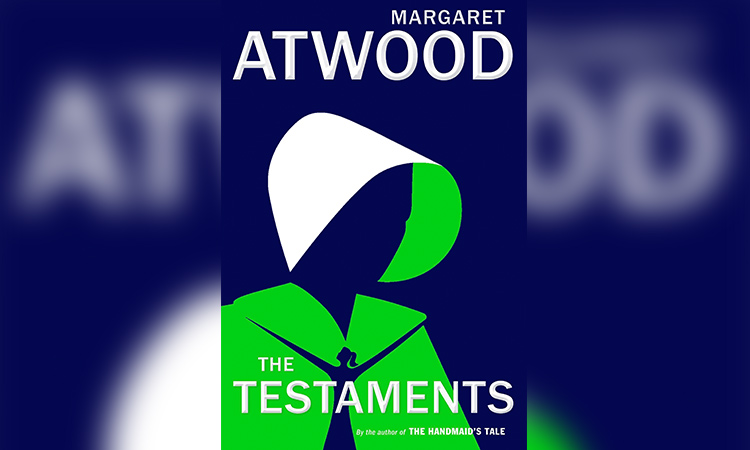 "The Testaments," by Margaret Atwood. AP

Margaret Atwood wrote her much-anticipated sequel to "The Handmaid's Tale" in a number of places, like "the dome car of a train stuck on a siding due to a mudslide, on a couple of ships, in a number of hotel rooms, in the middle of a forest."

That seems appropriate given that "The Testaments," which begins 15 years after the "Handmaid's Tale" leaves off, is a wild ride, taking us beyond the walls of the fictional Gilead.

The fate of Offred is uncertain at the end of "The Handmaid's Tale." And that main character, while mentioned in "The Testaments," is not one of the three women giving testimony, but her actions propel the plot of "The Testaments."

Beginning with the chilling Aunt Lydia, who is writing an account dubbed "The Ardua Hall Holograph," the reader is brought back into the world of Gilead, which seems to be starting to crack. "Over the years I've buried a log of bones; now I'm inclined to dig them up again - if only for your edification, my unknown reader," Aunt Lydia writes.

In "Testaments," we learn about the origins of Aunt Lydia, who is immortalized as a statue at Ardua Hall while she is still living, one of the most vicious characters of "The Handmaid's Tale." Too old to make babies, she became an "Aunt," charged with instructing and disciplining girls. Lydia recounts how she was beaten three times after the world started falling apart. "Three is a magic number," she says, adding she has a third eye that was "cold, like a stone; It did not weep: it saw." The structure of the three testimonies of the three characters works well in this book, propelling the story and the fate of Gilead.

And these three characters are tested. And we are treated to a book that satisfies many of the questions left hanging at the end of "The Handmaid's Tale" by a writer who seems to enjoy this ride.