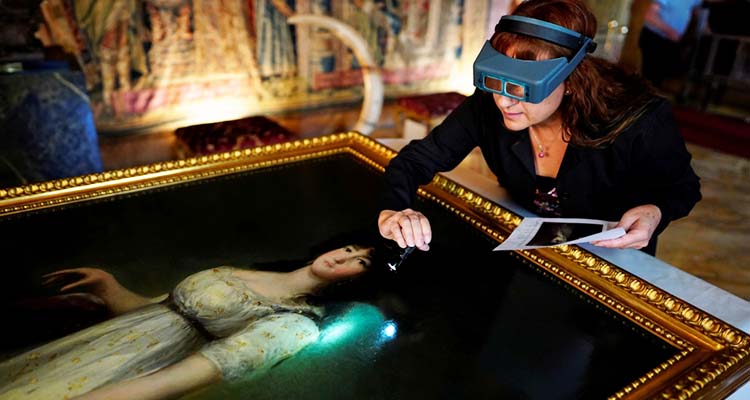 Home to the 19th Duke of Alba, a Grandee - or highest nobility - of Spain and head of one of its oldest and richest aristocratic houses, it boasts paintings by Francisco Goya, Diego Velazquez and Peter Paul Rubens and a unique library with letters penned by Christopher Columbus and a first edition of Don Quixote. 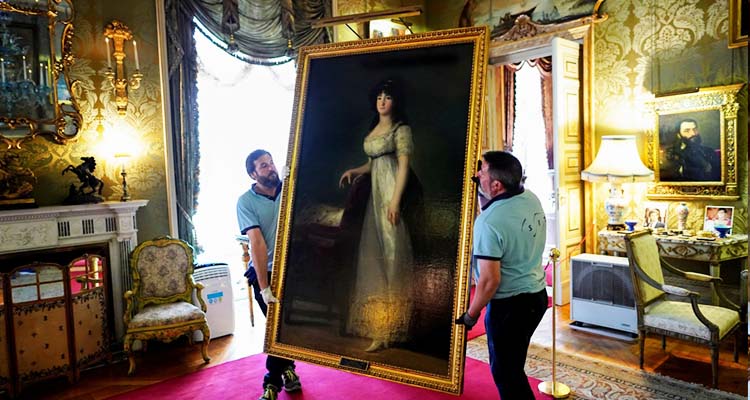 Workers carry "The Marquise of Lazan" painting by the Spanish painterFrancisco Goya.

"You can feel the weight of history the moment you enter this house," Alvaro Romero Sanchez-Arjona, head of the culture department at the Casa de Alba Foundation, told Reuters.

Visitors ... will realise they're not in a conventional museum, they are in a palace, in an inhabited house," Romero added while taking receipt of Goya's portrait of the 13th Duchess of Alba - the painter's muse - returned after a temporary lease to the Thyssen museum. 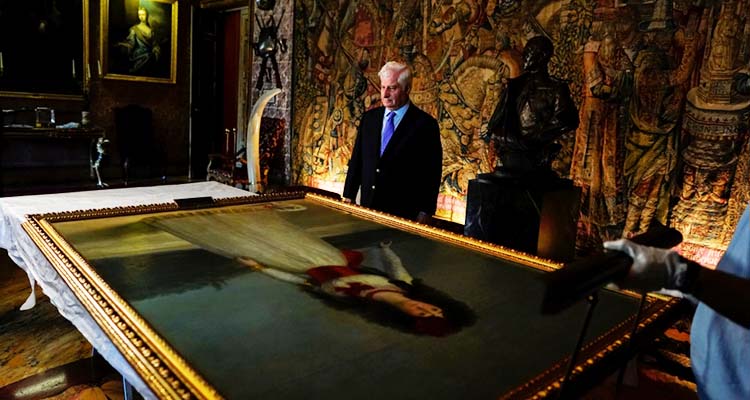 The 18th century building is the third palace the Albas have opened to paying visitors since 2016 in an effort to maintain the heritage of the family, which is restricted from selling many of its heirlooms due to their historic importance for Spain. 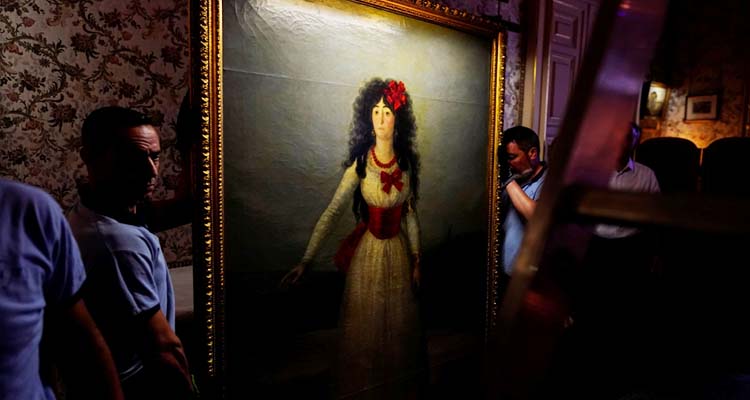 The Palace of Liria, where France's last empress and wife of Napoleon III, Maria Eugenia de Montijo, died in exile 1920, will allow groups of 20 visitors to tour its ground and first floors every 30 minutes for a 14-euro ($15.50) feet.

Duke Carlos Fitz-James Stuart and his family will continue to live on the second floor of the palace, which was extensively rebuilt after suffering heavy damage from bombing in Spain's 1936-39 Civil War.