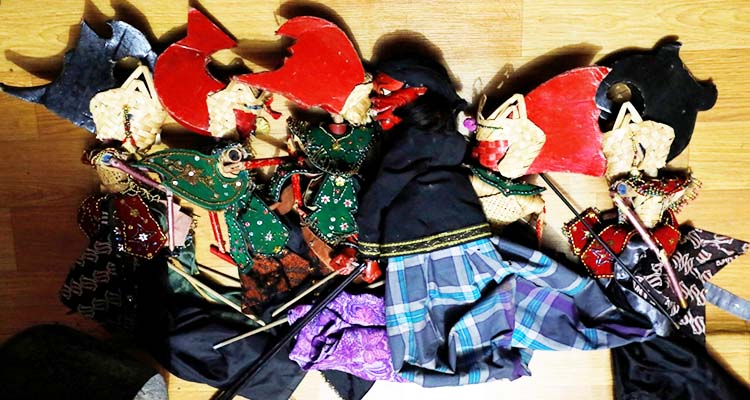 It's a warm night in Indonesia and the air is filled with excitement as villagers watch a puppet show accompanied by traditional music.

To the rhythmic beat of cymbals, drums and a bamboo harmonica, the hand-held puppets wearing brightly coloured batik headdresses and sarongs fight, and one gets flung off the stage.

This vivid performance is the brainchild of Drajat Iskandar, who has been lending a hand to revive the near-extinct art of "wayang bambu," or bamboo puppetry.

Once enjoyed by generations of Sundanese, Indonesia's second most-populous ethnic group who originate from the central island of Java, the delicate art has almost disappeared from modern stages.

Iskandar, 47, has updated his bamboo puppets by making them three-dimensional, unlike conventional two-dimensional ones. 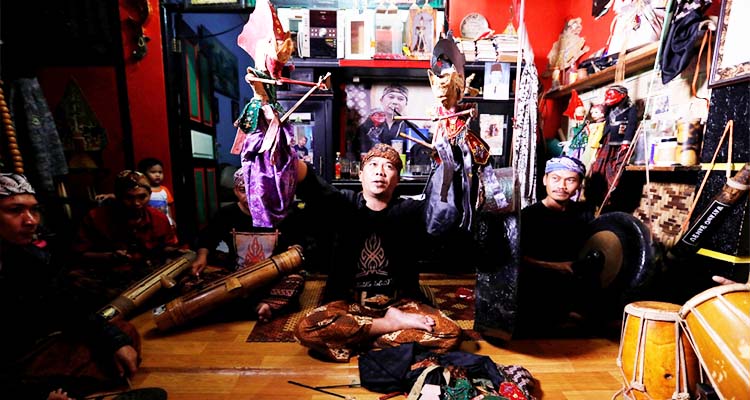 Puppeteer Drajat Iskandar holds bamboo puppets during a training session at his house in Bogor.

This is done by weaving bamboo strips together to form an intricate head and torso fixed over two perpendicular bamboo sticks. The puppet is then dressed in a headdress and sarong.

The narratives Iskandar's puppet troupe perform are also updated to reflect modern society, instead of the usual stories from Hindu epics such as the Ramayana and Mahabharata.

"I try to portray local stories and folklore from our community with bamboo puppets," Iskandar said. "The stories we perform are also inspired by current issues, like brawls between students, drug problems, sexual freedom, and politics."

Iskandar learned the art of "wayang bambu" from his father, who was also a puppeteer. A former artist, he started developing his own "wayang bambu" style of performance nearly two decades ago.

Now he has a full puppet troupe, along with an orchestra of twelve musicians that accompany each show, and has been training pupils to preserve the art form.