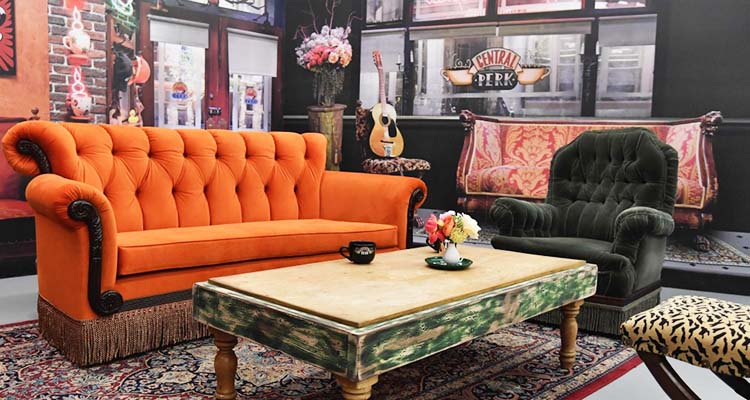 A set scene is on display at the Friends 25th Anniversary New York City Pop-Up.

Central Perk's famous orange sofa, Chandler and Joey's reclining leather armchairs and Phoebe's guitar: all are on display at an exhibition to mark the 25th anniversary of the hit sitcom "Friends."

The pop-up exhibit opened in New York on Saturday as part of celebrations marking a quarter of a century since the first episode aired on NBC, and runs until October 6.

It is also a way for Warner Bros to cash-in on the comedy series' seemingly never-ending popularity, 15 years after the last episode was broadcast in May 2004. 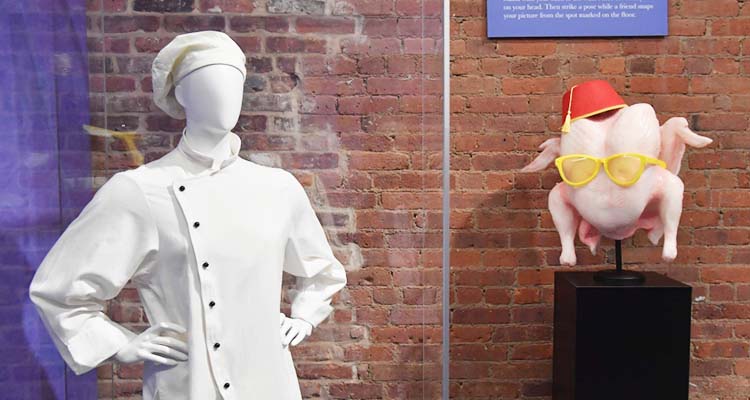 A costume is on display at the Friends 25th Anniversary New York City Pop-Up.

"It's like a museum. The amount of details, of props, and just the craftsmanship that has gone into this event is astounding," said James Michael Tyler, who played Gunther, the timid waiter in love with Rachel.

The studio has recreated the set in a huge loft in Soho, Manhattan, almost exactly. Everything from the furniture to the decor is the same.

Visitors can lounge on the famous armchairs where Joey and Chandler would shout at the television, eye their foosball table, or open the door to Monica and Rachel's apartment just across the hallway. 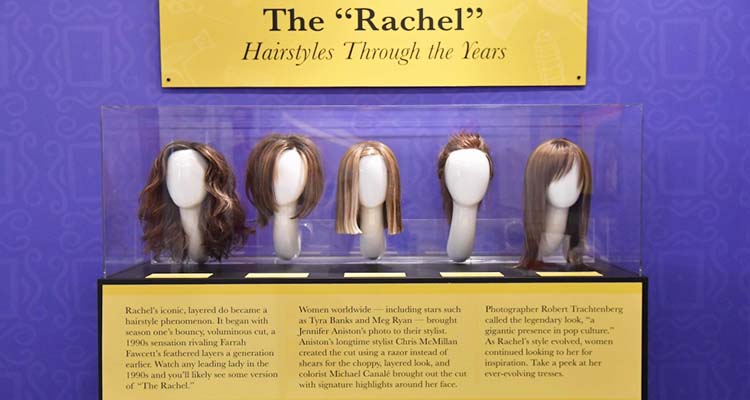 Wigs of character "Rachel" played by Jennifer Aniston are on display.

More than a thousand movie theaters in the United States are planning to show iconic episodes this year while lines in "Friends" toys and furniture, including the orange sofa, have been launched around the world.

"We love their behaviors in these situations and we absolutely associate with what's made for them and we're going to watch them every week because we're crazy about them," he added, explaining the series' longevity. 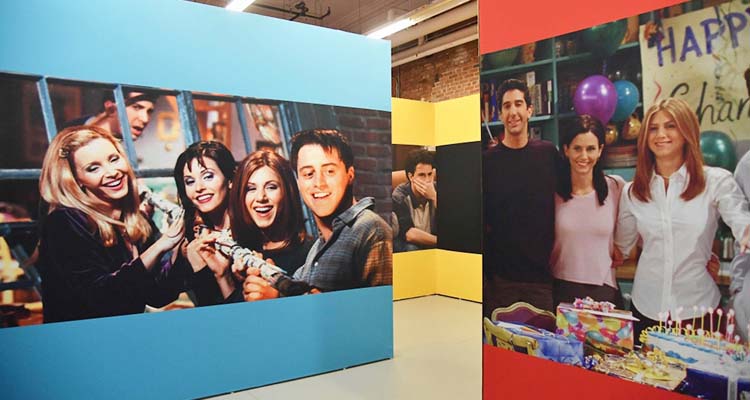 Posters of the "Friends' cast are seen during the Friends New York City Pop-Up.

Tyler (Gunther) admits he is a little saddened by the nostalgia trip at the exhibition, saying he misses the days on set.

"I was very lucky. I don't take it lightly. I was blessed to have been part of this show," said the 57-year-old.