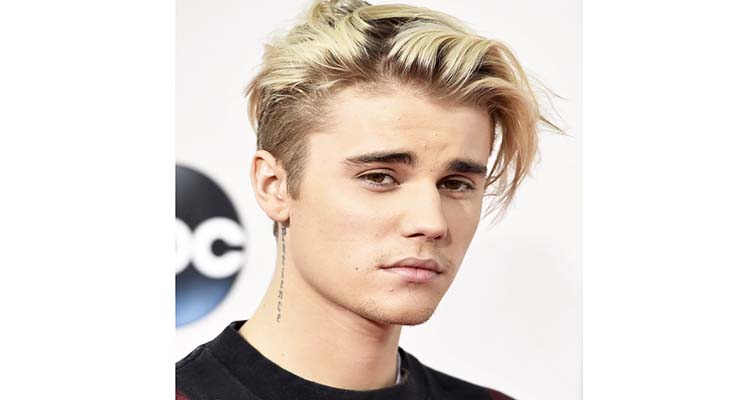 Justin Bieber arrives at the American Music Awards at the Microsoft Theater in Los Angeles.

After Justin Bieber opened up about his struggle with fame and addiction to "heavy drugs", several of his friends, including Miley Cyrus and Ed Sheeran, have come out in his support.

Earlier this week, the "Sorry" singer shared an Instagram post through which he reflected on how growing up in an unstable home and becoming a global star at 13 turned out to be physically and mentally stressful, leading to drug abuse and suicidal tendencies.

Celebrities, including Sheeran, Cyrus, Sean Kingston and Khloe Kardashian, left comments on his post -- some thanking him for sharing his story and some showing him love and support.

"Friends from the beginning, here until the end," Cyrus commented.

Khloe wrote: "This is beautiful! Thank you!! We are so proud of you!! I needed this! God bless you always."

"Wow thank you for the testimony. I sure needed this... God bless you forever my lil brother," posted Kingston, who collaborated with Bieber on "Eenie Meenie" in 2010.

"Love seeing this so much man! Wow," commented singer Cody Simpson, who collaborated with Bieber in 2014 on "Home to mama".

Juicy J wrote "God bless", along with three prayer-hands emojis, while Akon used the flexed-bicep emoji to comment on the post. Christina Perri thanked Bieber for "sharing this part of you".

Actor Kyle Massey, who played Cory Baxter in the hit sitcom "That's So Raven" and its spin-off "Cory in the House", related to his message.

Massey posted: "This is so powerful. I experienced ups and downs in my life being a celebrity and the point of view of the child star is one most people and media ignore. It's a blessing to be apart of an industry like entertainment and growing up in it is a dream.