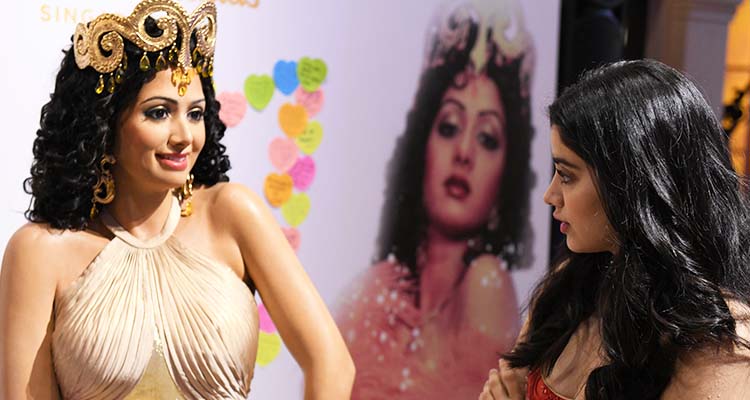 The wax statue of Bollywood actress Sridevi is seen at the Madame Tussauds in Singapore.

Her charisma in that evergreen dance number is captured in the statue.

"The official launch of Sridevi's first and only unique wax figure in Madame Tussauds Singapore," tweeted the official account of the wax museum, leading to a buzz in the digital world. 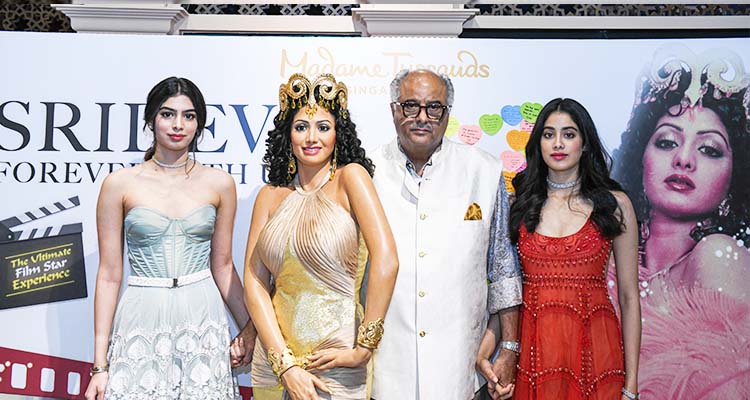 Family members of Sridevi pose with her wax statue.

The statue was launched in the presence of the late actress's husband Boney Kapoor, and her daughters Janhvi and Khushi. They have already left for Singapore.

"Sridevi lives forever in not just our hearts but also in the hearts of millions of her fans. Boney tweeted.

He also posted a video that showed glimpses of the making of Sridevi's wax figure.  "This video gave me goosebumps! A beautiful ode to one of India's biggest superstars! #Sridevi's wax statue will be unveiled soon," one user wrote. 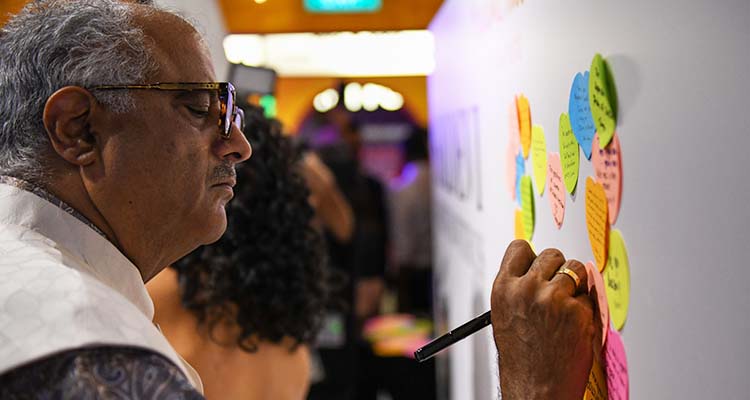 Boney Kapoor writes a note at the unveiling of Sridevi's statue.

"Hawa hawai crops up every time I think of #Sridevi...That is how I'll always remember her," another wrote.

Superstar Sridevi, who reigned the Bollywood box-office of the eighties, died on February 24, 2018, by accidentally drowning in a bathtub.