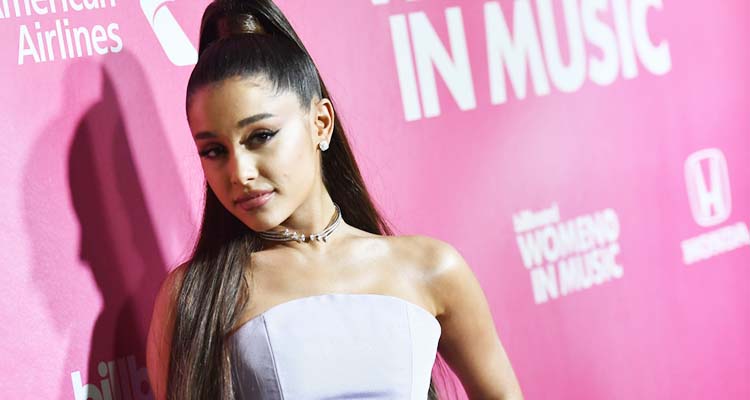 Grande is seeking $10 million over claims the brand, and its spin-off cosmetics line Riley Rose, created an online campaign with striking similarities to her music videos, such as "7 Rings," from late last year.

"Even a single social media post by Ms Grande can garner fees of several hundred thousand dollars, and her longer-term endorsement arrangements command fees in the millions of dollars," it said. 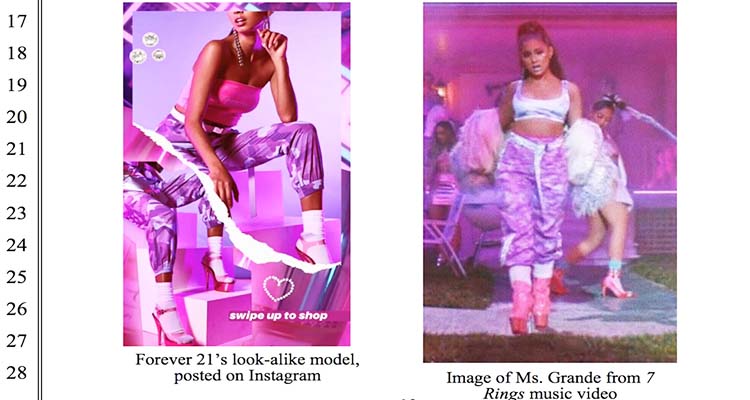 The model on the Instagram account of fashion retailer Forever 21 is seen alongside an image of Ariana.

Grande has 163 million Instagram followers, making her the most-followed woman on the photo- and video-sharing social media platform.

Images from Forever 21's Instagram account cited by the lawsuit showed a model wearing purple camouflage clothing and a pink headband and boots similar to those worn by Grande in the "7 Rings" music video.

The images appear to have been taken down from the company's social media accounts.

A Forever 21 statement denied the allegations, adding that the fashion firm has "worked with (Grande's) licensing company over the past two years."

"We are hopeful that we will find a mutually agreeable resolution and can continue to work together in the future," it added.

Bloomberg News reported last week that Forever 21 was preparing for a bankruptcy filing.