Salman whips himself, warns kids not to try it - GulfToday 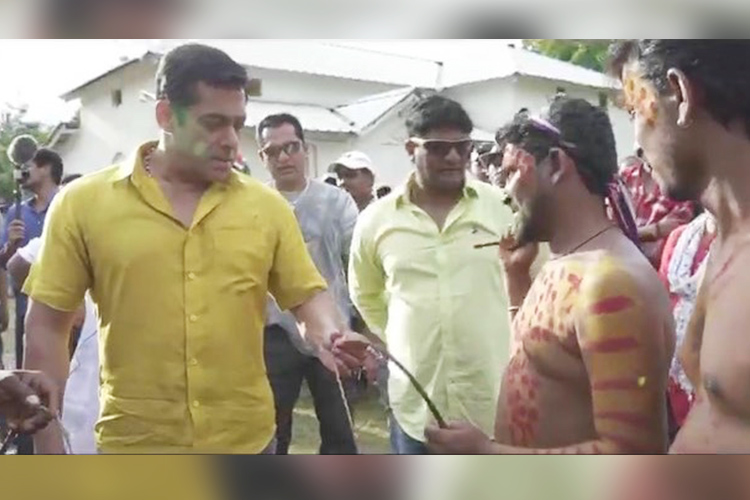 Superstar Salman Khan on Saturday shocked everyone by sharing a video in which he is seen whipping himself.

In the video, the "Kick" star is seen interacting with the local people and watching how they whip themselves. Later, Salman took the rope in his hand and tried to hit himself.

Sharing the video on Instagram, Salman has said that he finds pleasure in sharing pain.

"There is a pleasure in feeling and sharing the pain ...ahh. Baccha party, don't try this on yourself or on anyone else," he captioned the video.