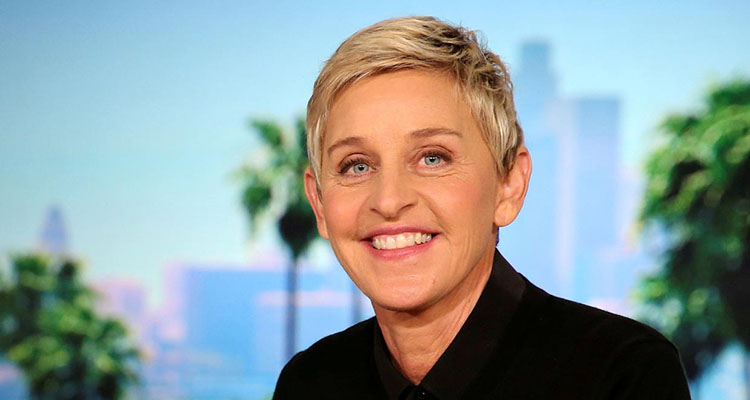 Hollywood celebrity and American television show host Ellen DeGeneres has asked fans a rather bizarre question on Twitter: Have they have ever texted their bosses accidentally while thinking that they were texting a friend or the significant other?

"Have you ever thought you were texting your significant other or friend, and accidentally ended up texting your boss?! We want to see your text exchange! #SorryBoss," 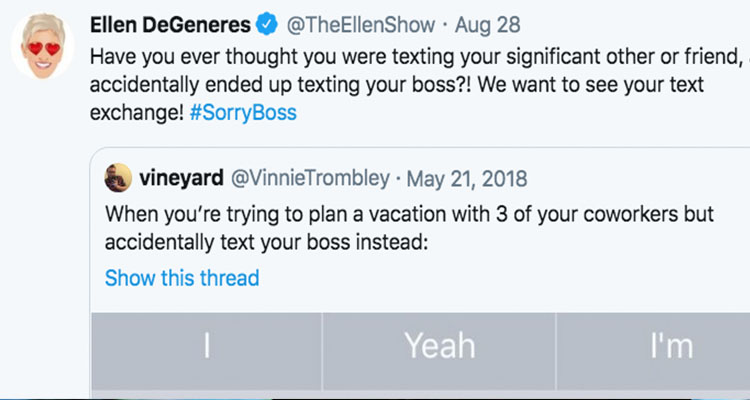 A screenshot of a tweet shared by Ellen regarding sending the wrong text to the boss.

Ellen also shared a tweet by a man who actually accidentally did something even more bizarre he sent a text about his boss to his boss!

Ellen's post caught popular fancy, and in no time users were pitching in with replies. The hashtag #SorryBoss also started trending.