Sweat or chill out with these hot and cold books - GulfToday

Sweat or chill out with these hot and cold books 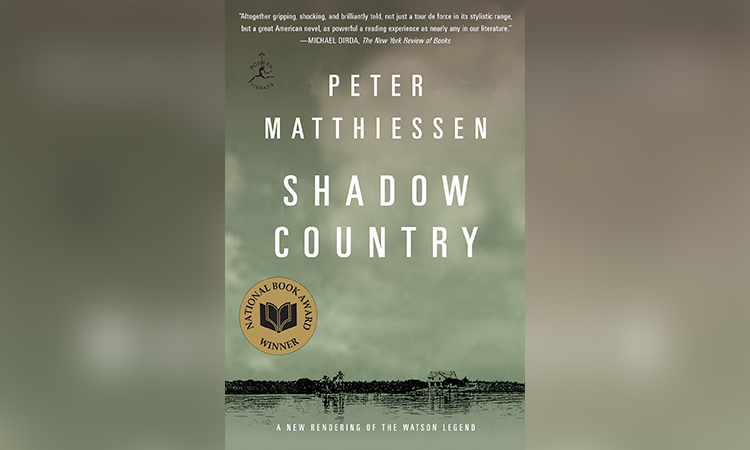 Hot enough for you? If not, you can read your way into roasting weather — or into chilly climes. Here are a few books to consider to change your internal weather.

Much of this epic historical novel about real-life Florida settler and outlaw Edgar Watson is set in the Ten Thousand Islands along the southwest coast. It takes place around the turn of the 20th century, when air conditioning was little more than a daydream and the mosquitoes were so thick you’d hardly notice the 99% humidity. No wonder Watson often felt like shooting someone.

The state’s steamy weather is an inescapable element in this sterling collection of short stories. Whether it’s a suburb on a sultry late night, a remote hunting camp in the sweltering woods or a herpetologist’s house on the edge of a swamp, both teeming with snakes, Groff captures the side of Florida that is “A damp, dense tangle. An Eden of dangerous things.”

‘THOSE WHO WISH ME DEAD’ BY MICHAEL KORYTA

Not all hot novels are set in Florida. In this tense thriller, a teenager flees a couple of hired killers, only to land smack in the middle of a raging Montana wildfire so vividly depicted it practically scorches the pages. Look for the film version, starring Angelina Jolie and Nicholas Hoult, in 2020.

Settings don’t get much steamier than the Everglades, where the Bigtree family make their living running an alligator show on a tiny island. But when their mother dies and their father disappears, the kids — Osceola, Kiwi and Ava — must find their own way, which includes Kiwi’s job at a Hell-themed tourist attraction and Ava’s quest to the hot heart of the Glades.

‘THE SHIPPING NEWS’ BY ANNIE PROULX

This wonderfully quirky novel, winner of the Pulitzer Prize and the National Book Award, is about a quintessential loser named Quoyle. Despite the bleakness of his life as the book begins, it’s ultimately a warm and hilarious tale, and the bone-chilling Newfoundland weather plays a vital role.

Chabon combines hard-boiled mystery with alternative history in this imaginative tale. The premise: Israel was destroyed just a few years after World War II, and a temporary settlement for Jewish refugees in Sitka, Alaska, is now almost 60 years old. Homicide detective Meyer Landsman traverses the chilly city trying to solve a killing that may be much more than it appears.

‘HELL IS EMPTY’ BY CRAIG JOHNSON

One strength of this series about Absaroka County Sheriff Walt Longmire (basis for the Netflix TV series) is its ruggedly beautiful Wyoming setting. In this gripping book, Longmire is transporting a sociopathic child killer to find one of his victim burial sites when they’re engulfed in a brutal ice storm in Cloud Peak Wilderness Area.

‘INTO THIN AIR: A PERSONAL ACCOUNT OF THE MT. EVEREST DISASTER’ BY JON KRAKAUER

This nonfiction account of an infamous 1996 attempt to summit the peak that left eight climbers dead reaches its climax in journalist-mountaineer Krakauer’s harrowing first-person description of a vicious snowstorm that descended on the climbers.