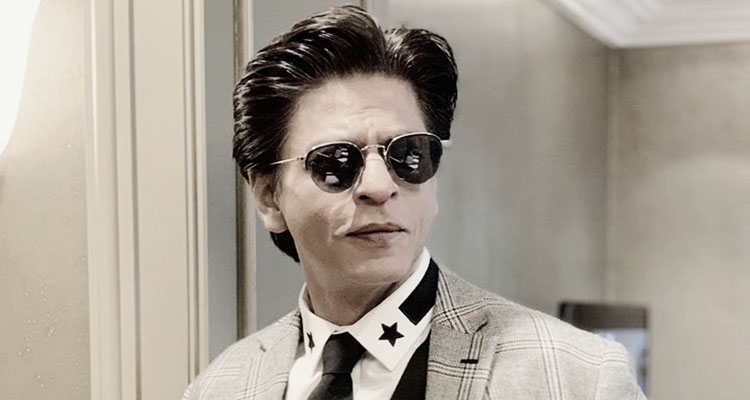 The function was held at the heritage Bandra station premises with School Education Minister Ashish Shelar and Western Railway General Manager A.K. Gupta and scores of staffers celebrating the event.

WR chief spokesperson Ravinder Bhakar said the Bandra Railway Station "once considered as the gateway to Bollywood' for the large number of film personalities, including SRK, living in this posh Mumbai suburb, is a notified Grade I Heritage Building and ranks among the finest suburban stations of the city.

"Now 130 years old, the Bandra station building is an excellent architectural blend of Victorian Gothic and the Vernacular styles of architecture with a Grecian facade, standing out as a prominent landmark," said Bhakar.

Sloping Mangalore-tiled roofing, a spacious layout, and other outstanding features add to the beauty and old world charm of the station as the suburb developed into a modern one with tall skyscrapers.

The Bandra station was first opened 155 years ago, on Nov. 28, 1864, serving the commuters of WR's suburban section.

However, the magnificent heritage station building that stands today was built only 24 years later, and was thrown open in 1888, Bhakar said.

Over the decades, it expanded from just two lines in the up and down directions to four, plus functions as a Central Railway (CR) Harbour Line junction for nearly a century.

Adjacent to it are the Bandra Terminus and the Lokmanya Tilak Terminus, operational for the past nearly three decades, to reduce the passenger load on the other three termini -- the Mumbai Central Terminus and Dadar Terminus (WR) and the Chhatrapati Shivaji Maharaj Terminus (CR).