US marks the arrival of Angela, the 'Eve' of enslaved Africans - GulfToday 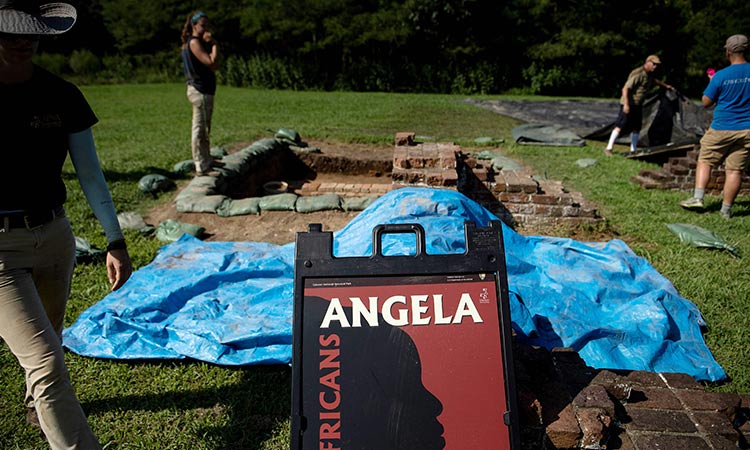 Archaeologists work in an area associated with Angela at the Colonial National Historical Park. AFP

Carefully raking through soil in suffocating heat at an archaeological dig site in historic Jamestown, Charde Reid is working hard to retrace bits of the life of Angela, who arrived here from Africa 400 years ago.

After a terrifying crossing of the Atlantic, Angela was one of the first African slaves known to reach the first permanent English settlement in North America, which would later be part of the United States.

"I see a lot of connections with my own family's background, and what began here, in 1619," said Reid, a 32-year-old African-American Virginia native. 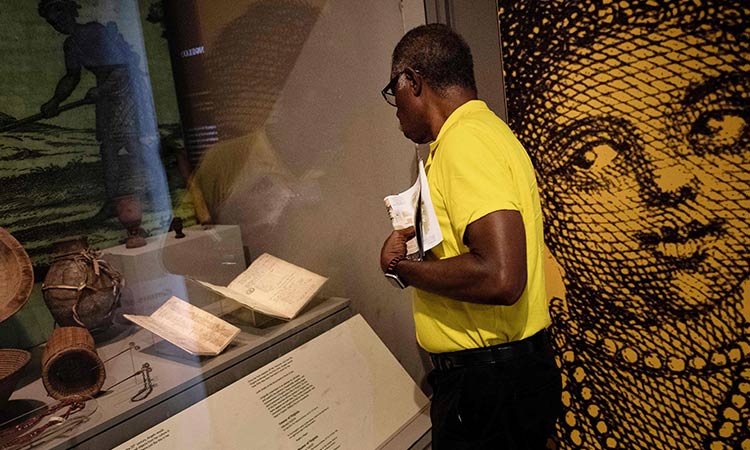 A man looks at a census and a muster of Virginia which mentions Angela. AFP

She calls the first slaves to reach the state "our foremothers and our forefathers — of not only African-American culture, but American culture in general."

At the time, Portuguese and Spanish slave traders had already been selling Africans as labourers in the Americas — Brazil, for instance — for nearly a century.

Originally from the kingdom of Ndongo, in what is now Angola, Angela was loaded onto a Portuguese ship in Luanda, which then headed to Veracruz, in the Spanish colony of modern-day Mexico.

Nearly a third of the 350 slaves died before the Atlantic crossing was complete because of the dire conditions on board the vessel. 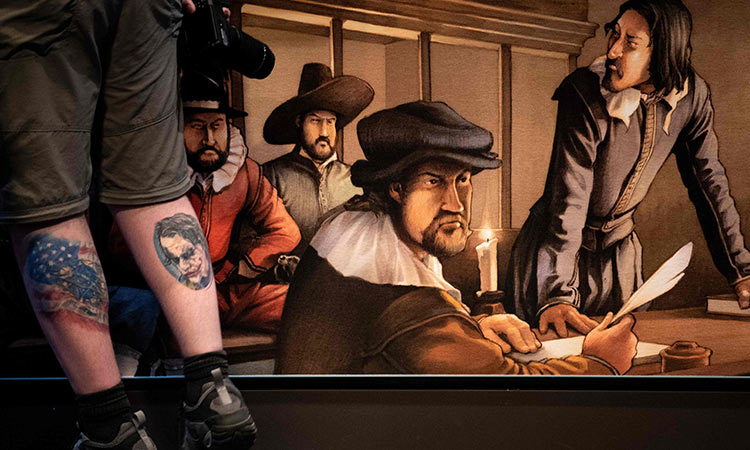 A man views an exhibit about Colonial Virginia at the Jamestown Settlement. AFP

The first of the two, the White Lion, arrived in Virginia in "the latter end of August" 1619, wrote John Rolfe, a wealthy English settler who was the husband of Pocahontas, whose father was a powerful native American tribal leader.

The second ship, the Treasurer, arrived soon thereafter, dropping off a small group.

The only woman whose name was preserved for history was Angela, "the first documented African woman in Virginia," said Bly Straube, the curator at the Jamestown Settlement, a living history museum. 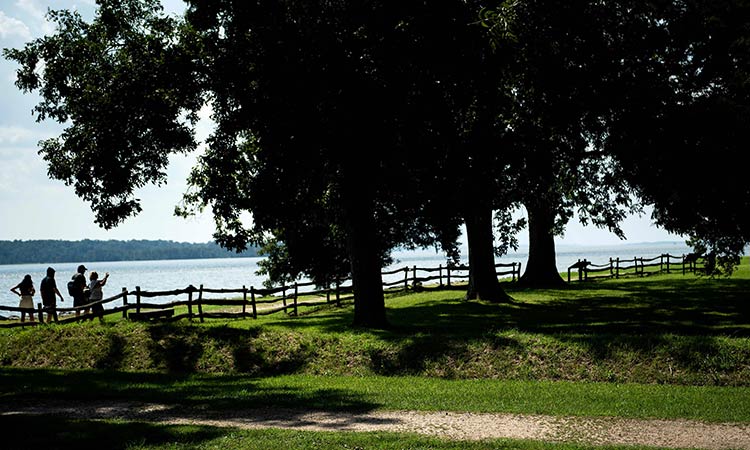 Tourists walk a path believed to have been the road used by some of the first Africans. AFP

Standing on their shoulders

Their arrival marks the beginning of a dark period of US history: 250 years of slavery followed by a long period of racial segregation, the repercussions of which are still felt in American society.

The enslaved Africans arrived shortly after settlers founded the first local legislature on July 30, 1619 — in what Horn calls a "paradox" of history.

Just weeks after "the first expression of our democratic experiment" came the arrival of people "stripped of their rights, and even their identity," the historian said.

"That's a fundamental part of our story as Americans." 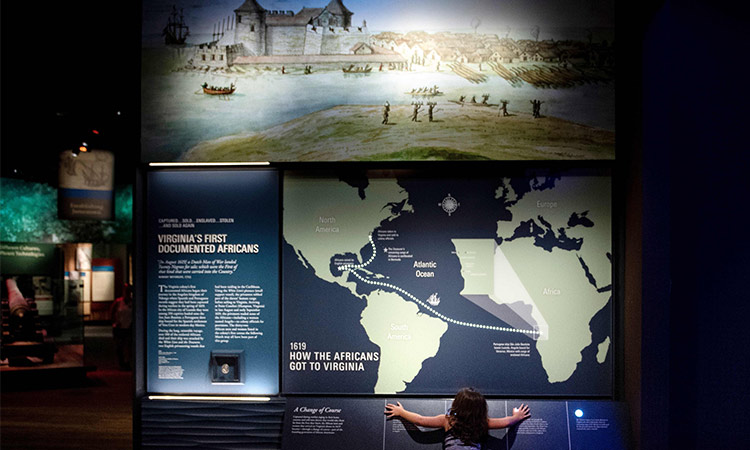 People view an exhibit about slavery at the Jamestown Settlement. AFP

He says "it's really emotional" to think about the first Africans arriving in Virginia, including Angela.

"That's 400 years ago. Who would have ever imagined that I would be here standing on their shoulders?"

About 30 Africans in all were counted in Virginia in early 1620.

Angela's name appears in the colony's census documents in 1624 and 1625 — she is listed as "Angelo." Some historians disagree on her actual name, which was probably given by the Portuguese. 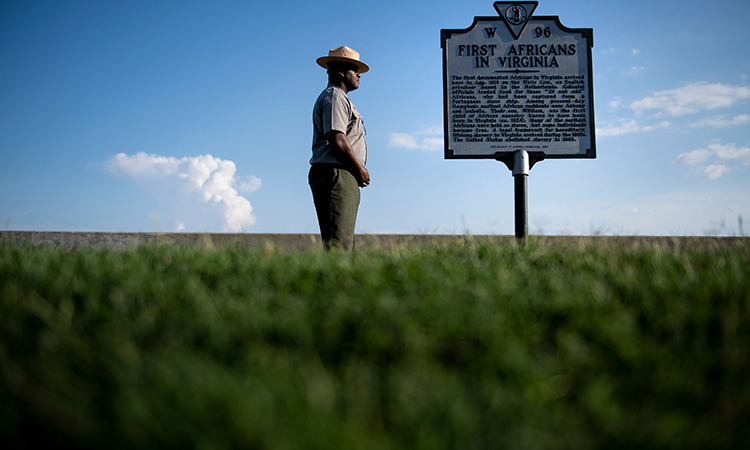 She also likely lived alongside white servants, according to Straube and Horn.

It was only 40 years after Angela's arrival, in around 1660, that several English colonies in North America decreed that slave status would be transmitted via the mother.

Interracial marriage was banned, a prohibition that continued in some US states well into the 20th century.

After 1625, Angela disappears from the records, but her name is now more than ever in the spotlight in Jamestown.

Research on the first Africans gives "the fuller story of the American past, which we're still struggling with," said Reid.

"I am very optimistic that we are having a sea change here. And it's really, really incredible to be a part of it." 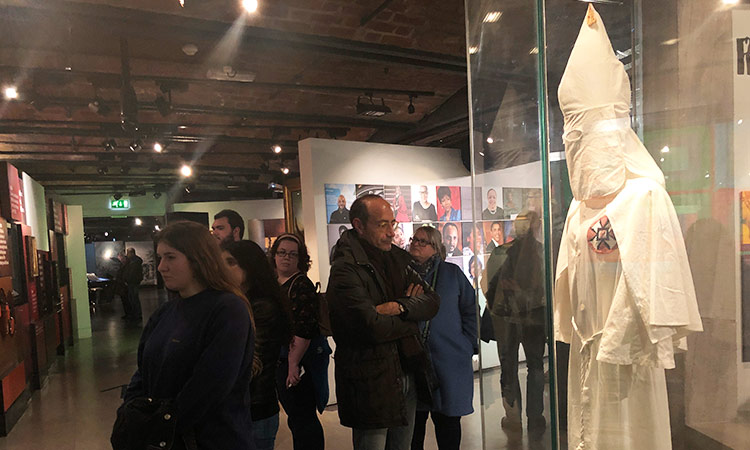 The International Slavery Museum in Liverpool, England, seeks to tell the story of the enslavement of people from Africa and how the British city benefited from human bondage.