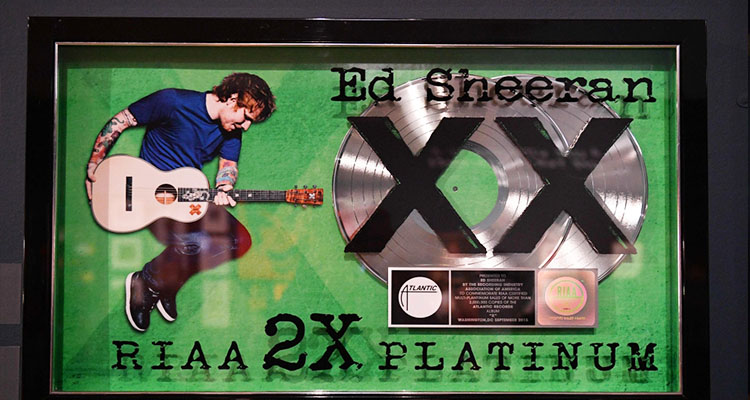 The little-known town of Ipswich in eastern England has historically prided itself on farming and football, but is now celebrating the stellar pop career of its most famous son, Ed Sheeran.

The global hit machine's journey to stardom began in the nearby town of Framlingham, where he played his first gig in front of around 30 people.

Fourteen years later, the singer is capping off a two-year international tour, on which he played for almost nine million people, with four homecoming shows in Ipswich. 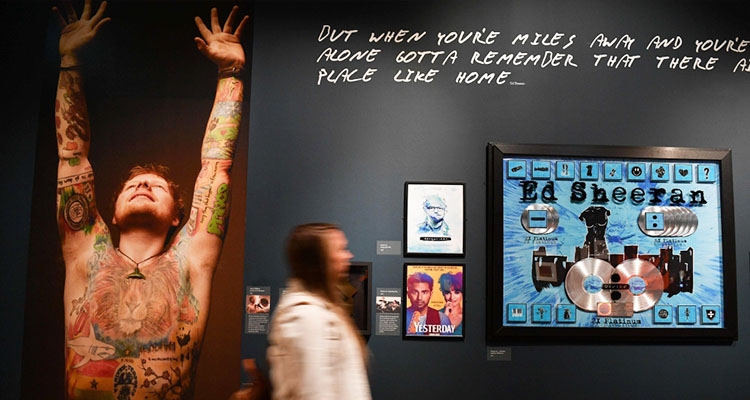 A visitor pases photos and platinum records displayed during a press preview of the exhibition 'Ed Sheeran: Made in Suffolk.'

An exhibition entitled "Made in Suffolk", will mark the event, tracing the career of the singer/songwriter responsible for hit singles such as "Shape of You", which helped him amass a £160 million ($194 million, 175 million euro) fortune.

His career took off with the 2011 release of his first album, "+", followed by a series of hits including "Don't", "Thinking Out Loud" and "Castle On The Hill", which explores his love of growing up in rural Suffolk. 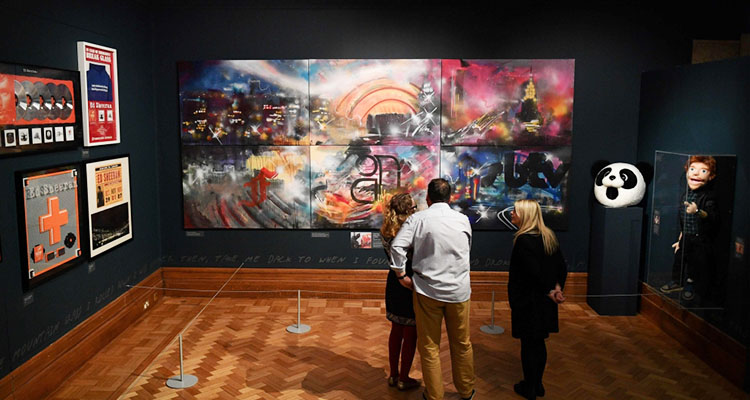 Visitors look at an image painted as a birthday present for British musician Ed Sheeran.

The exhibition presents both the superstar who electrifies crowds at concerts in Germany, Australia and the United States -- captured by photographer Mark Surridge -- and also the four-time Grammy winner's more private side.

A bronze sculpture depicting a young Ed and his brother embracing each other is on show, as well as several drawings, including an Andy Warhol inspired self-portrait in orange and black, his favourite colours. 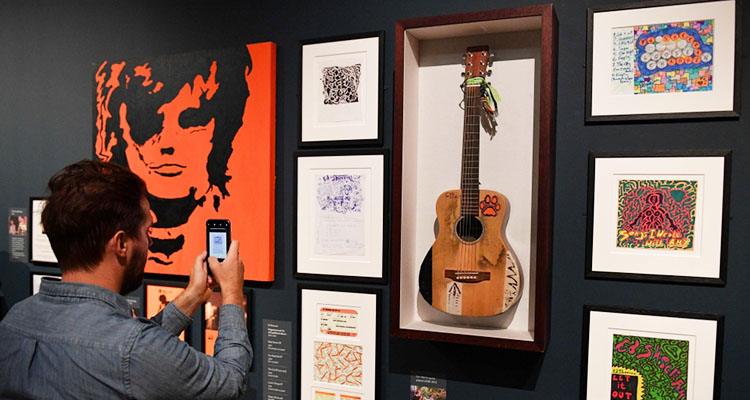 A visitor takes a photograph of British musician Ed Sheeran's 'Martin' guitar, used by the artist between 2008-2012.

Other highlights of the free exhibition, which runs until spring 2020, are two of his guitars, one of which he named "Cyril", and which starred in more than 300 concerts in 2009.

There is also a puppet of the performer used in the video clip for "Sing". 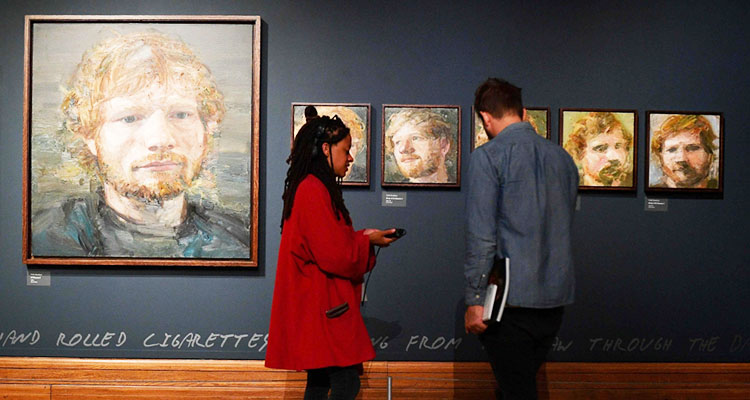 In Ipswich, the superstar is a hero.

The Swan pub in the town centre sells postcards and other memorabilia, and even keeps a bottle of Sheeran's favourite ketchup in a plexiglass box "in case Ed comes".