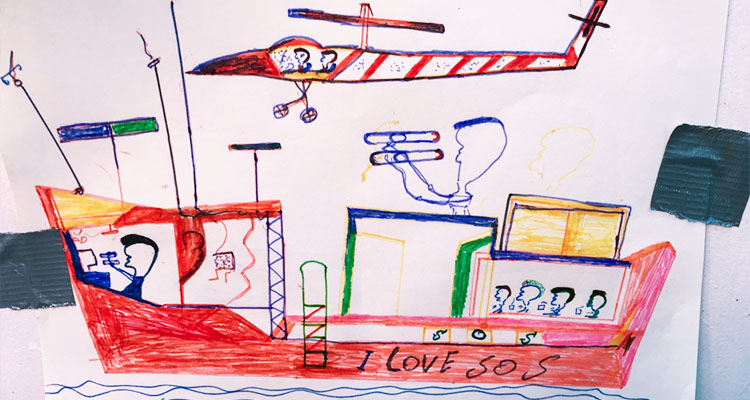 A drawing made by rescued migrants depicts the rescue operation.

Torture in Libya, war in Darfur, a home village in southern Sudan and the emblematic baobab tree in Senegal -- the drawings displayed on the bridge of the Ocean Viking rescue ship tell of the lives of the migrants on board.

As they wait for a welcoming port in Europe, the 356 migrants plucked by the ship operated by SOS Mediterranee and Doctors without Borders (MSF) were invited to take some crayons and paper and draw their worst nightmares and their best memories. 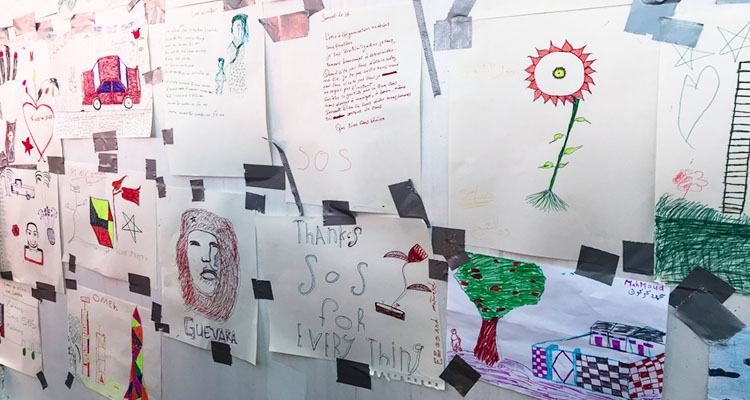 With their drawings, the Ocean Viking's passengers tell the worst parts of their journey.

Surrounded by his countrymen, Arun Mohamed explains his images to an AFP correspondent aboard the vessel.

Sudan's Darfur region was in flames when he fled in 2011 during the conflict to go to the capital Khartoum and then on to Libya. His drawing showed planes targeting his home, the roof on fire and his family fleeing. 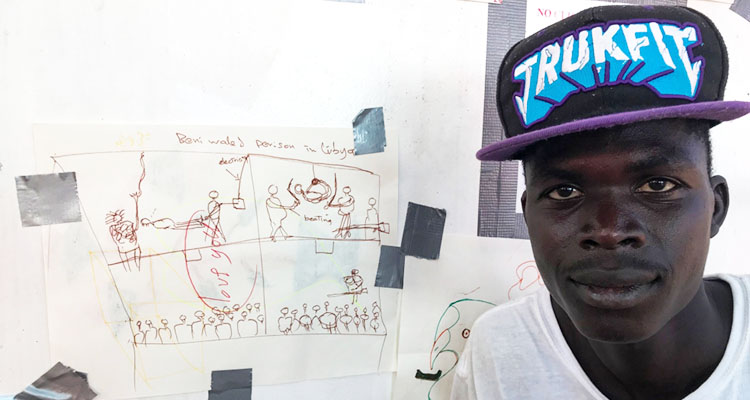 A rescued migrant called Adam, 18, poses next to his drawing of a torture scene in Bani Walid secret prison.

A sketch by Adam, 18, who dreams of becoming a professional footballer, depicts a young man in Libya hanging from the ceiling, his feet and hands tied, as two men thrash him before other prisoners lined up.

"Yes, it was like that, we waited in a line, each one facing his turn," murmurs some in the crowd that had gathered around the artwork. 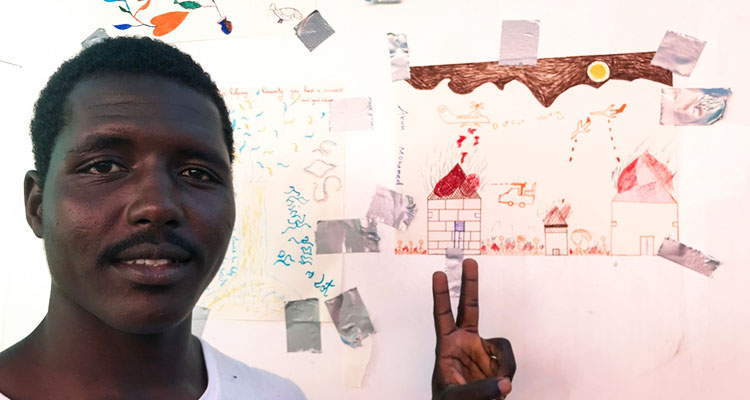 A rescued migrant called Arun Mohamed poses next to his drawing of the Darfur under the bombs.

Another image was a map of Libya in blood red. "Good-bye hell," says the artist Allahaddin, smiling and making a V sign for victory.

Some like Ezzo prefer to remember good things: his bucolic village on the banks of a lake where he learned to swim not far from Nuba Mountains in Sudan.

The drawings also tell how the migrants floundering at sea in small, flimsy boats were saved 10 days ago and taken aboard a big red rescue ship, as the Ocean Viking remains stranded in the Mediterranean waiting for a European nation to allow it to pull into port.